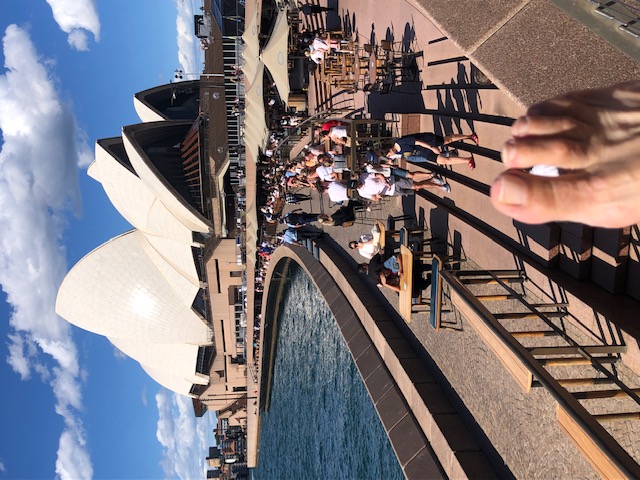 I got a bit depressed re-living my food and drink-less days in Hong Kong, but even when I was there, all was not doom and gloom. 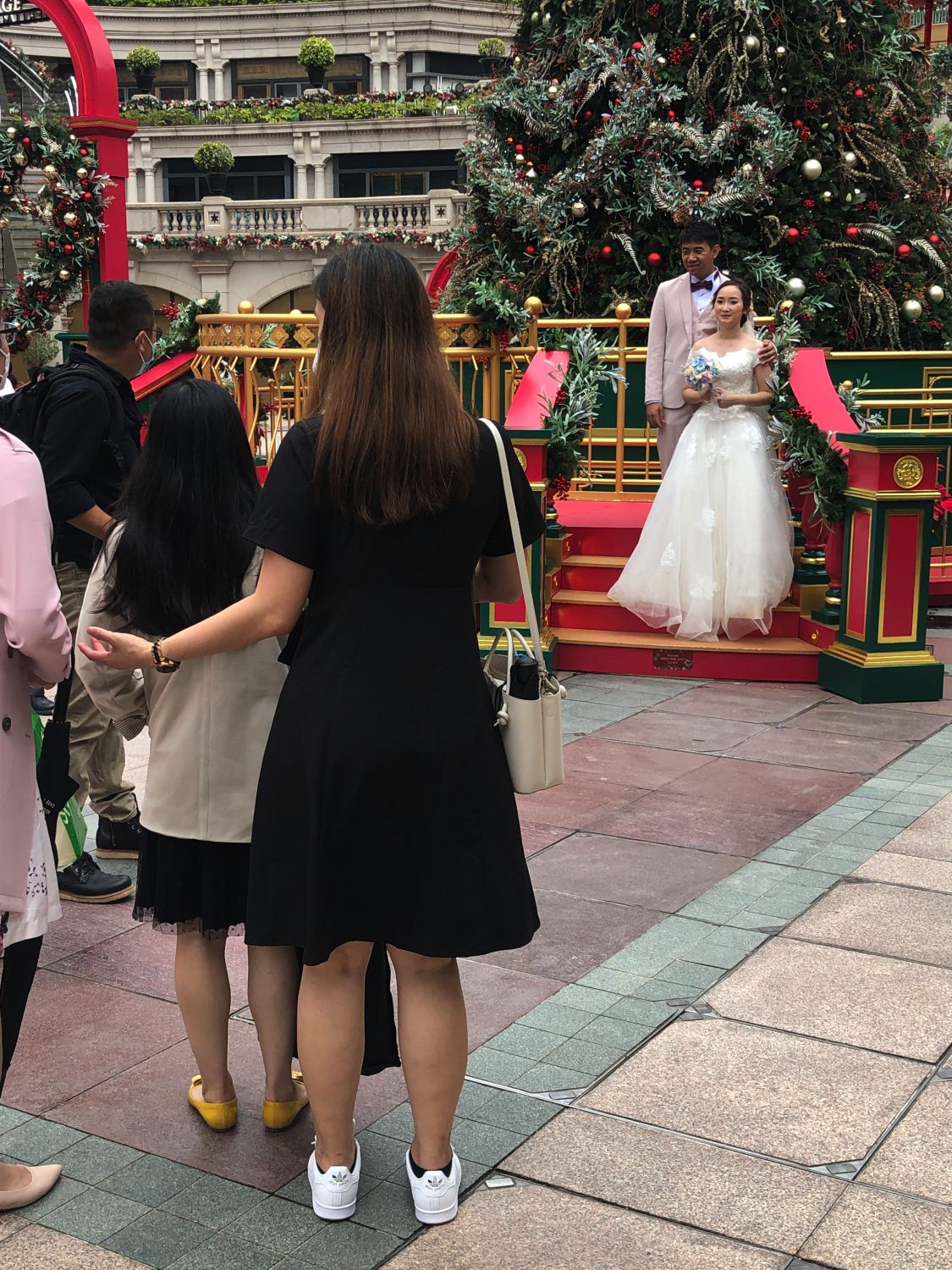 One reader took exception to my impression that a Hong Kong where even toddlers had been forced to wear masks for three years was looking sad and forlorn. She protested that there was much happy interaction using eyebrows, adding: You see what you want to see.

Do I? I think what I desperately had wanted to see was a happy and smiling Hong Kong, vibrant, hard working and upwardly mobile. Not a sea of dentists where I was a leper who wasn't even allowed to have a coffee on the pavement. 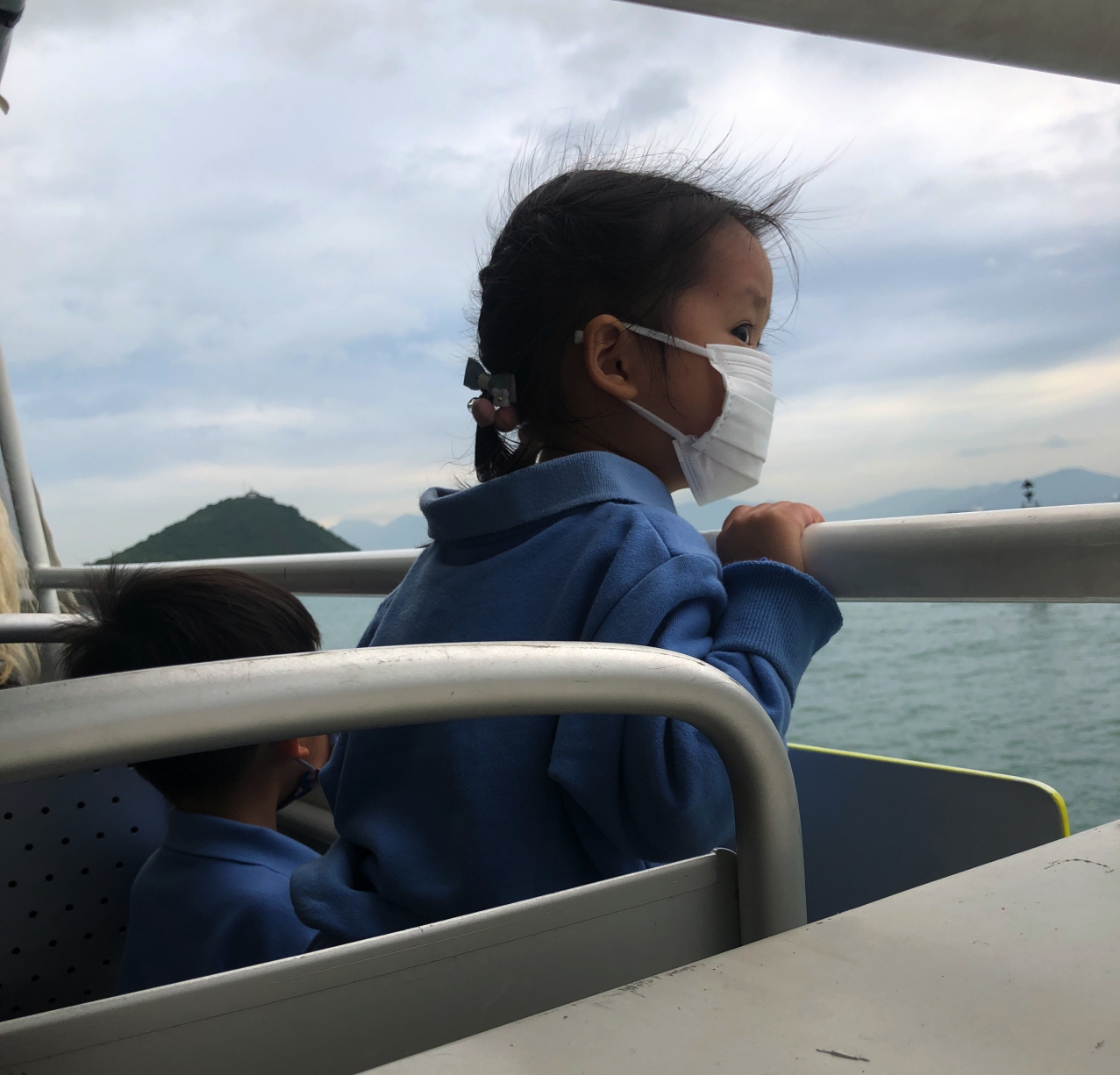 Anyway, I had predicted this even before leaving Mallorca, so I had craftily, but which turned out to be stupidly, bought a return ticket to Sydney to see my Australian friends and get away from masks for a while.

I especially felt an urge to see my friend Lydia who had been my Cantonese student in Hong Kong from 2006, and who gave me three pieces of advice so excellent that I have been following them ever since. 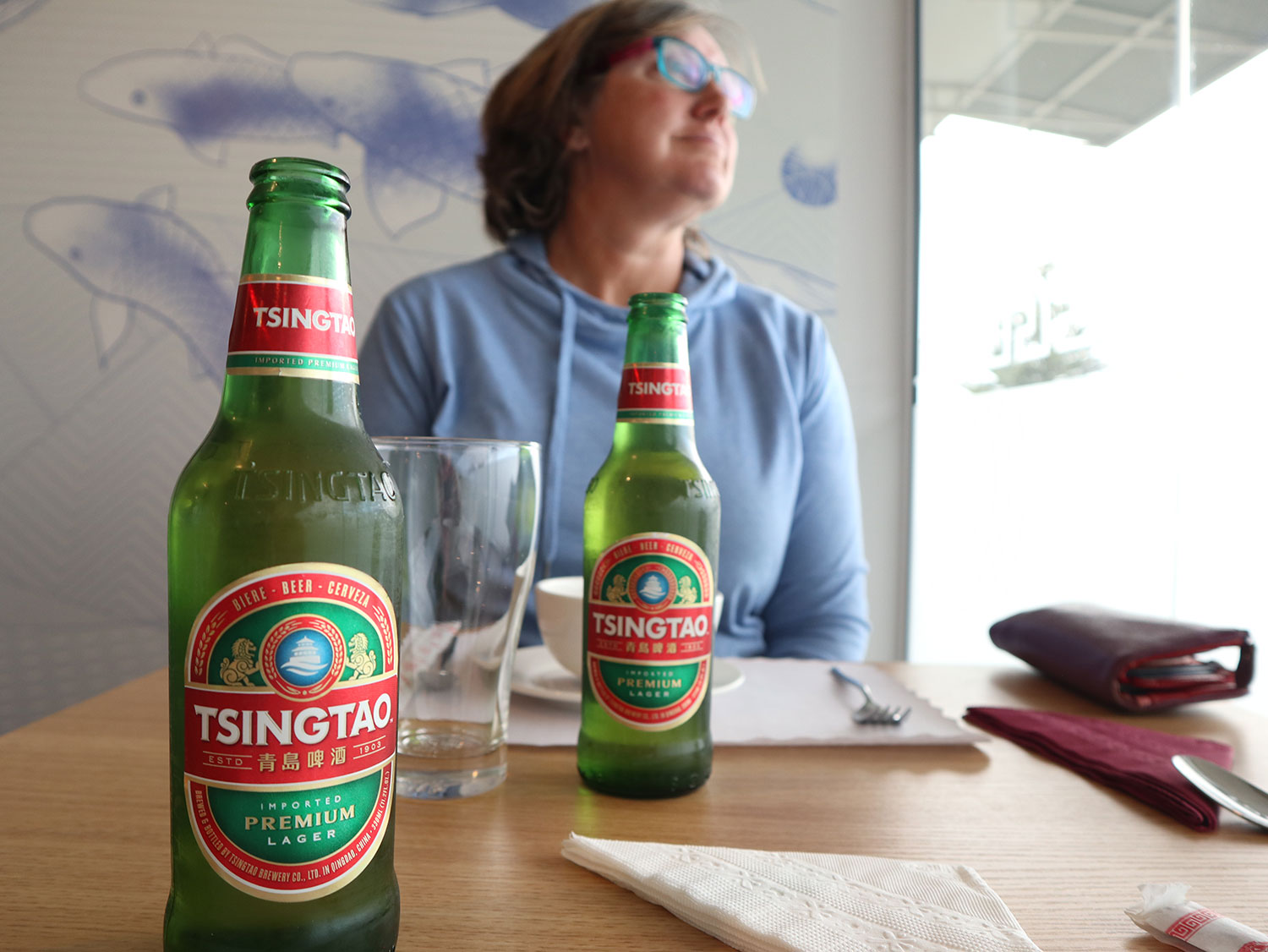 1. Me: I would like to have a tv programme. Lydia: Get a video camera and make your own tv programmes!

Little did she know that I would start filming more or less the next day, and with her in a starring role!

2. Nespresso machine. On one of my many trips to Sydney (in 2015?) she showed me this wondrous thing. I had stopped smoking a few years earlier and needed a new, socially acceptable addiction. Coffee is excellent! It really blackened my teeth though, whereas Lydias' are still sparkling white.

- the most beautiful cups to hold the above. 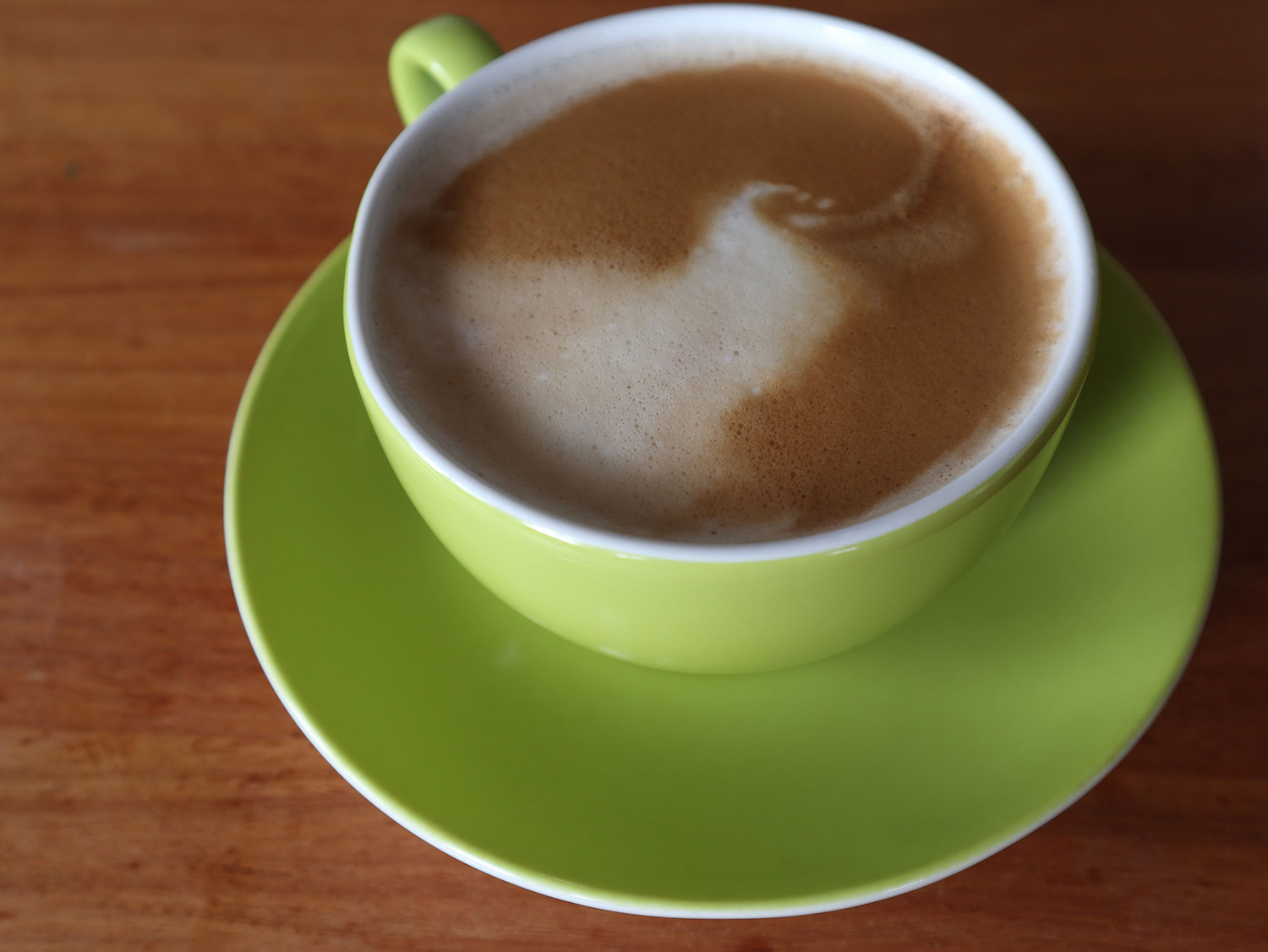 However! Talking of coffee. On the way back from Moruya, where Lydia now lives, I decided to go by train from Canberra, possibly the only station in a world capital that has kangaroos jumping around right outside the entrance.

I love trains, so this was four hours well spent, I thought.

That was before I went to the restaurant car, or the car with food and drinks for sale. I bought a coffee and... Let me hasten to add that of course I didn't expect it to be anything like all the excellent coffee I had drunk in Australia, in Lydia's place and elsewhere. But I thought it would be something beginning with Nes, if not Nespresso.

I got back to my seat with the little cup with a lid, opened it and... saw only hot water. What the? Oh, I was supposed to stir in the instant coffee myself?

But it wasn't instant coffee.

It was a coffee bag. Like a teabag, but with some kind of blackened sawdust in it. That's what it tasted of, anyway. That and some stale cardboard.

Back in Hong Kong, I fought my way through a whole "you are very very satisfied with the delivery of our experience, right?" from NSW Rail Link, the kind of questionnaire that every company sends out nowadays after you've already paid heaps for their product, expecting you to spend 10 to 15 minutes praising them on top of what you've paid. But I did it in order to get to Comments so I could advise them to stop this outrage in its track, as it were.

Ahhrghhh! All the questions were tick a box. No space for Comments or even Remarks. That was 12 minutes not well spent. 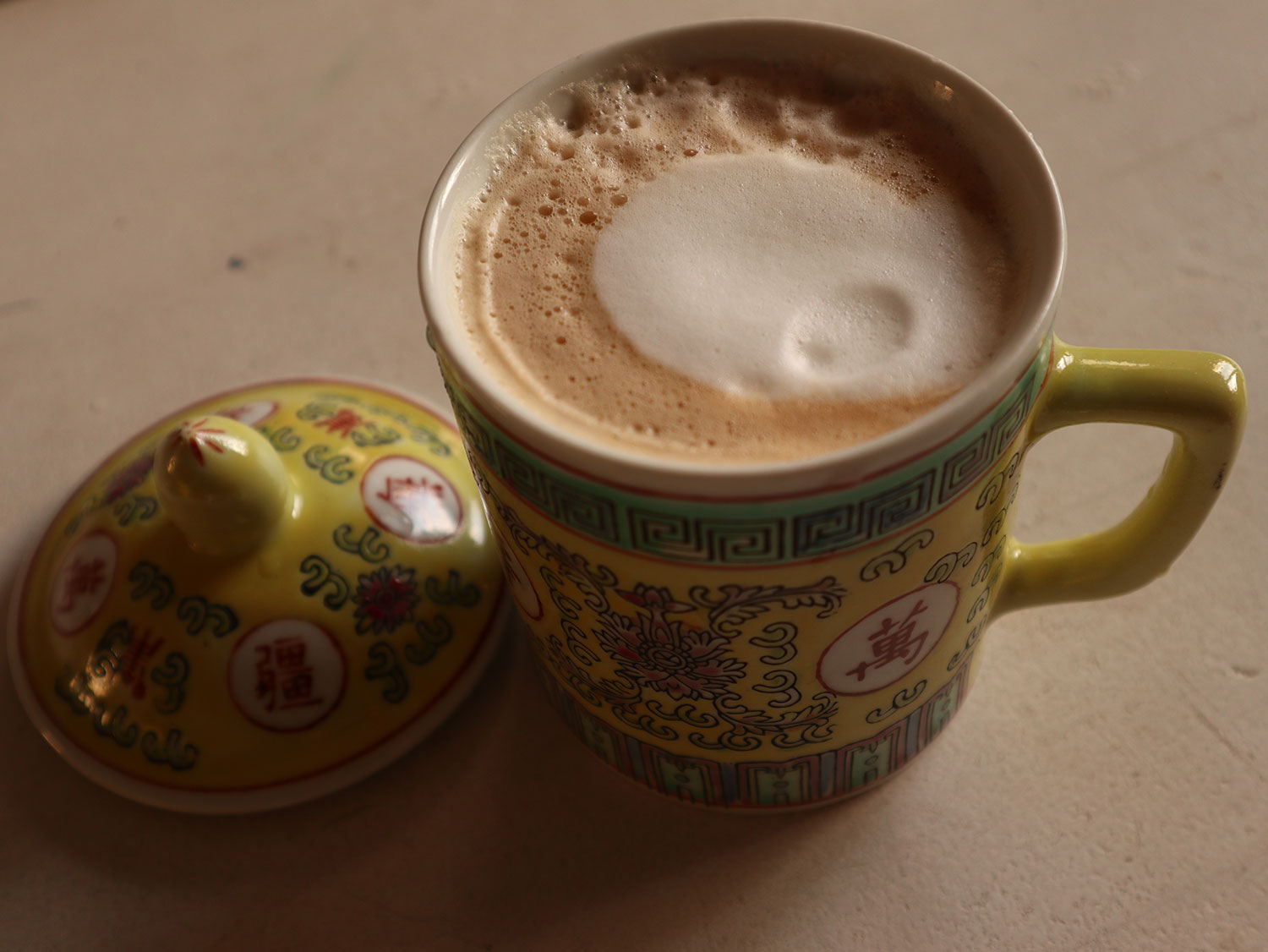 The next day I bought a non Dibbern cup out of spite, so all was not lost. Actually I hadn't much to do except for buying cups, for of course flying back into Hong Kong from Australia I had to start all over again with the QR code, PCR tests and being locked out of the eating and drinking establishments for four days...

Learn Cantonese the Natural Way - from a Norwegian. The Cantonese culture needs all the help it can get, despite the HK government's infinite kindness in, stop press, as from yesterday letting children exercise without masks!!!!!