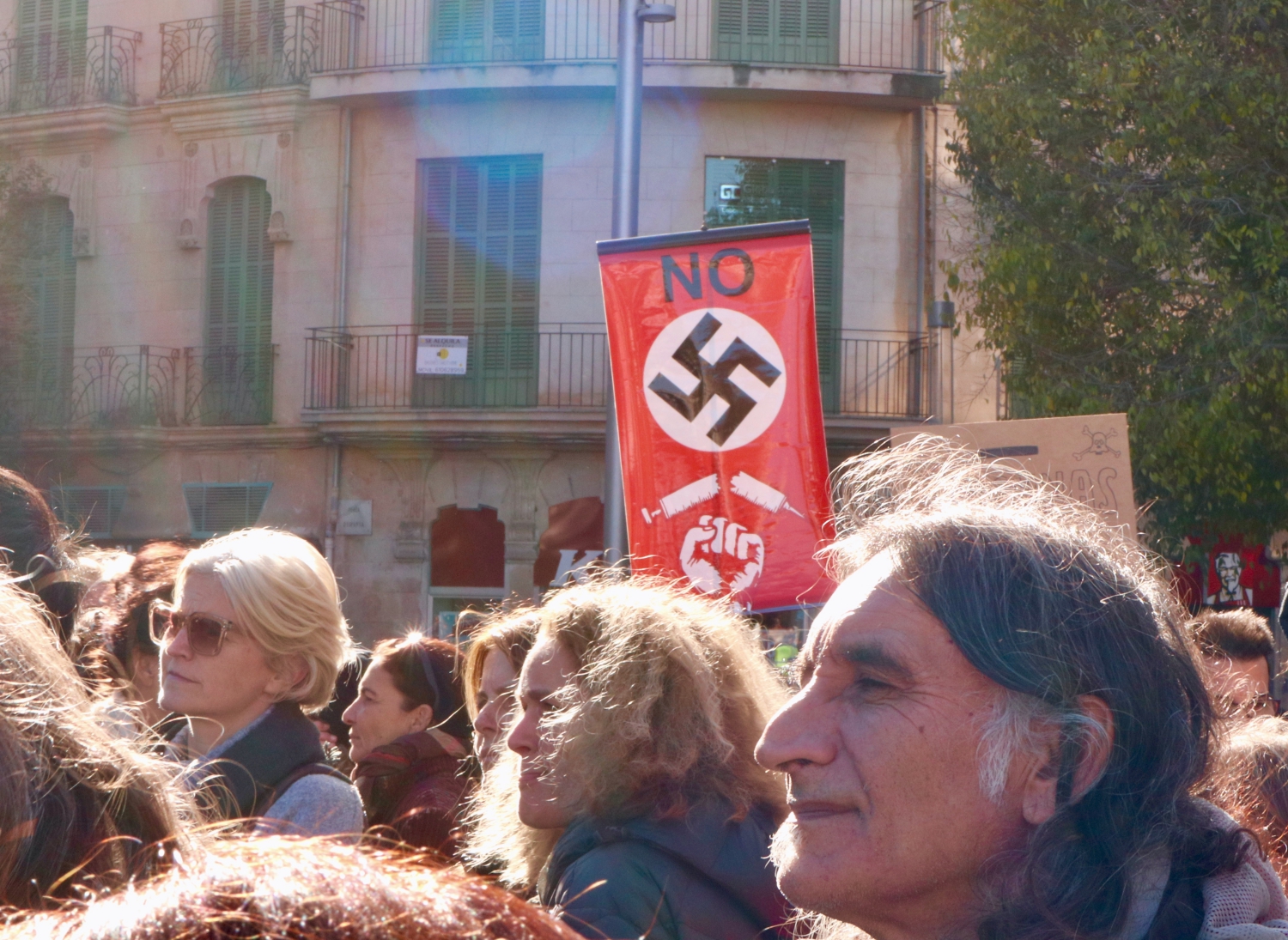 They say that when the Israelites left Egypt

, only about 20% of them really wanted to go. The rest had become used to a life as slaves, full of little humiliations as it probably was, but better the devil you know.

And hey, didn't they receive several meals a week and had a roof over their heads? Why give up a tolerable life to follow Moses into the desert and an almost certain, brutal death just for a brief moment of freedom? You can see their point. 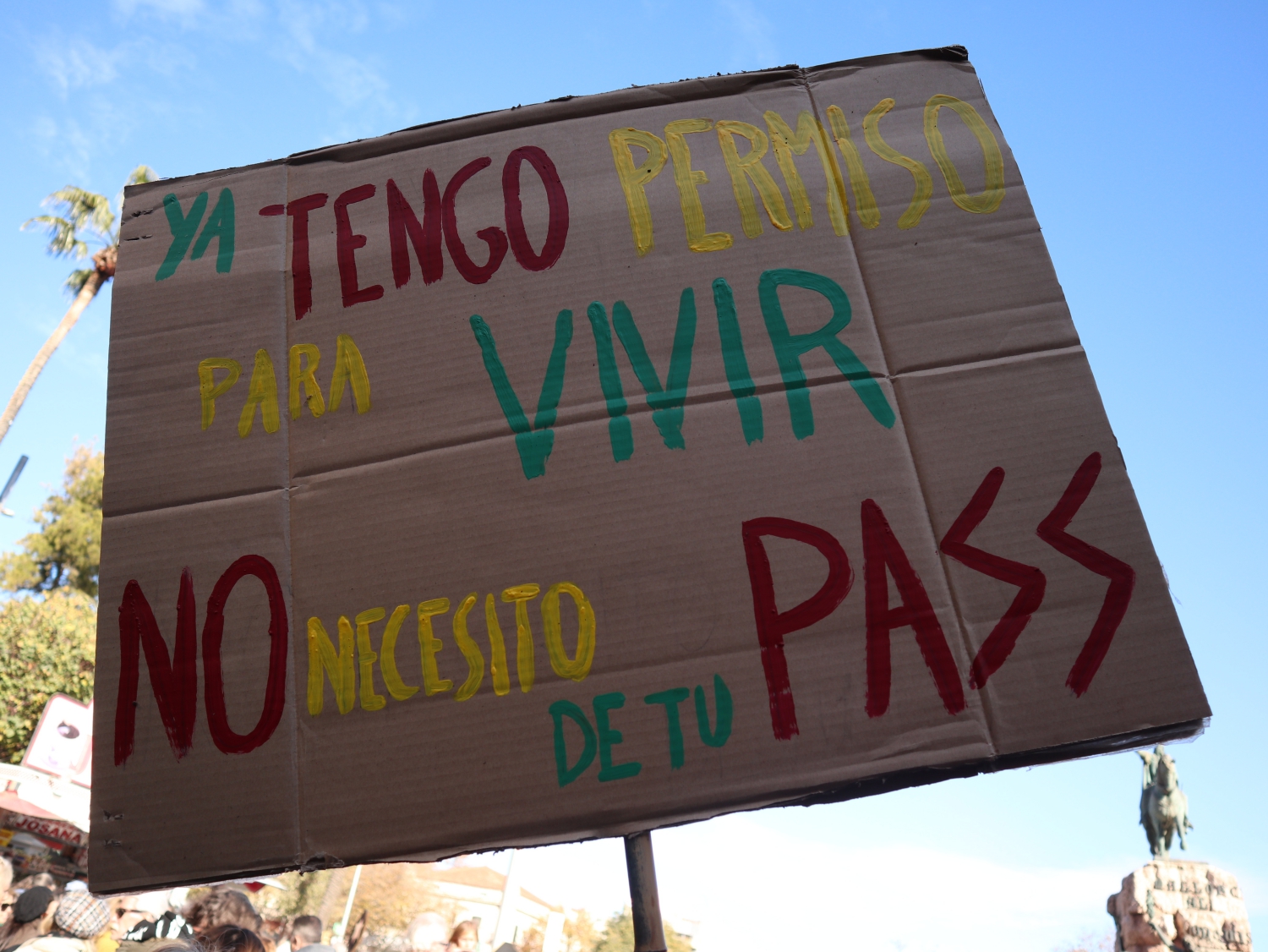 I was thinking about that earlier today when I approached Plaza Espanya and heard cries of "Libertad! Libertad!" and saw a large group of people protesting against the latest attack by the local government on individuals and businesses: The Covid Pass. The mandated showing of papers (yes, yes, a QR code, but what's the difference) to prove that you aren't one of the Untouchables - the people who refuse or are unable to take the "vaccine."*

The speeches went something like: "We are human beings, we don't want to be experimented on, if people want to have the "vaccines" they can, but they should be free not to, this is unconstitutional, how can you segregate people like this, freedom, freedom, just say NO". 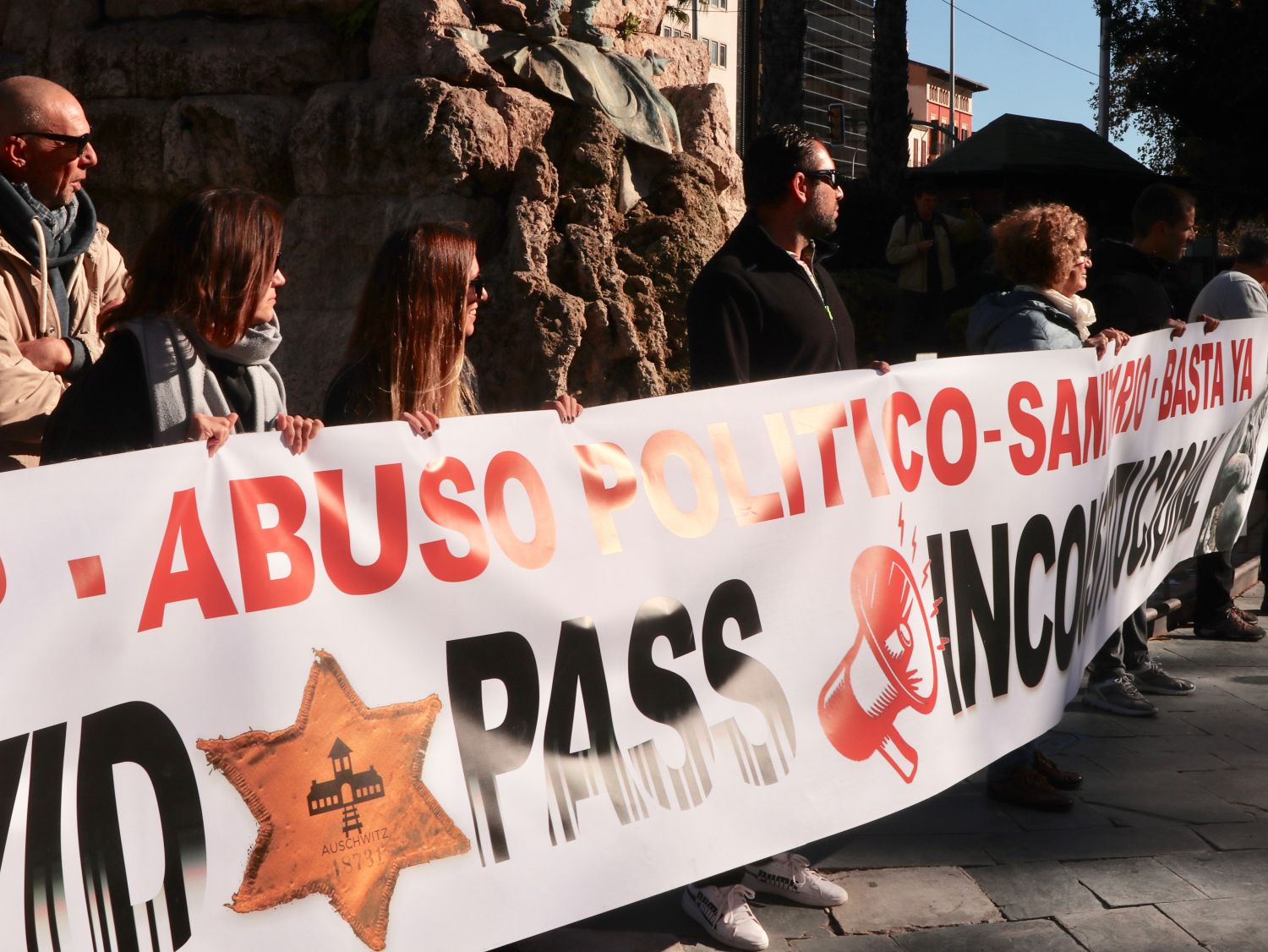 It was an uplifting sight indeed, because I had thought the easy-going Mallorcans would just go along with this as they have with all the other rules and restrictions this socialist government has cack-handedly forced down on people. Maybe the Israelites allegory isn't correct though - more like boiling a frog. A little bit here, a little bit there, and before you know it you are trying to claw your way out of a cattle car headed for Auschwitz. 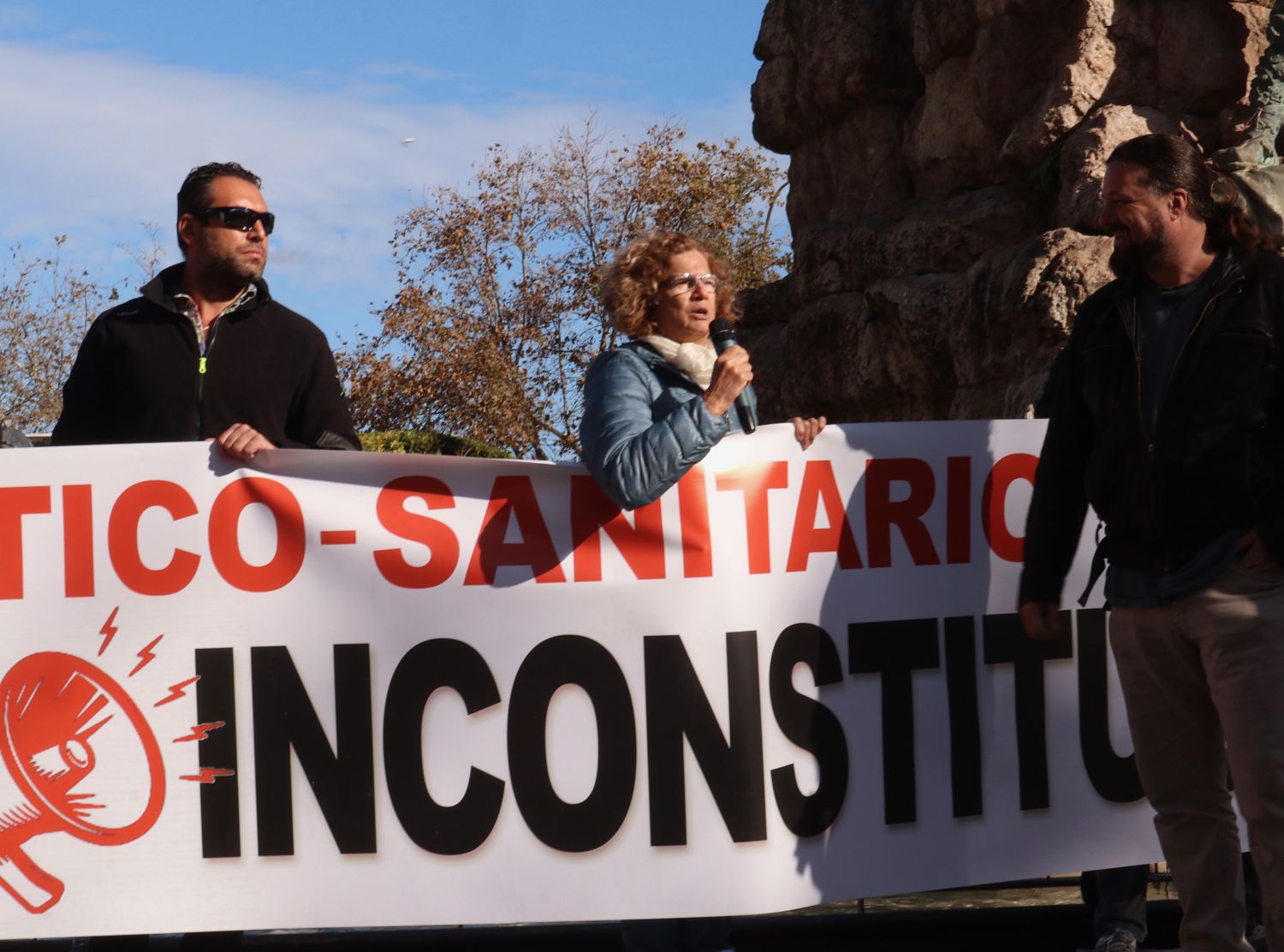 The funny thing was, I had to leave the protest before it was finished because I had been invited to a birthday lunch at Marina Bay, an upmarket restaurant. I had made a present, bought the flowers, was in a good mood as I sauntered into the premises, empty apart from my two friends. 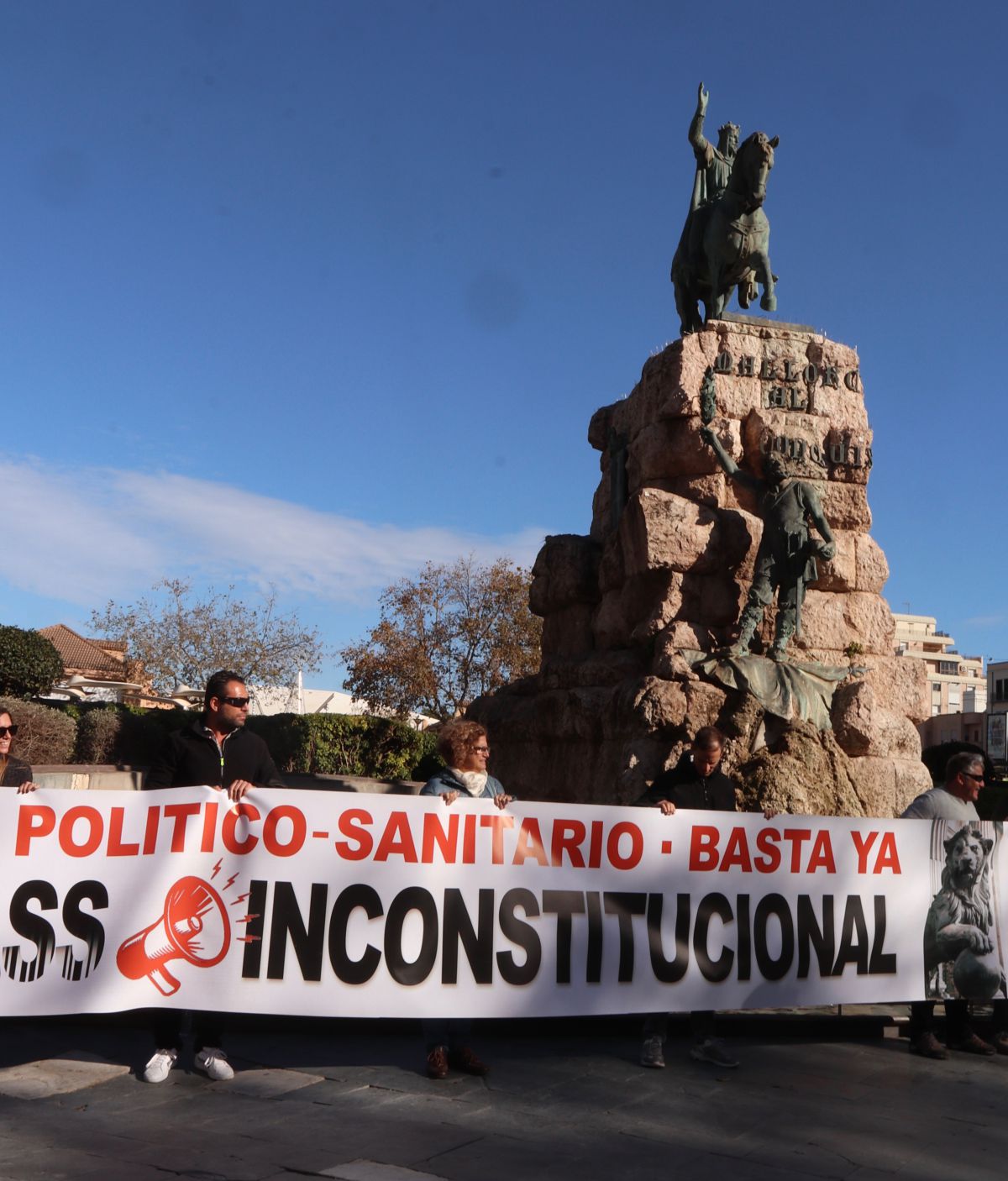 I sat down, ordered a café con leche, and there it was. The waitress, showing signs of discomfort behind her mask.

"Do you have a Covid pass?"

Now, ever since this thing started two years ago, I have tried to see the funny side of this, and I have gone along. I have jeopardised my physical and mental health by being shut inside my house alone for months. I have worn the face nappy breathing in bacteria outdoors and indoors. I have run out of restaurant terraces when the "time's up!" bell went at 16:45. And yes, in order to travel to Norway I have even taken the Moderna jab twice. 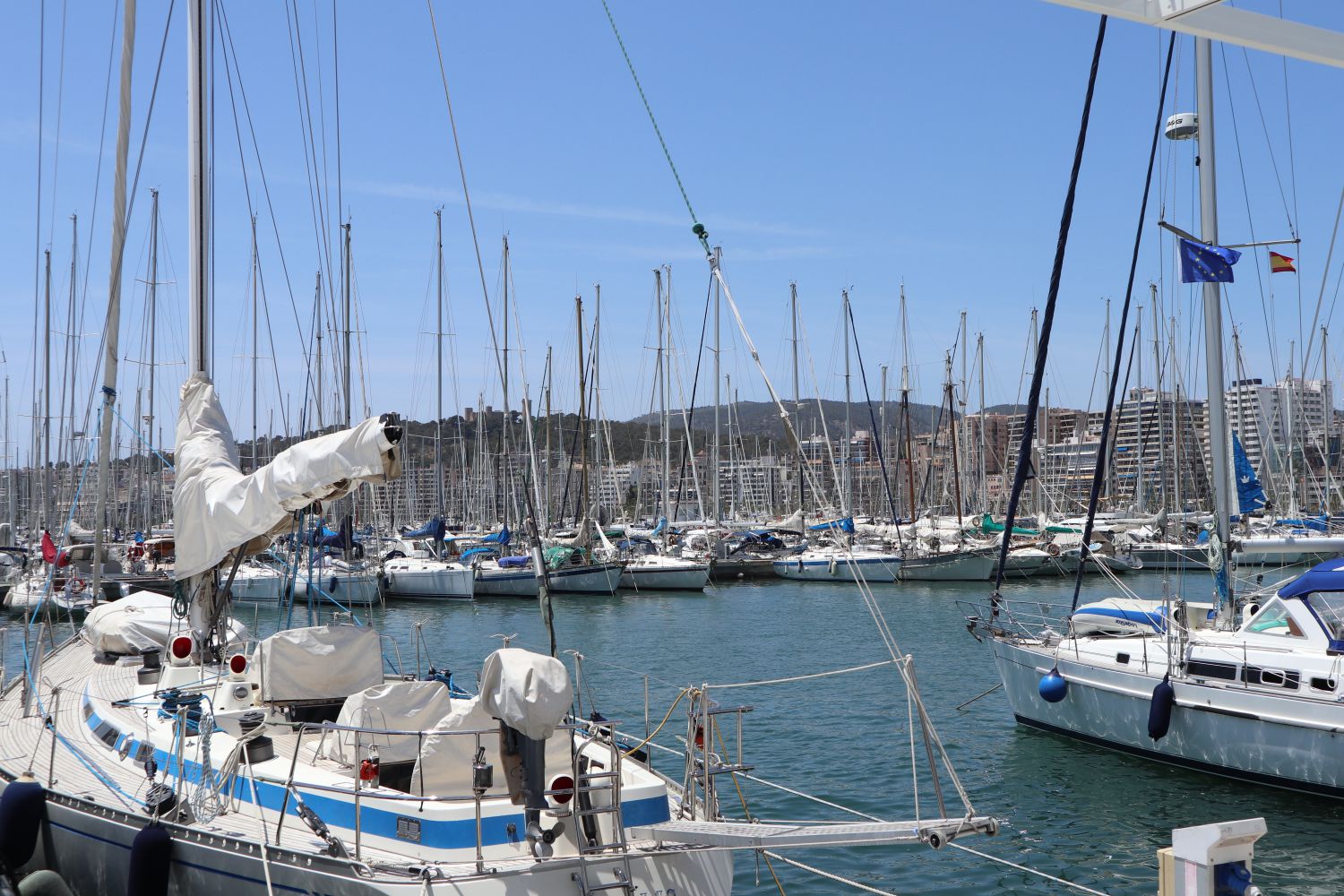 But this is where I draw the line. Show my medical history to a waitress in order to be allowed to be in a restaurant?

NO. No and no. This is not about a virus and hasn't been for ages, it's about control.

So I left. After all, I didn't want to get the restaurant in trouble by helping them to do something unconstitutional.

The noose is tightening. The chipping away at personal freedom, isn't it so very like China? So if you believe in freedom, I advise you to learn Cantonese! There is a connection there.

*Yes "vaccine". How can you call it vaccine when it doesn't give immunity, nor prevents spreading?