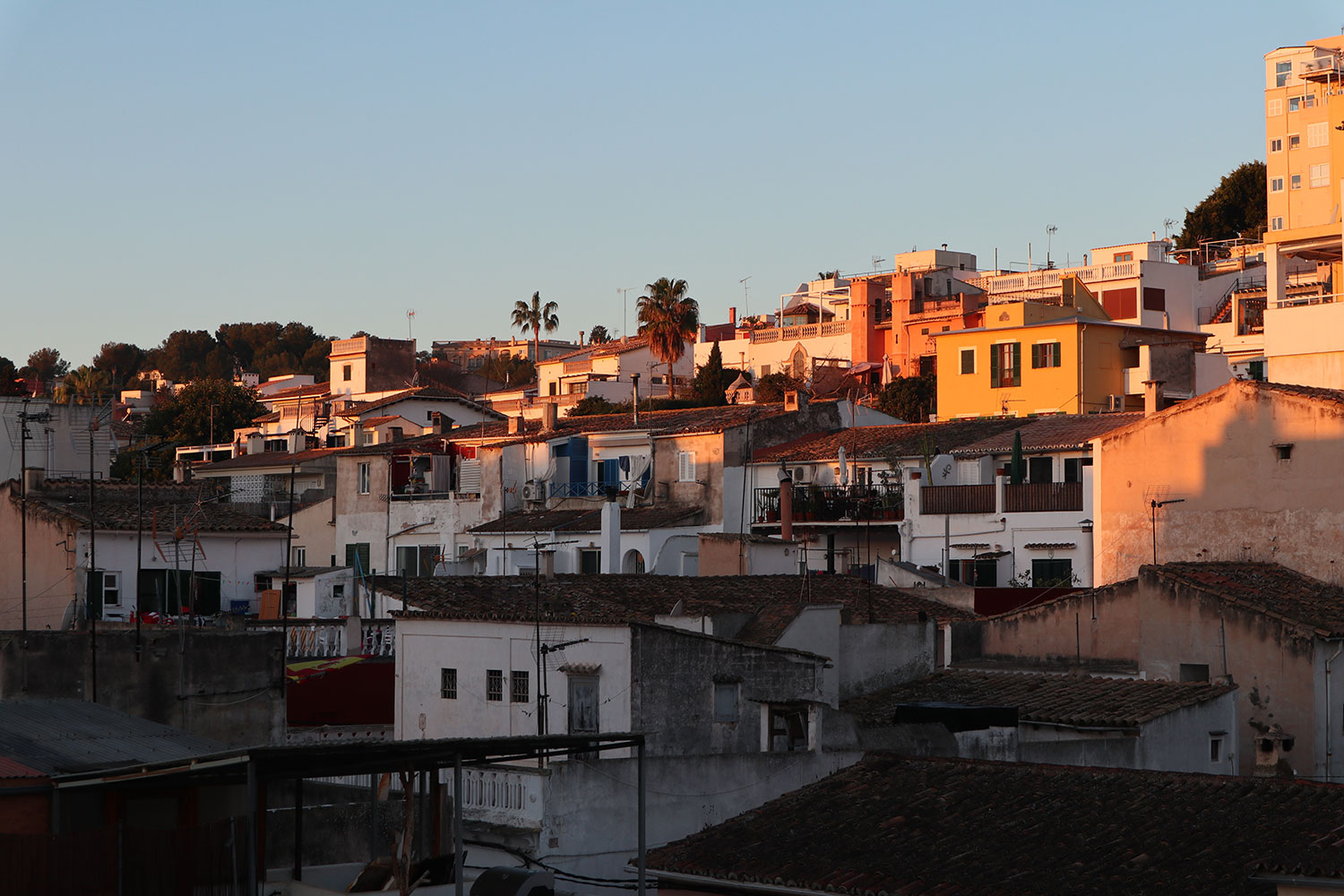 El Terreno, a venerable neighbourhood in the western part of Palma de Mallorca, is a paradise in many ways, not least for dogs. Or I should say, people with dogs. Me, for example. There is the enormous Bellver Forest five minutes' walk from my house, there's the little boat harbour Can Barbera in the other direction, and dogs are welcome almost everywhere, even in shopping centres and the pharmacy.

My long-term resident friends complain about the locals and their cruelty to animals, but in my neighbourhood at least, people mostly seem to treat their dogs very well - some even to the point of paying others to walk them. 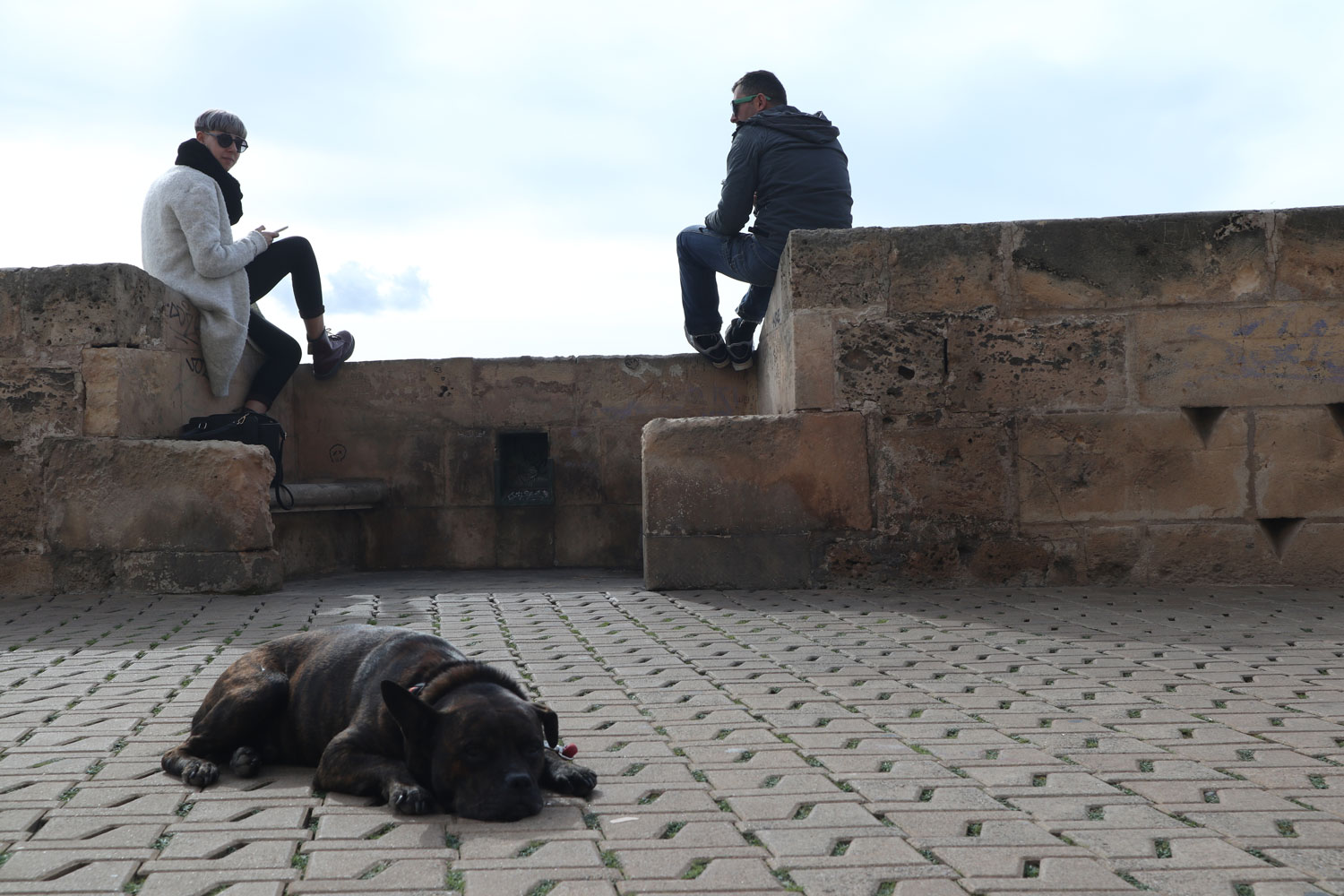 When I lived in Hong Kong I noticed with some dismay that almost everybody paid others to walk them, and almost nowhere welcomed dogs. Children were brought up to fear them, with parents and grandmothers shouting "Dangerous! It will bite!" when the tiniest puppy hove into view. I know, because I brought up my first dog Piles (a pain in the arse) from he was one month old and could fit into the palm of my hand. Grown girlfriends shrieked and hid behind their masculine protectors when they saw Piles' little head stick out of my waist pouch. "Oh no! Dog! I'm afraid!"

Here in Mallorca it's almost too much the other way. Children are completely fearless and rush up to touch my Koldbrann, astutely commenting that he looks like a bear and wolf. Yes, I deeply regret calling him Koldbrann ("gangrene") now, but when I got him he was just called Wong Wong (woof woof in Cantonese, or possibly Yellow Yellow) and I had to come up with a new name. After Piles I thought it would be good to stay in the realm of afflictions, telling people that Koldbrann was a Viking name.

How could I have known that one day I would be living in Little Stockholm? Everybody knows Norwegian here! I should have called him Bjørnulf - Bear Wolf. 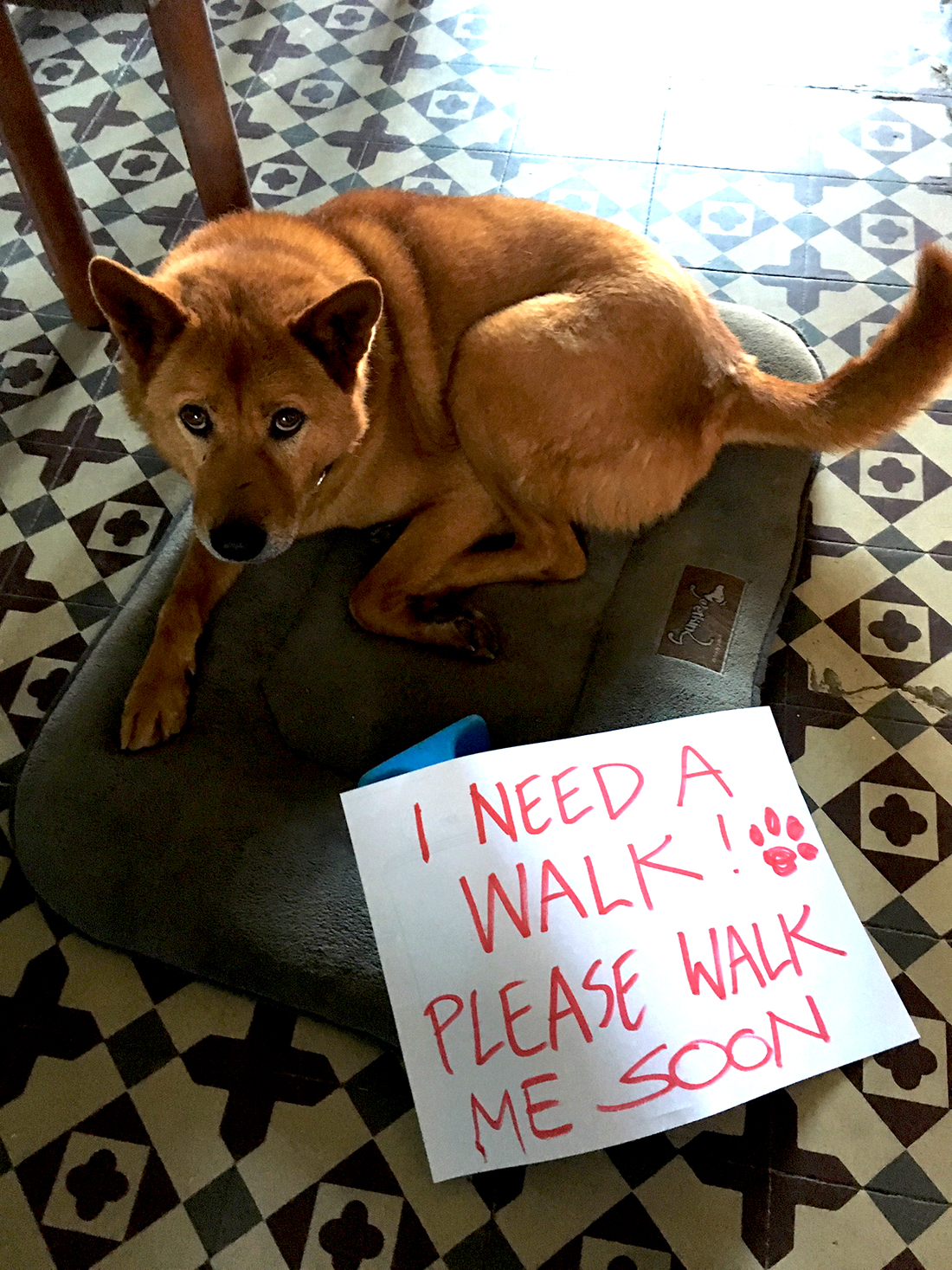 Anyway, not only children but adults too are interested in Koldbrann, and too right! He is a true elder statesman of fur. However - here are some tips on how to meet a strange dog. Or any dog.

1. Don't rush up and put your hand on its head. Imagine if an elephant did that to you. Dogs don't like having their heads pushed down, and they don't like big shapes bearing down in them from above. Who does?

2. Let the dog come to you. Crouch down and let it come and sniff you. Now you're friends!

3. If approaching the dog, do it slightly from the side with your turning eyes away, not head-on.

4. Always ask the owner first if your child can touch the dog. If yes, let the dog sniff the child, and tell him to touch only the back, sides and chest, stroking toward the tail. Don't touch the head, tail and paws.

5. Always ask the owner first if it's okay to give the dog a treat. If the child is doing it, make sure the dog is sitting down and in a calm state. Let the dog take the treat out of an open palm, not the fingertips.

6. Learn Cantonese! The self confidence this gives you, will make you better suited to take on a leadership role when you get your own dog! Mastering or even being able to say 20 words in a new language makes you stand up straighter!