One of the most fun jobs I have done since I moved to Mallorca and the only one that hasn't been disrupted/killed by Covid, is with Hekkplanter.com.

It started in 2019 as a hire on Upwork - "can you proofread our website so it doesn't look so Danish and rewrite it to make it a bit livelier?" but in April the next year turned into customer service and then writing content for their new website Liguster.no 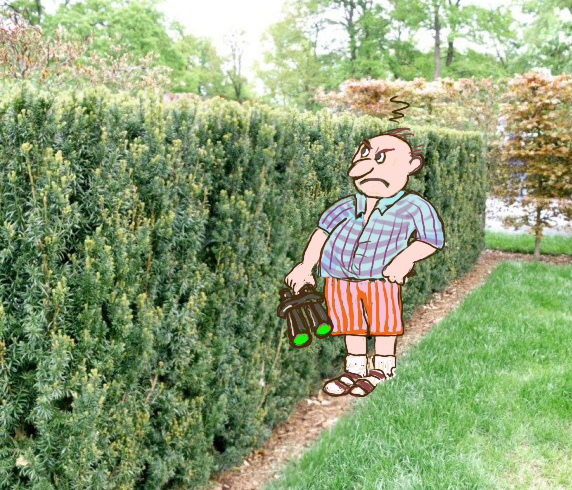 (This is an early effort: No need to wait - make your neighbour disappointed today with a ready grown hedge!)

Writing and drawing pictures is the most fun, naturally, but I like talking to customers about privet hedges, yew hedges and my favourite after a life in China, bamboo, as well. Yes, bamboo can grow and thrive in Norway! Who knew. 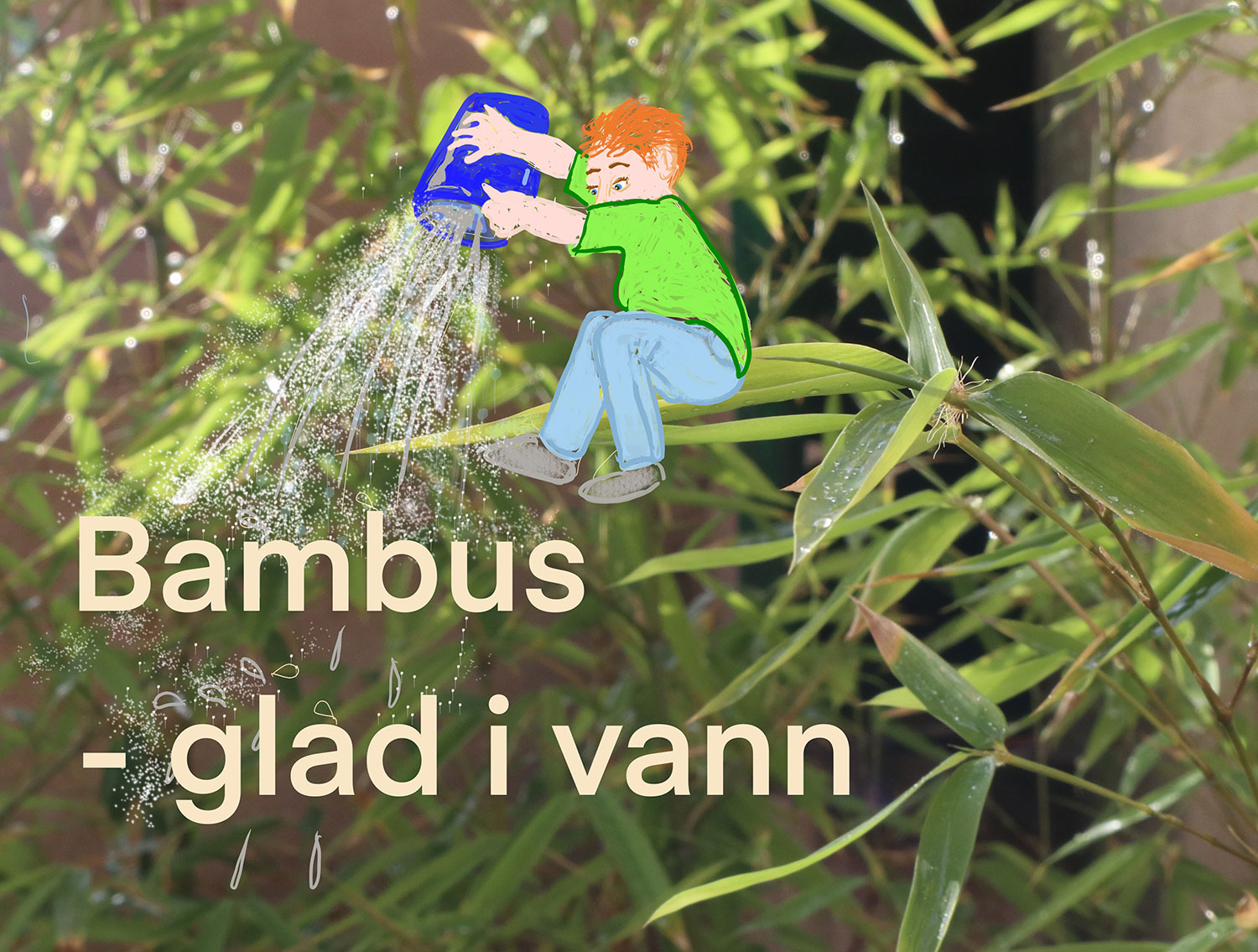 Last autumn a landscape gardener found us, and what a godsend. In a covid world where no one could travel but were stuck at home looking at their ugly garden and even uglier neighbour all day, gardeners suddenly became more valuable than plumbers and with much less bum crackage. This one was eager, turned up on time, worked fast etc. So I was shocked, nay, dismayed, when talking to a customer on Saturday who told me that our excellent landscape gardener was leaving Norway to set up a new company overseas. What the! I quickly went through our other options - this one never turned up, that one had laughed at a customer who asked him to inspect his garden, yet another one was useless... OH NO! 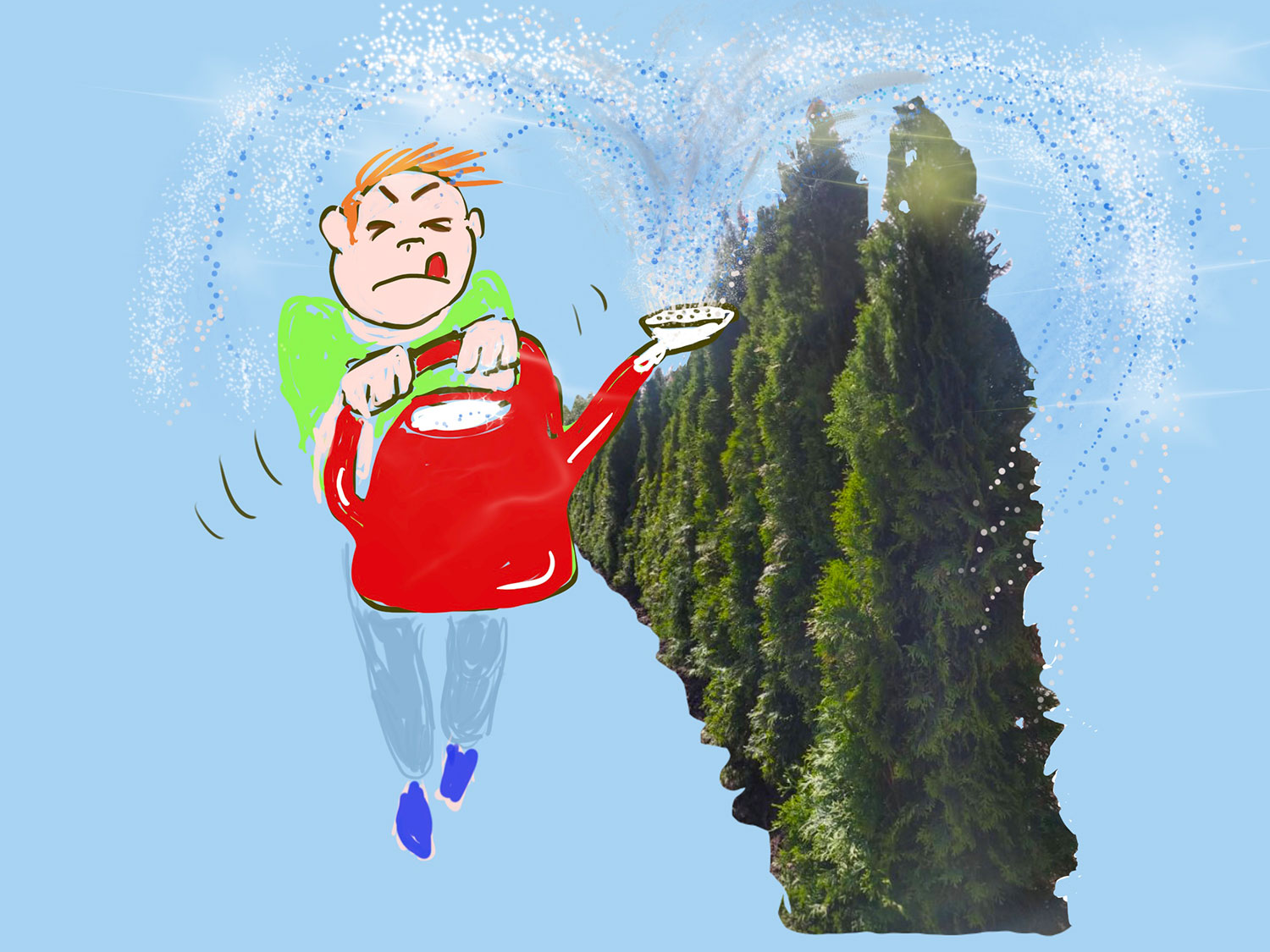 I emailed our landscaper: WHAT! WHYYYYYY! and he answered at once "Take it easy, I LIED because I had heard this customer was a bad payer." What? Instead of just saying no, I don't want to take this job, or even "I can't take this job" in a pinch, he had to make up this idiotic lie, sure to be found out?

And why choose such a complicated lie, when the truth, slightly tweaked, would have been so much easier? If this was a TV show like Seinfeld, Friends or Breaking Bad, he would then have had to actually move abroad so he wouldn't be found out, leading to much blood and mayhem. 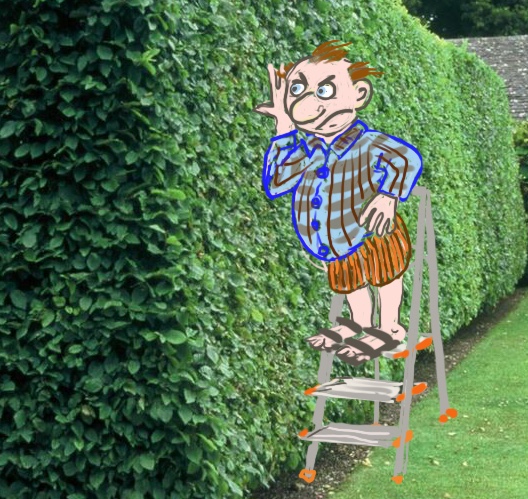 The very next day I was frightened and, again, dismayed, when I heard that a woman in the neighbourhood who has already suffered indescribable pain between last November and now, had come down with Covid and was quarantining at home. Poor, poor woman, after all she has been through. How could I help. Imagine my surprise when I met her in the street a few hours later. I'm not ashamed to say I jumped back when she approached me, and mentally shook some garlic and did the sign of the cross in front of me. What the...?

"Oh no, take it easy, I don't have Covid. It was just something I said to some woman who wanted to rent my flat. I thought she might be a prostitute." What? Instead of just saying no? Surely you don't need to come up with some deadly disease just to get out of saying no to something you don't want to do?

Judge not, lest ye be judged! Yes yes. But question with boldness? Or just question? Is that allowed? 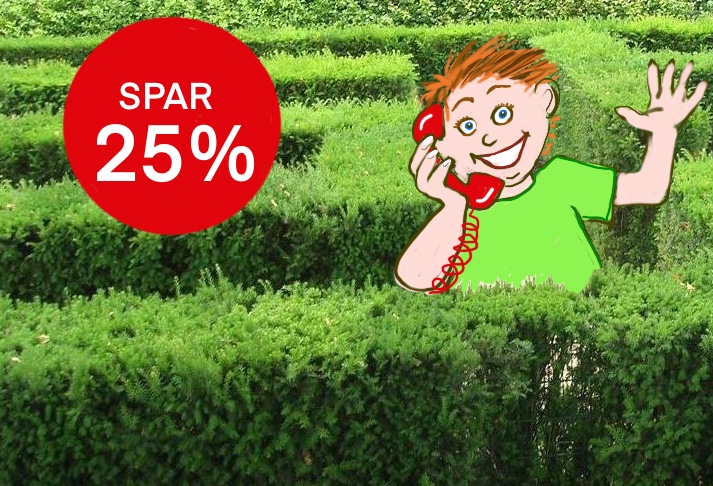 After these two completely unnecessary scares, I have decided to become even more brutally honest than before. And so I'm telling you straight: Without Cantonese, there won't be any Hong Kong. There is a plan under development to eradicate Cantonese. The long term goal for the boys in Beijing is to teach the whole world to speak Mandarin, but, unlike me, they won't let the other languages live. They can't. It's their nature.

Just as it is human nature to spin idiotic webs of lies when telling the truth would have been so much easier.

One eternal truth: It is best to Learn Cantonese the Natural Way - from a Norwegian!