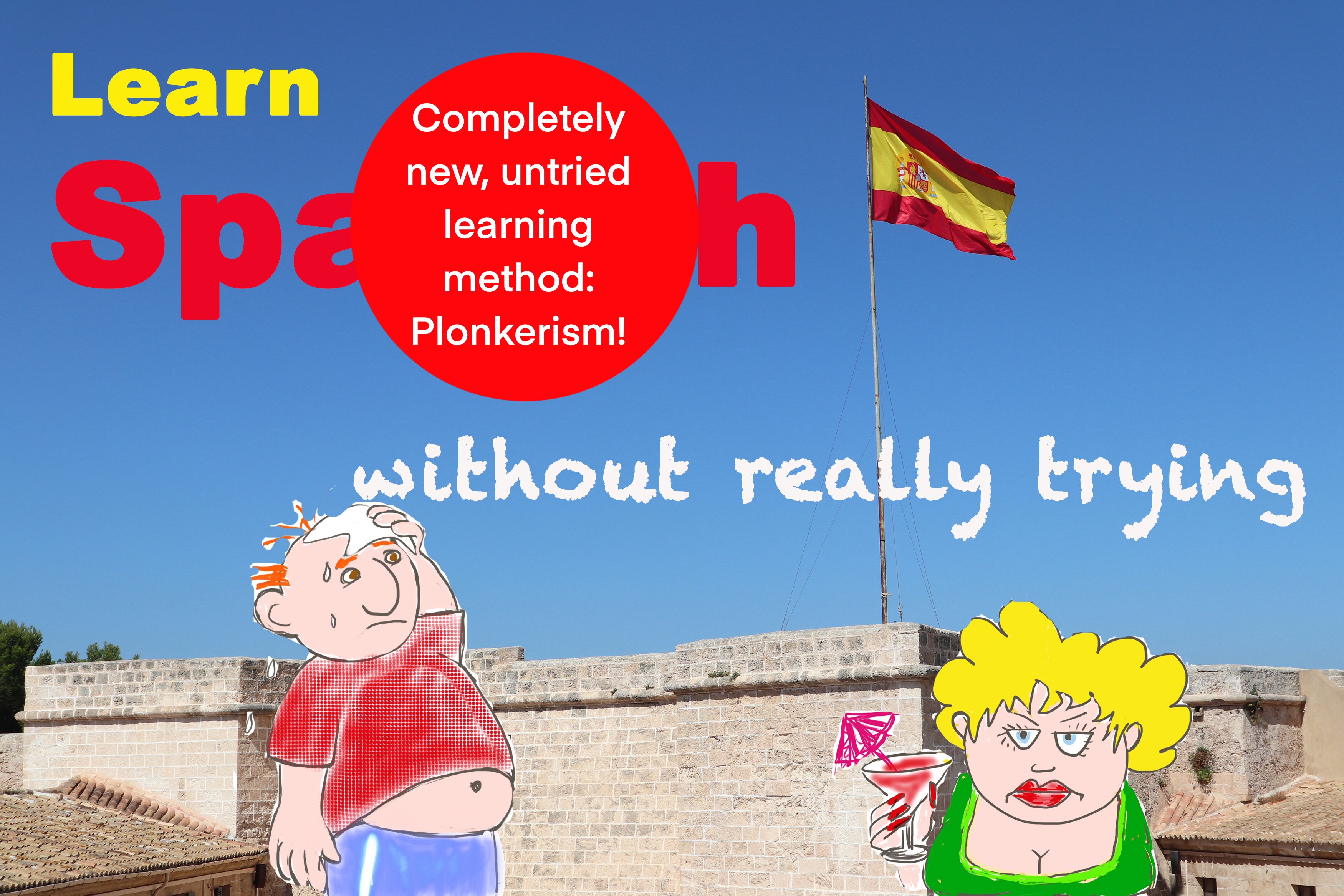 Ahhrghhhhhh FINALLY! Finally my Opus Spanicus is ready to fall off the shelves in a never ending avalanche of joy! Yes, Learn Spanish without Really Trying, renamed as Plonkers Abroad, is available for your perusal.

Instead of learning a language from perfect people who never make mistakes, thus throwing you out in an abyss of despair and envy, thinking (probably quite rightly) "I will never sound like them!" you can now feel smug and supercilious, safe in the knowledge that at least you're not as thick as the protagonists of Plonkers Abroad! 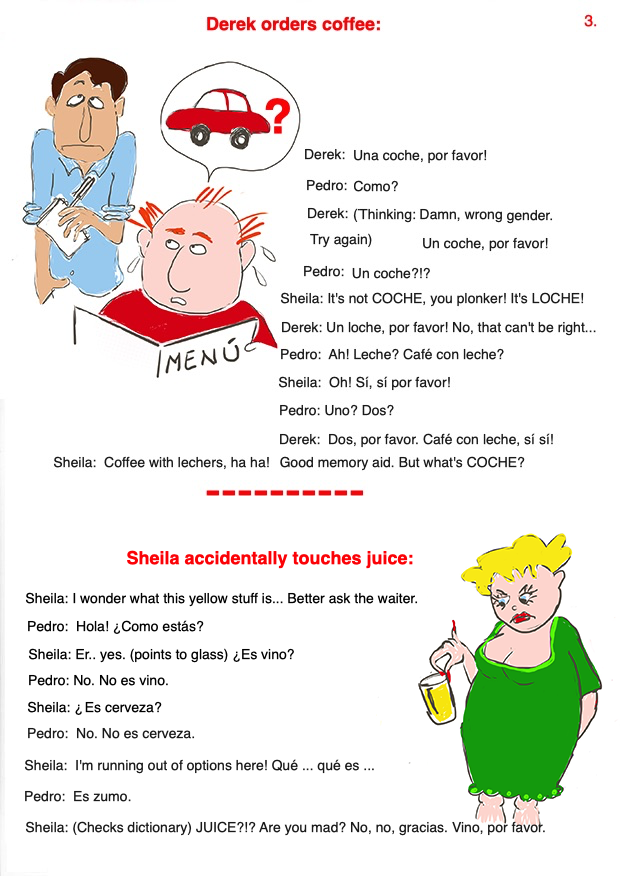 I think I have invented a new teaching method: Plonkerism! Learning through other people's mistakes. Yes, believe it or not, that's a thing. Unlike other textbooks, these people don't arrive in the new country speaking the language fluently, no, on the contrary they know not a word. And of course they want the new language to be like their own, which makes for many snigger-worthy situations.

My excellent editor Heather S used the book to teach a group of English and South African people, first in Binissalem and after covid started biting, on Zoom. They quickly jumped from beginners to good conversationalists. Heather still has room for more people. 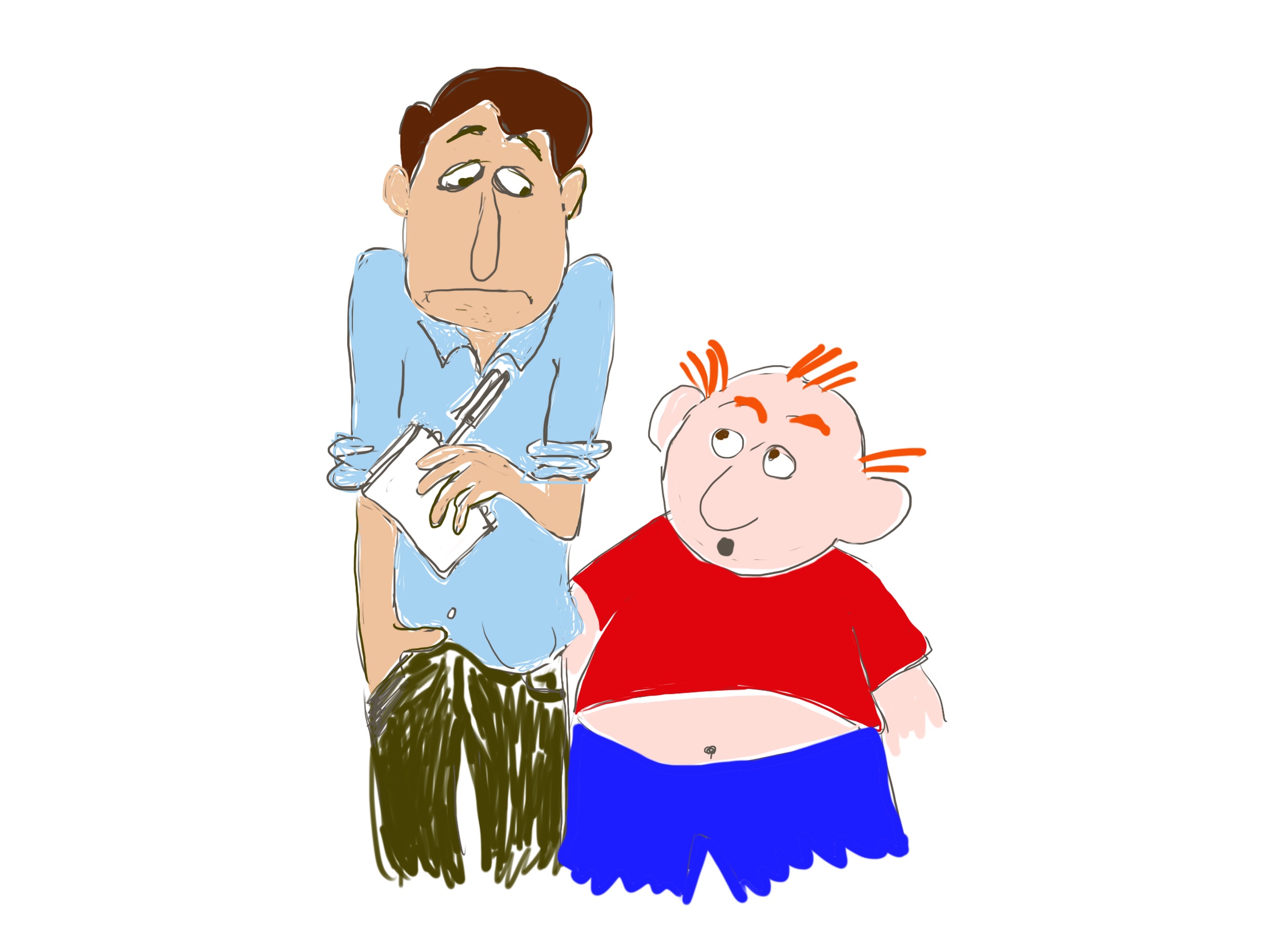 Me, I can't teach Spanish except through the written word, although my spoken Castellano (Spanish) has received a boost recently with the arrival of ah-Hoi.

Cantonese, on the other hand - oh! I can teach that, and how! My excellent student Snow Dragon 雪龍 in Sydney, stellar in every way, has decided to save up for a flat (smart) instead of learning Cantonese but she's more or less fluent anyway, so I have an opening.

This is the best thing you can do to irritate a certain party in whose country's fake snow olympian skiers are tumbling as we speak. And it's also fun. And who knows, maybe together we can invent a new language: Spantonese?