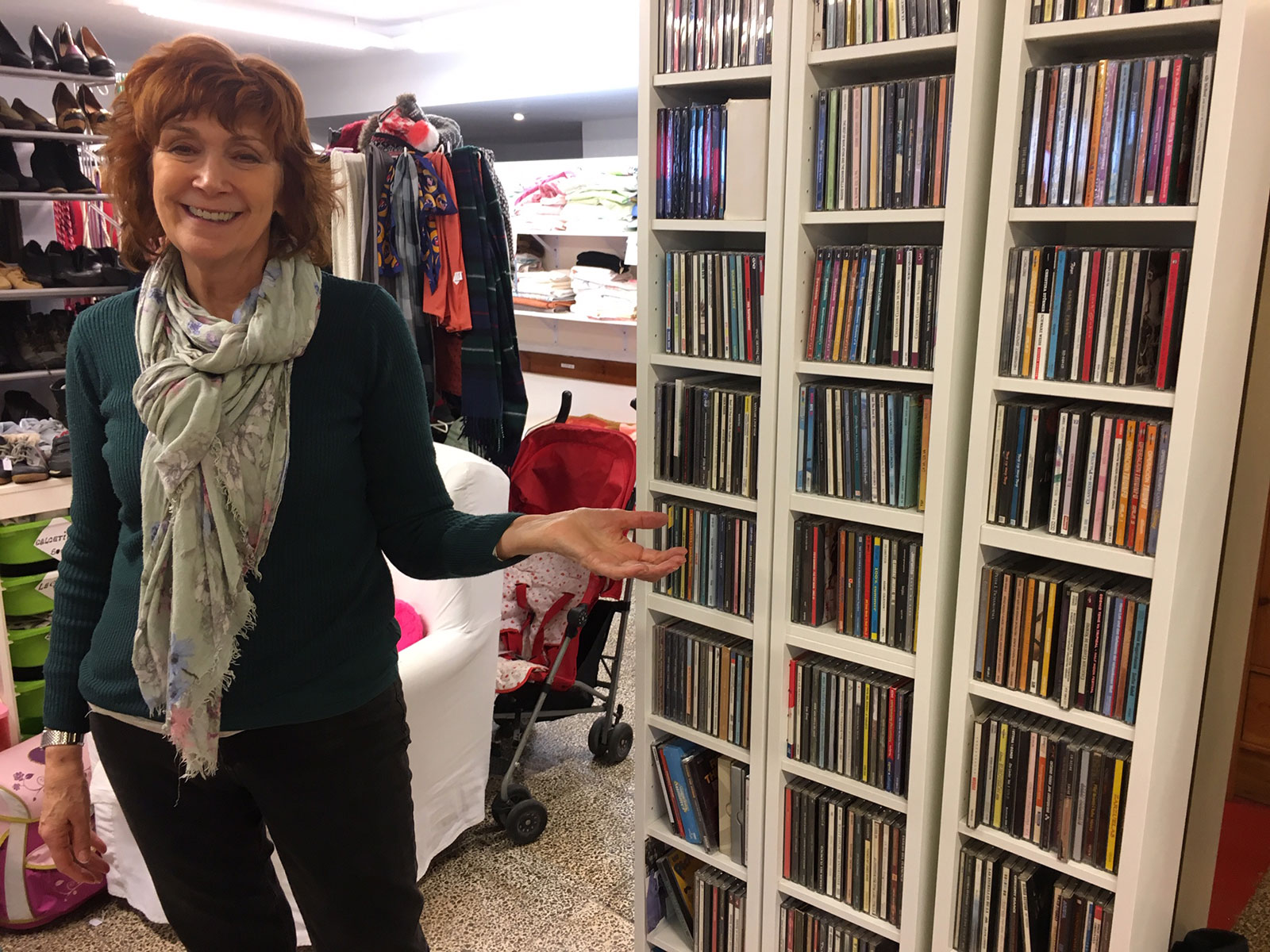 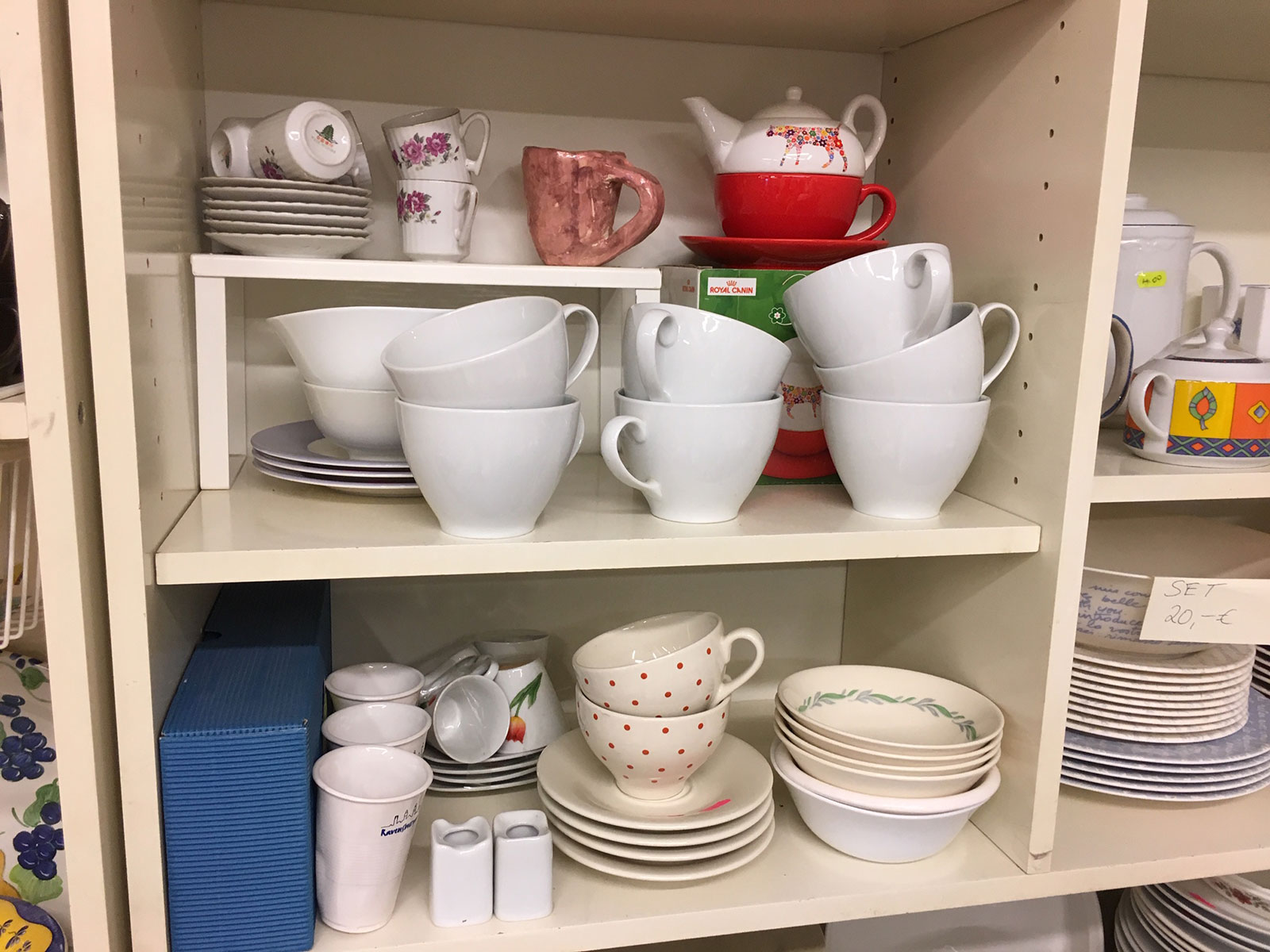 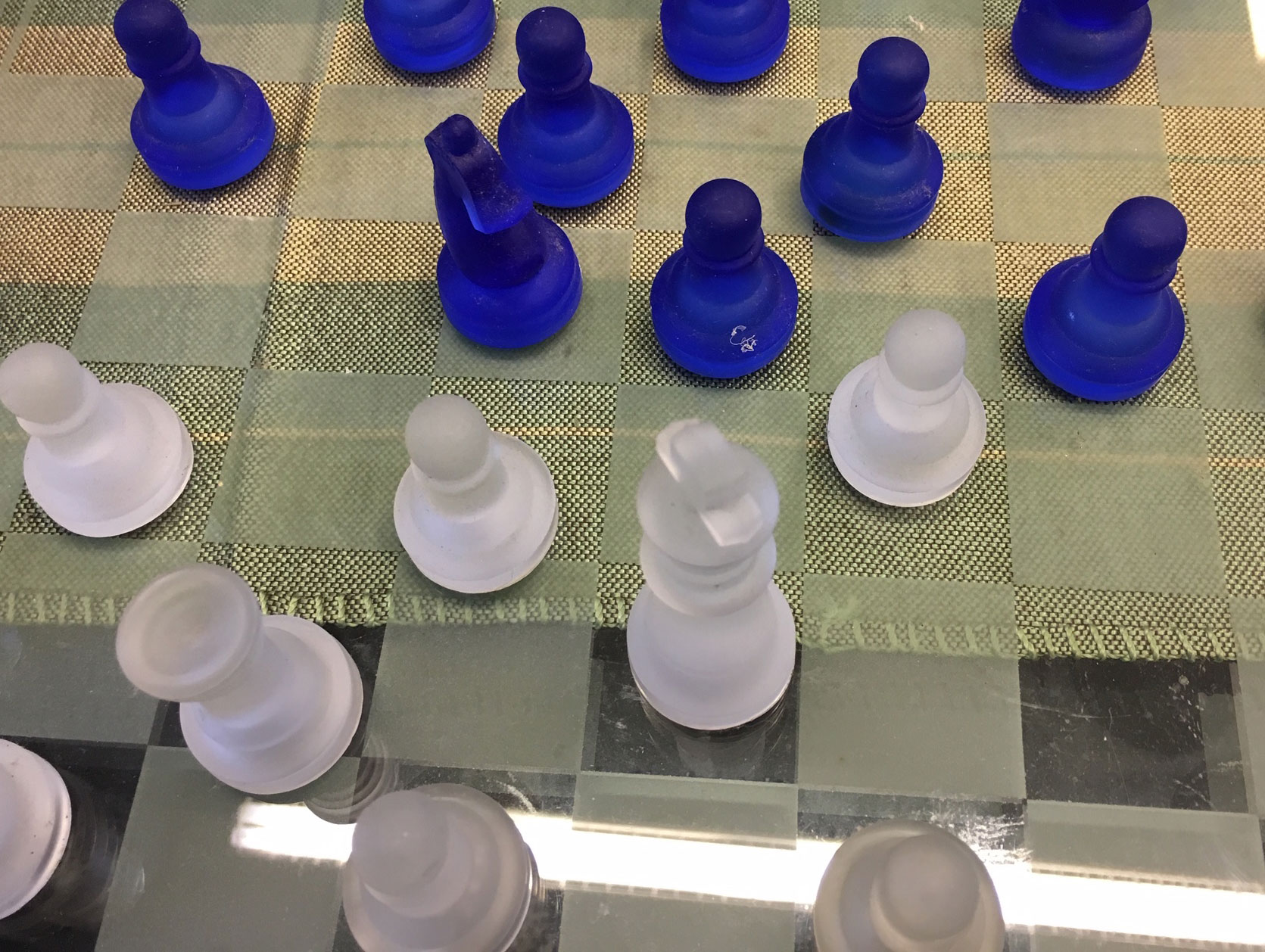 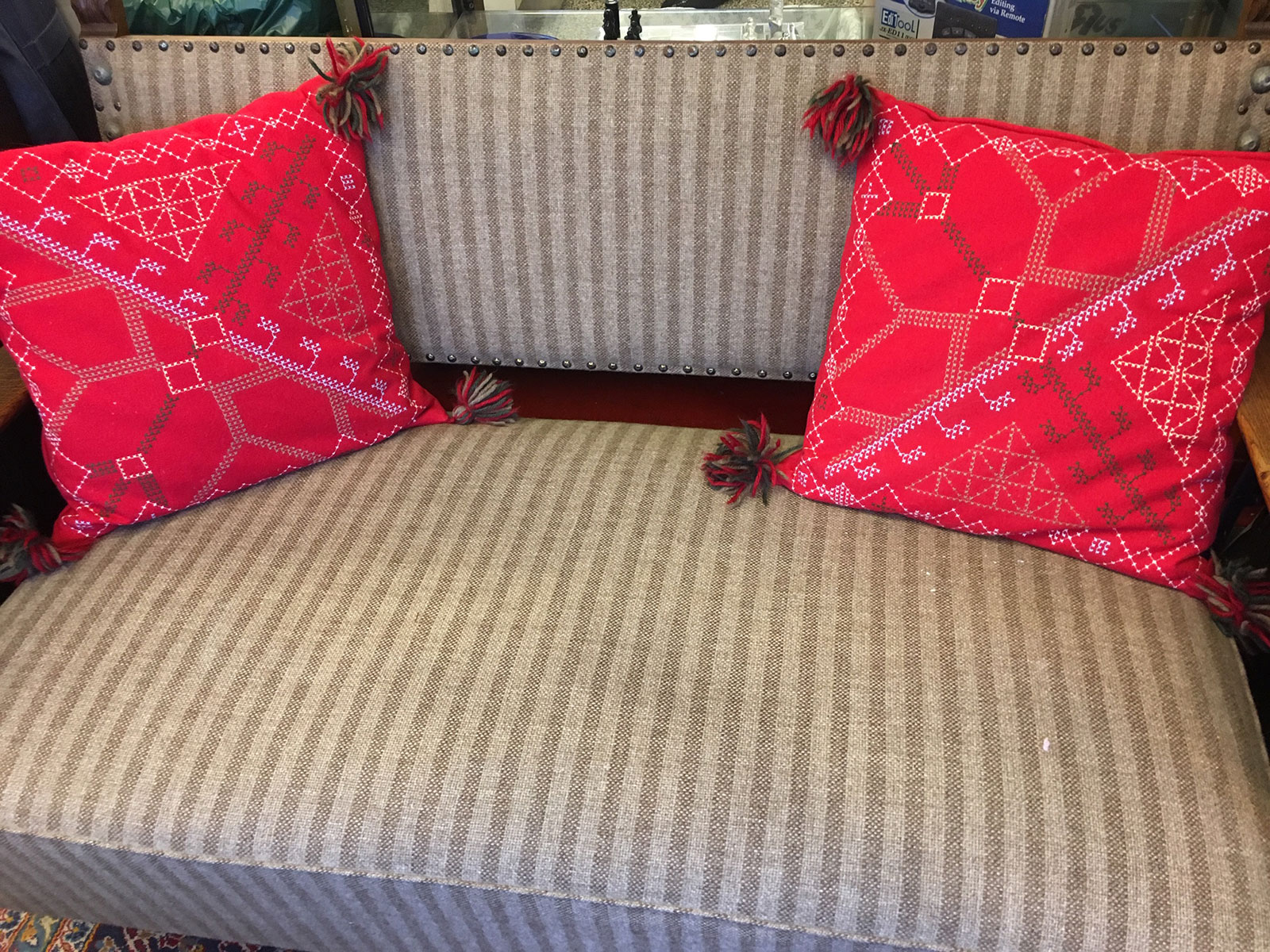 Joan Miró, Still Modern After All these Years

I know nothing, no, less than nothing, about art, but even I would recognise a Miro almost anywhere. The colours, the mischief bursting out of each canvas, the seemingly naive and childlike technique, so effortless-looking that you know there are millions of hours of work behind it - this geezer was truly unique. And now I live in his street!

Miró, wild spirit, it says here in the reception of the elegant and ethereal Miró Fundació a few minutes' (well, 25) walk from my gaff. Would it be churlish to point out that they could have put the Fundació in the street named after him, Avenue Joan Miro? Well, yes, because the museum is actually right where he lived and worked - intensely - for the last 25 years of his life.

And if you got up every morning to see this (minus the crappy buildings), wouldn't you be working in an artistic fever as well?

The Arts Society of Mallorca had arranged an engaging and lively talk by Alejandro over at the Fundació. Don't you love watching people in action who really know their stuff and, more importantly, love their stuff with a vengeance? Listening to Alejandro and getting a good look at the actual workshop where Miró worked feverishly to churn out more and more stuff, I wanted to find out more about this Spanish national treasure. Good thing he didn't stay on in his birthplace Barcelona, but moved to Mallorca and married local beauty Pilar Juncosa, an artist in her own right.

The really cool thing about Miro's workshop, apart from the location, the building itself complete with Miro's signature colours red (sun), blue (sky and water) and yellow (crops)

the view and of course his incredible canon of work, was that it was kept just like he left it when he left the world in 1983. All his paints and brushes were there, as well as a quirky collection of bits and pieces he had picked up on his many travels, like Hopi figures from Arizona, a bat skeleton, a biscuit, and several items made by his grandchildren. My eyes immediately zoomed in on some Chinese characters:

I was hoping it was that Miro had gone to China pre-revolution, before the communists ruined the Chinese written language, among other things, and there learnt Chinese characters. But no, this book and ink were from a trip he made to Japan. According to Alejandro, Miro had been greatly inspired by Japanese art and is held in high esteem in that country. Indeed, as soon as he discovered how the calligraphers and artists made ink, he bought up the whole ink-shop. Too right! Chinese characters rule. The proper ones that is, not simplified. 打倒簡體字！

You know what? I'm going to find out more about Joan Miro. I'm going back to the museum, see if I don't! Oh, and also they have THE best gift shop I have ever seen.

My father, God bless his departed soul, had an "interesting" sense of humour, combined with, when I was young, a somewhat intense dislike of teenage boys.

Whenever my father answered the door when a boy came to ask for me, the boy would say "Is Cecilie at home?" and my father would answer "yes" and slam the door. That was it.

When I eventually found out and angrily confronted my father, he just said, smirking: "I answered the question truthfully."

I was thinking about that today when I had to leg it into Palma because of an emergency: My laptop charger from 2005 or something had finally breathed its last on a trip to England. When I tried to buy a new charger at Bristol Airport they kind of laughed, in that youthful "I don't even know what a laptop IS" kind of way that the modern people use. But the thing was, I had just had my hard drive modernised and the whole machine was humming with the vigour of a MacBook made only a few minutes ago. I just couldn't buy a new one just to get an up-tp-date charger.

So this morning I called up the Apple Shop and asked if they had a charger for such a baby in geriatric's clothing and YES my Spanish worked well enough and YES they had it! So it would have been churlish of me to feel a bit miffed when I got there and realised she had omitted the little sentence "... but it's closed today." Some kind of festival - again.

I hopped over to have-everything-in-the-world El Corte Inglés, and found that one of the things of which they have everything is time. The customers rock up for a good old chat, and all the staff members are very happy to oblige. I waited 25 minutes before I got to speak to someone. Not being a total Luddite despite what everybody says, I had even taken a photo of the contact point of the laptop, AND the model number!

"Oh, sorry, we don't have that one. It's too old. But go to the other Corte Inglés in the Avenues." (20 minutes' walk away). I trotted to the Avenues full of hope and joy, only to find out that this staff member had also omitted a crucial little add-on: "... but not today, because it's closed."

Oh well. As long as I was in The Avenues, I might as well go to the Chinese Supermarket and buy some fresh lotus root and peanut oil. And get more information about what's happening in Palma at Chinese New Year. This again led me to miss my bus home by five seconds. Oh well, I might as well walk to the next bus stop. And that's how, reader, I met Au Sau Laan from Hong Kong who is in Palma to study Spanish, and she again chose Palma because of some people she met in a bus stop in Hong Kong!

We both agreed: Total destiny.

Oh, and all the photos are from Hong Kong. just like Sau Laan and me! 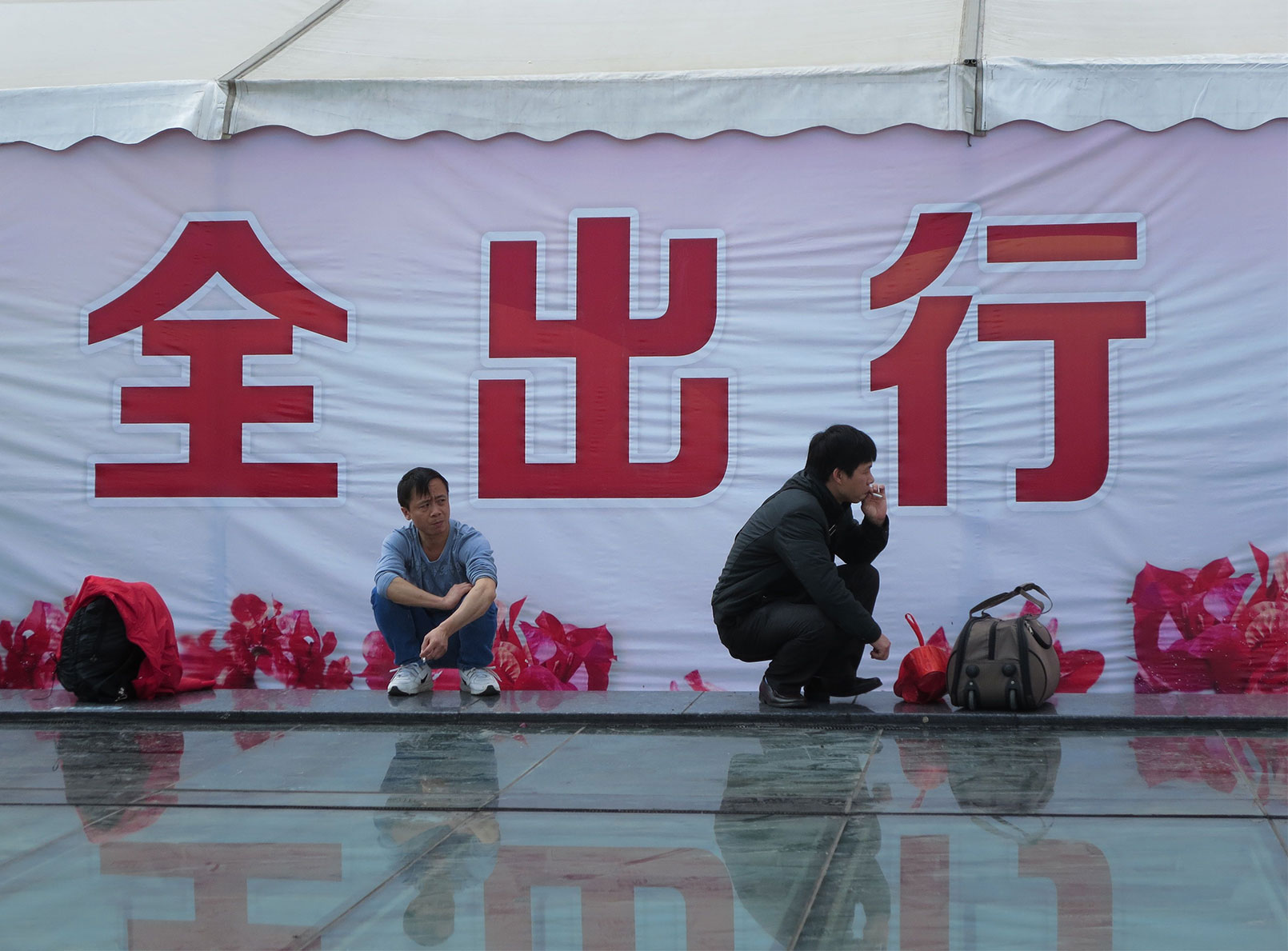 In my former life in Hong Kong and China I used to be a writer.

I used to write columns like this one to entice more people from Hong Kong and other places to visit mainland China. I genuinely loved every moment of travelling through this vast and wonderful, slightly surreal, country, and wanted everyone to share in the fun. And, needless to say, I loved writing and collecting material for my column.

But what happened? When the owner of Chinese web giant Alibaba, Jack Ma, bought the South China Morning Post "to let the world understand China more" (exactly the purpose of my column), did he pay me double and increase my column to a full page to run three times a week? No! Instead, my column was discontinued. Sure, they said it was because of a general overhaul of the paper and because of space concerns, blah blah.

Still, I have all the columns in my possession and will be sharing some of them here. And now I finally get to the point. CHINESE NEW YEAR. A bad time to travel by train in mainland China, but a fantastic time to come to Cecilie's Gaff to eat Chinese food! 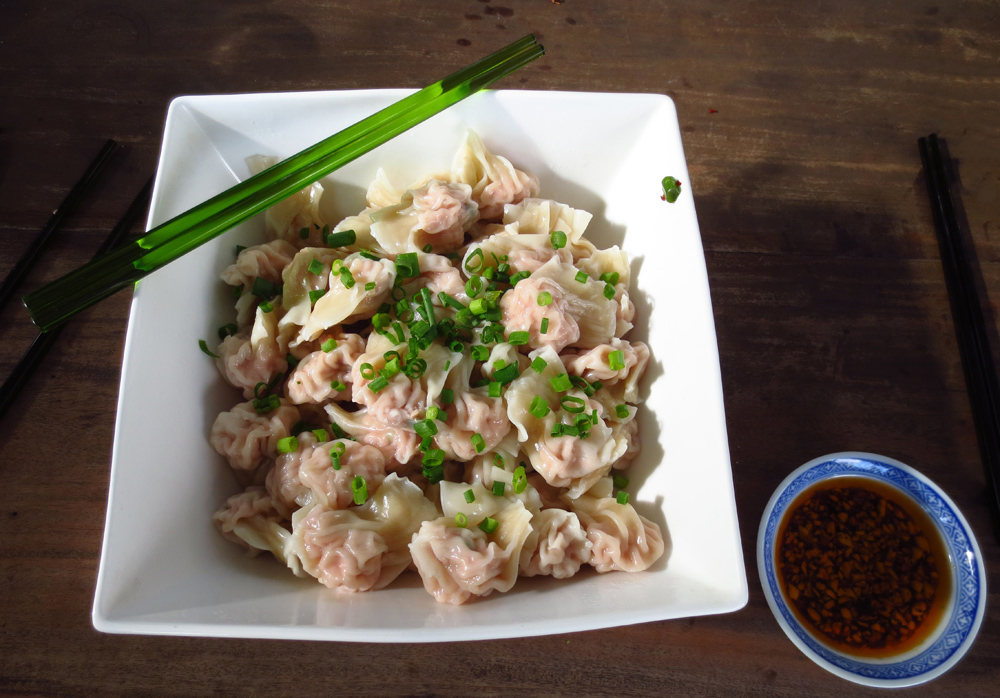 I will serve traditional New Year noodles and dumplings, plus lots of other stuff that will make you go WAAAAAAAAA (Chinese expression of joy, satisfaction, surprise etc). Beer and white wine are included, that goes without saying. Friday February 8th is the day! It's not right in the middle of the actual New Year, but I suspect CNY isn't a holiday here on Mallorca. (Heaven knows there are enough of those. ) 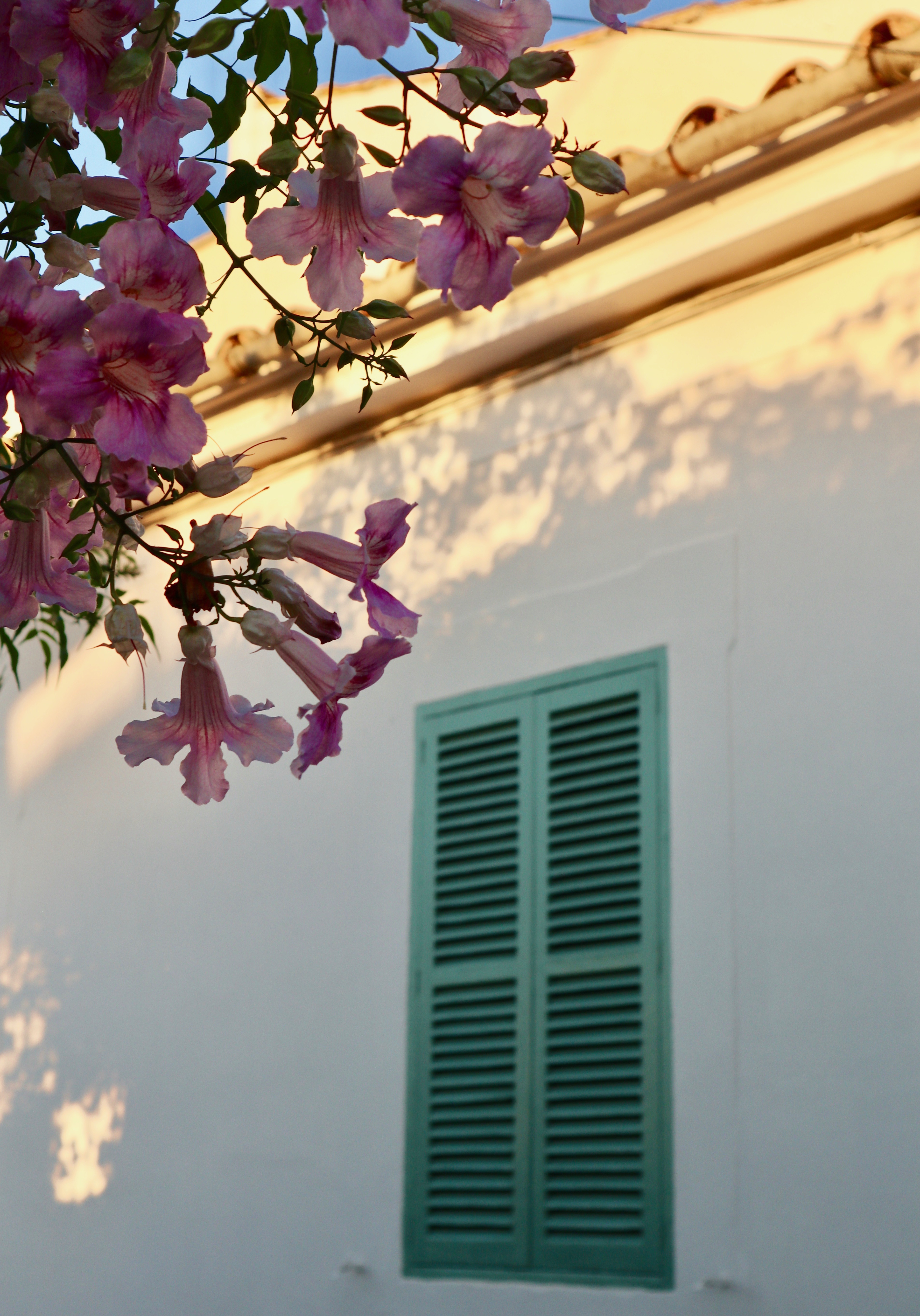 Who would have thunk it? December, the scourge of snow-haters, cold-haters, darkness-haters and misery-haters in Norway, for example, has turned out to be the best and most beautiful month of the year here in Mallorca.

I was lucky enough to have a lot of visitors this month, and got around a bit! Naturally, I took the opportunity of shooting a few scenes. The short documentary December in Mallorca (or Mallorca in December) is coming out soon. Meanwhile, here is the trailer.