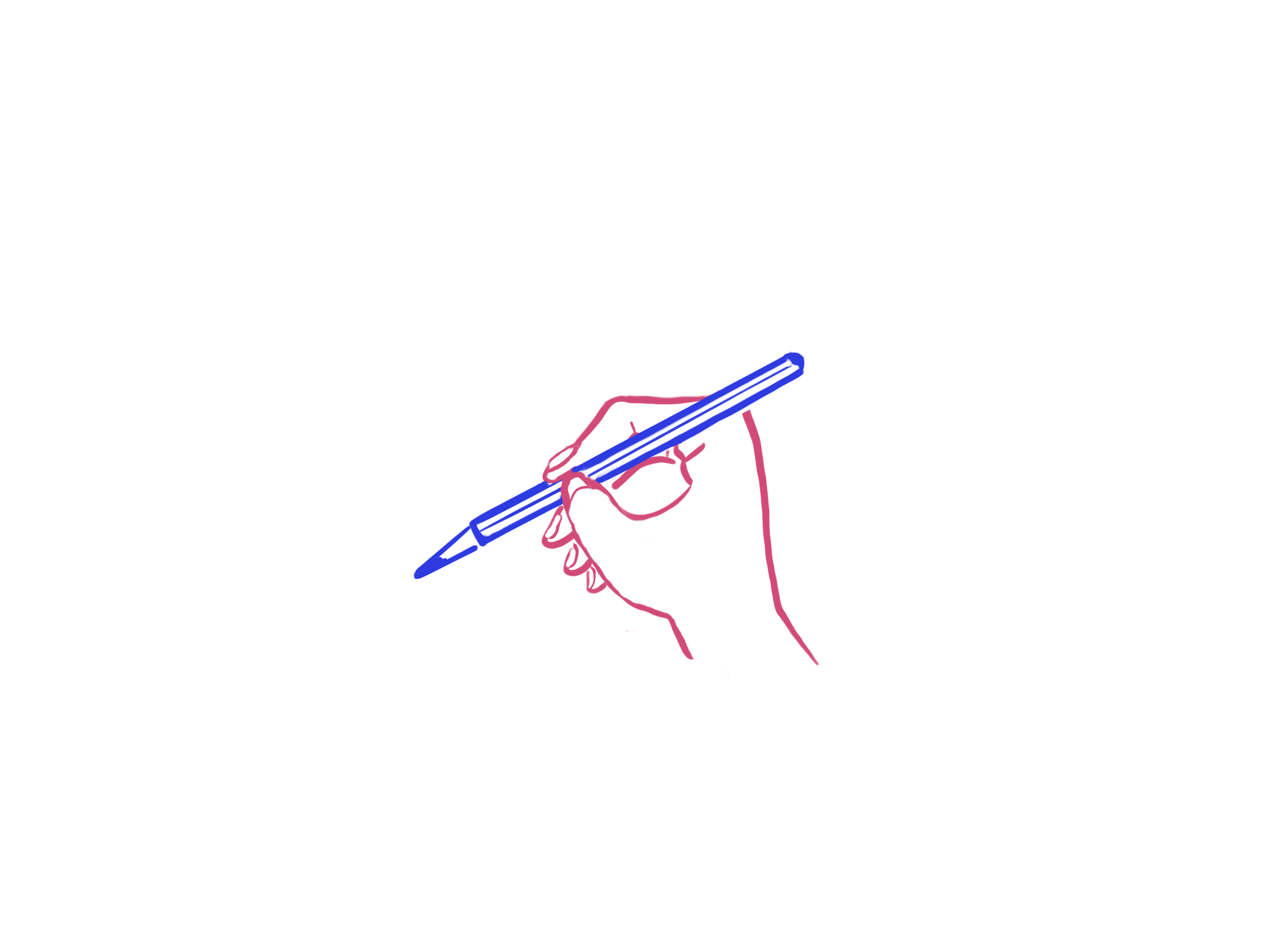 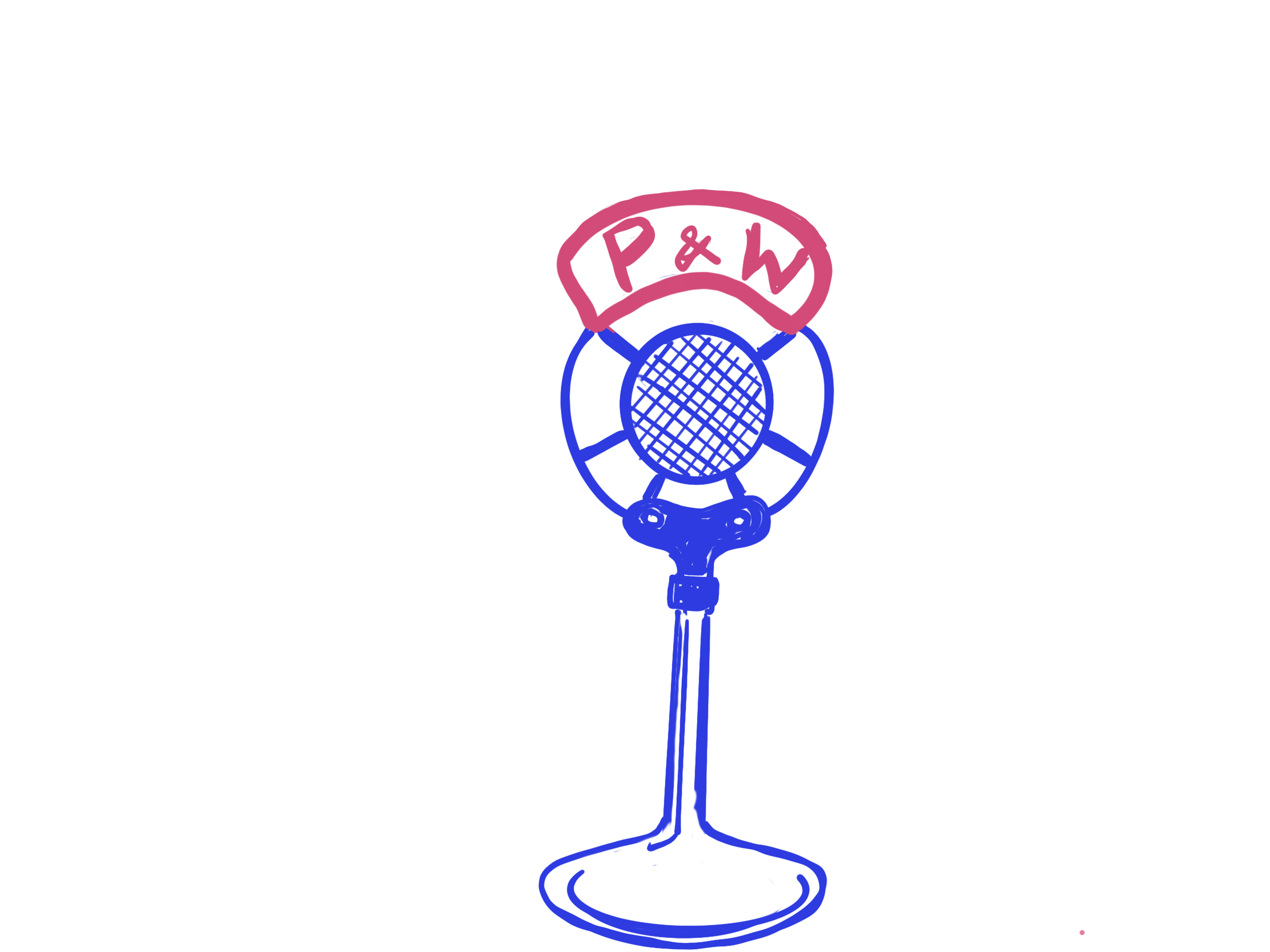 Early to bed and early to rise makes a man healthy, wealthy and wise. 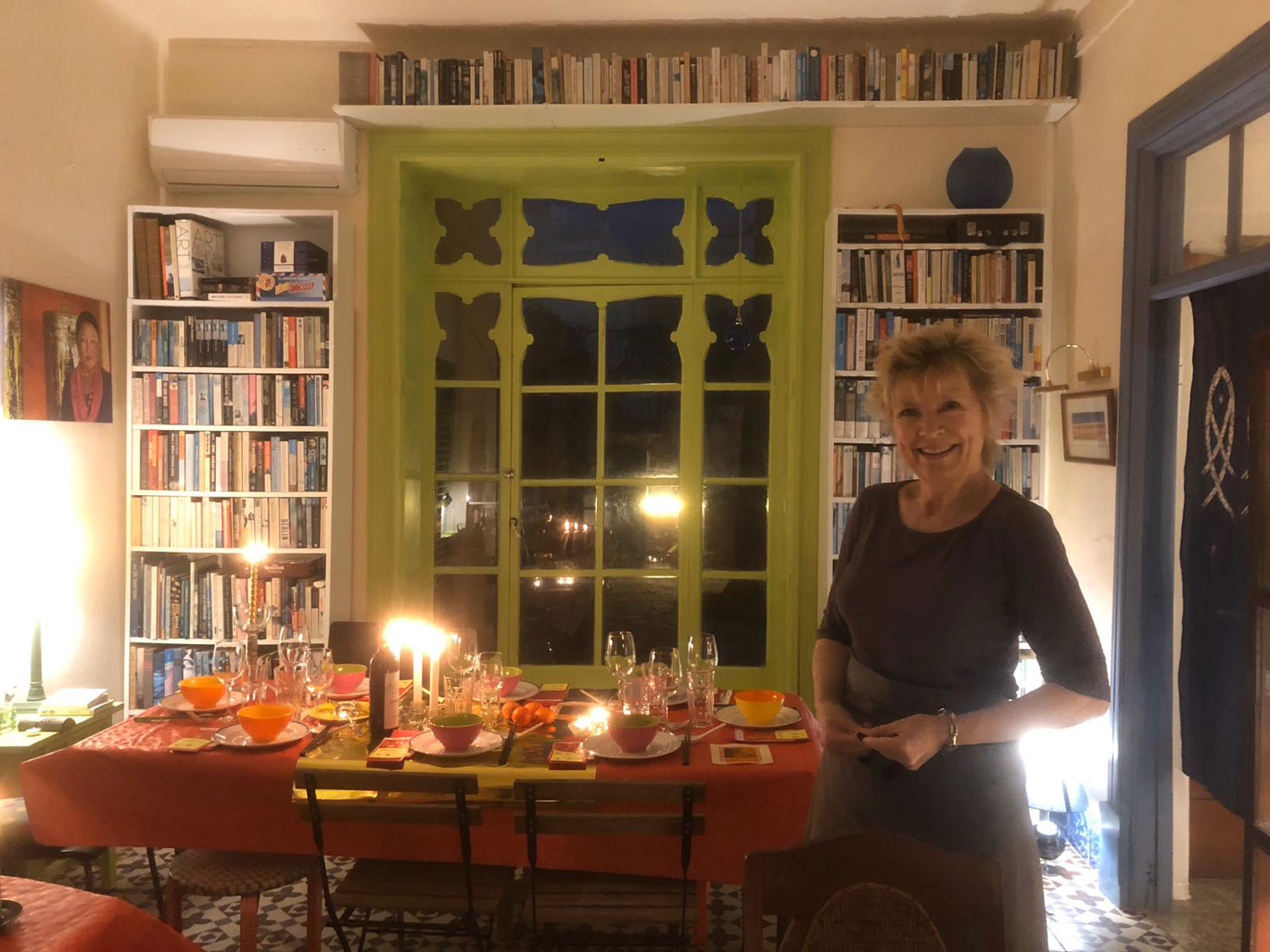 I like to go to bed early and get up early, although so far it's only made me healthy. I'm still waiting for wealthy and wise. However, one good thing about being a lark is the vivid dreams I have between about 4 am and 5:30. This morning it was corona related, that's why I mention it here. It was about Chinese food, how I would get from El Terreno to my favourite (only) Chinese supermarket in Pere Garau without detection and subsequent imprisonment for - horror! Going out! 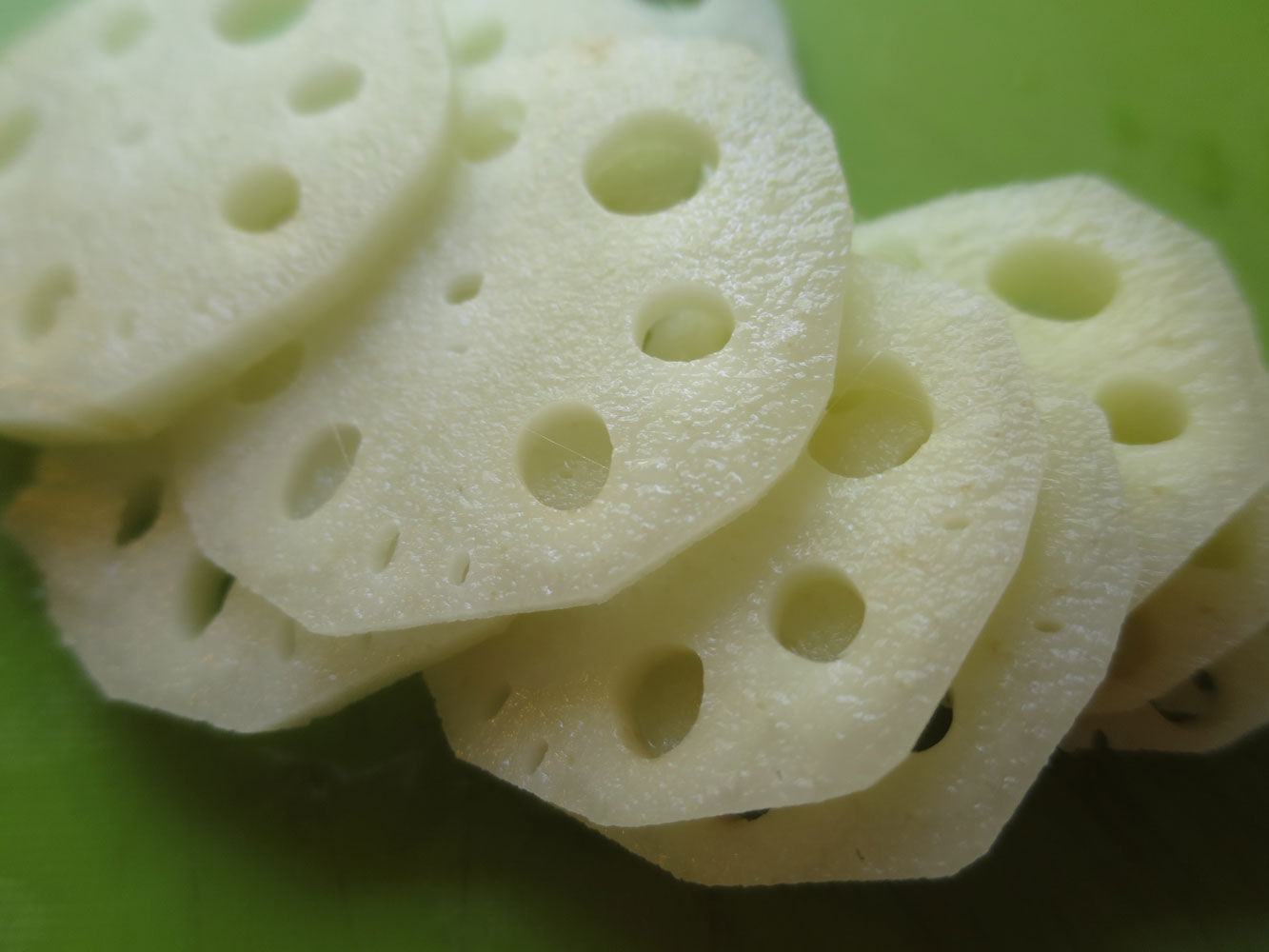 In the end (in the dream) I just went there and when I got into the shop it had become a huge kind of sunny meadow, a bit like Tuscany but with the occasional shelf thing with more Chinese foodstuffs than you can shake a stick at. It was paradise. 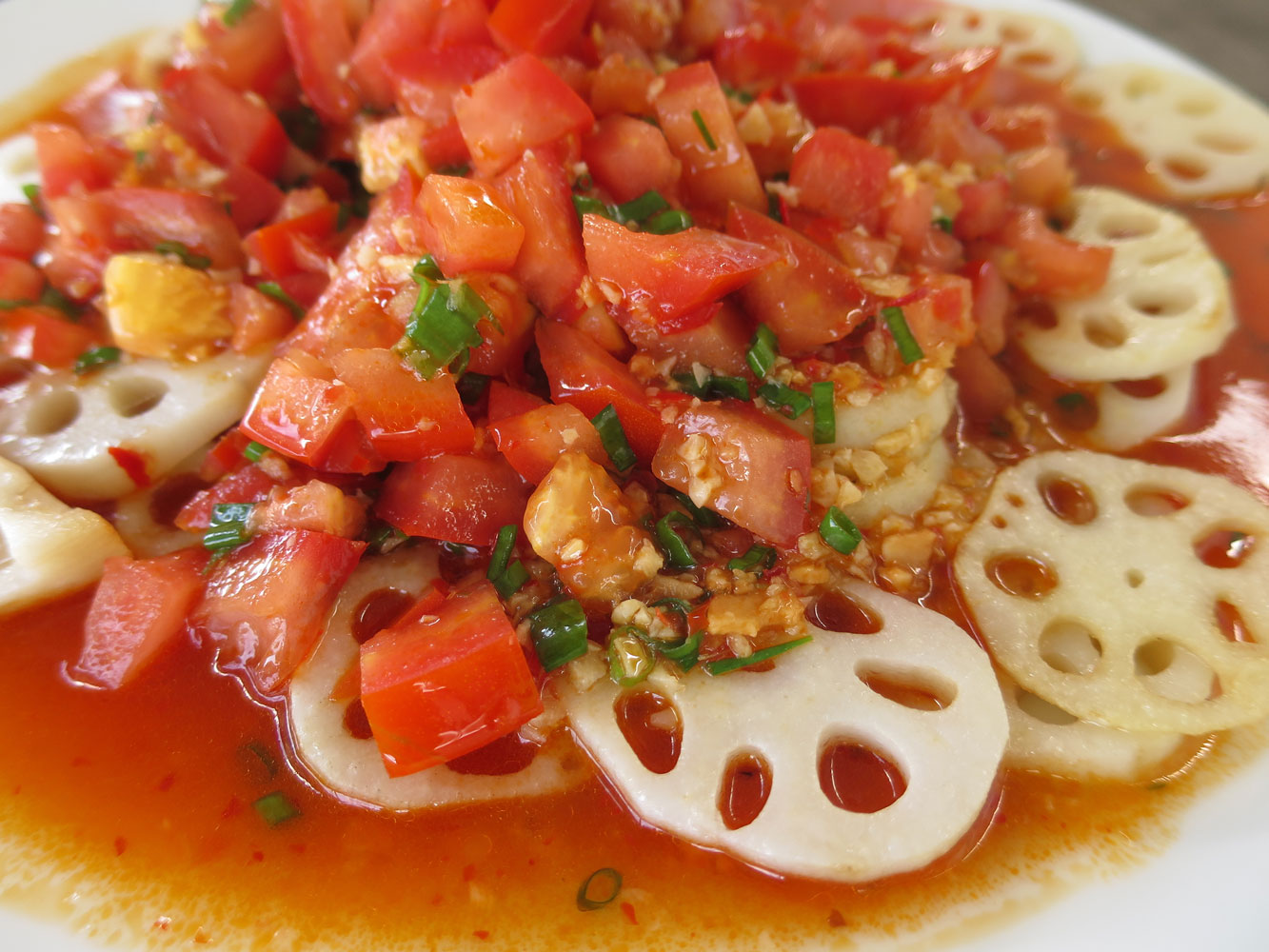 What brought it on was the horrible realisation that I'm running out of lotus root. Oh, lotus root, king of tubers! If I were forced to choose one vegetable to have with every meal for the rest of my life, I would choose the lotus root. Crunchy, versatile, full of holes and, in certain lights, quite beautiful, I need it in my life. Before moving to Mallorca I went on a reconnaissance trip to Pere Garau to see if they had it there. They did! But now this?

The situation is becoming unacceptable.

Has it only been two months since I cooked a Chinese New Year dinner for 18 people? It seems like several years, but the endless days of quarantine have been bearable as long as I have had lotus root. Now? Not so much. 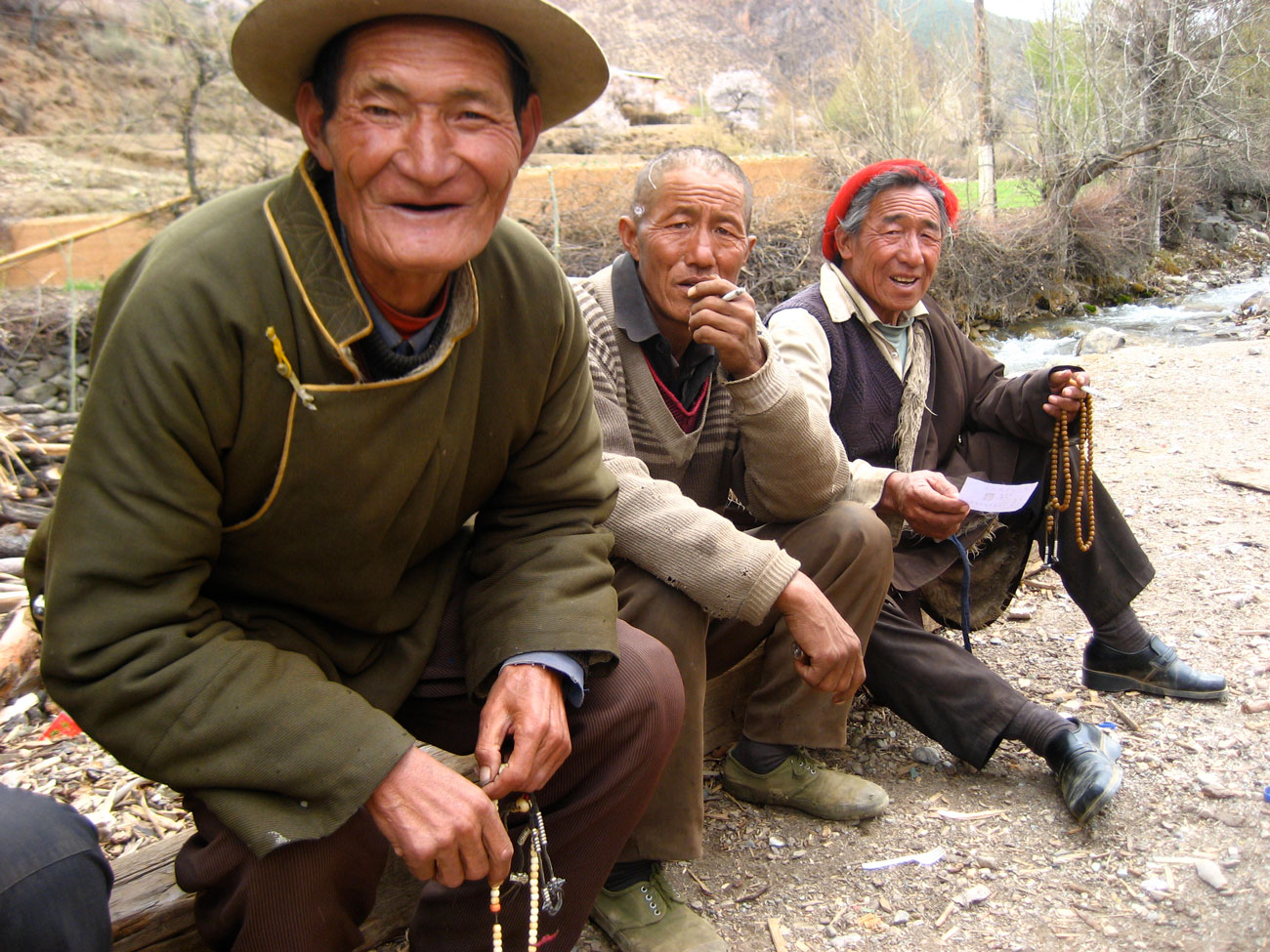 Friday already! Has it been two or three days since my last big highlight of almost talking to someone: My big trip to Mercadona? Oh yes, Tuesday. But yesterday I started thinking about that momentous trip again. As I mentioned, I had my dog Koldbrann with me to really show the world that I had a right to be outside my house, dammit. When I got to Mercadona, I came in through the car entrance, not the main one where two or three people were waiting in line, the required one metre between each. I tied Koldbrann to a post, and the security guard waved me in. What, before everybody else? No, no, that's not right. There are people waiting in line! Yes, yes, he waved. I thought, aw! he let me go in first so Koldbrann won't have so long to wait. 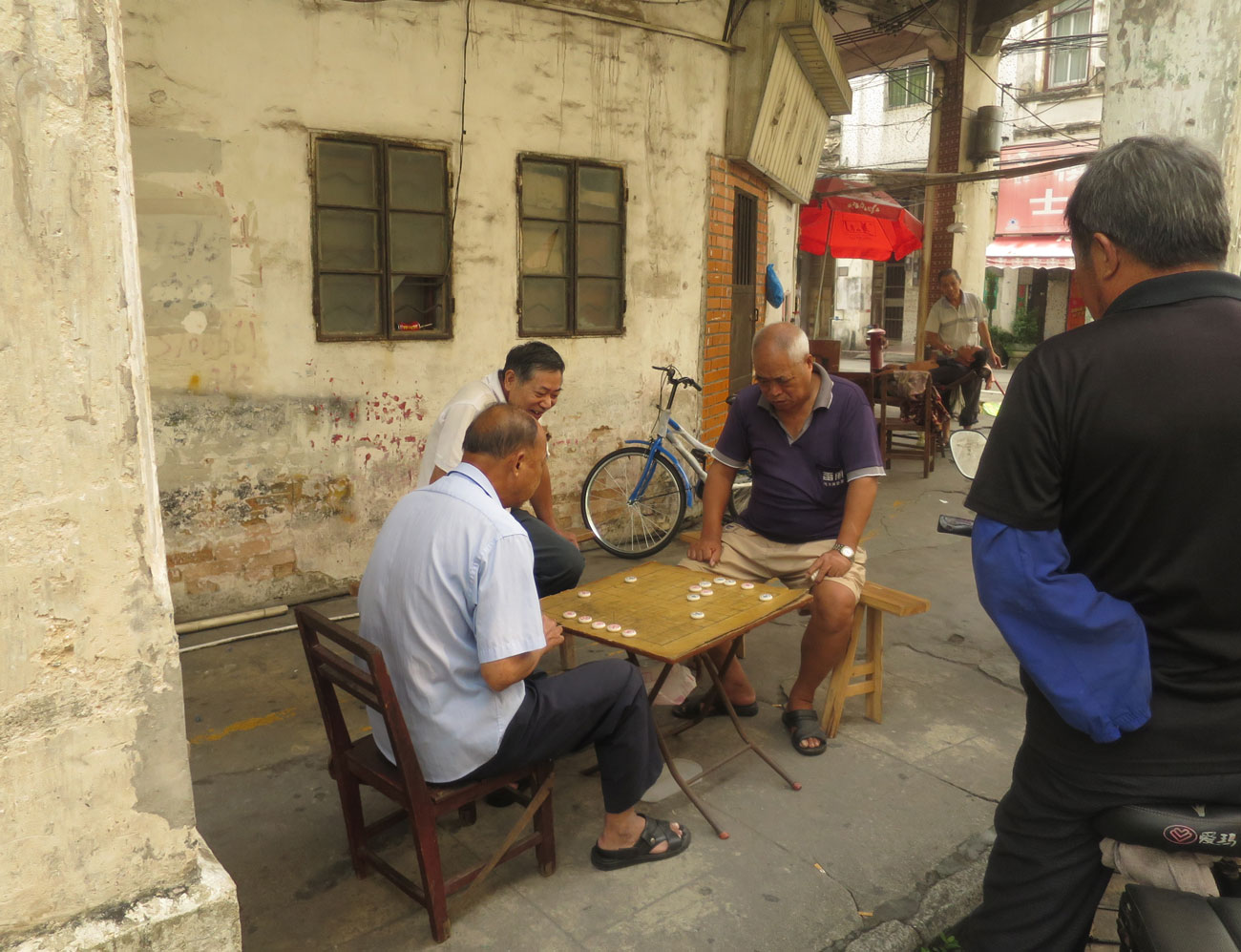 But yesterday a thought struck me. What if it wasn't because of Koldbrann at all, but because I'm, er, OLD?!? Ahrrghhhhhhghhhh. Kill me now! But not before I get to the end of the DVD I borrowed from another Luddite.

In another corona-related news: Yesterday I discovered that my watch had completely fogged over from the inside because of all the damned handwashing. Oh no! My favourite watch, a Calvin Klein I bought on a British Airways flight from Hong Kong (remember flights?) probably 20 years ago. We have been through a lot together, including it being sent on two three-month trips to Switzerland for repairs. Would this bastard Corona be the end of it? Then I remembered some advice floating around in my head, something I had vaguely stored away during the early days of the magnificent mobile phone. Rice! I put my watch in my rice container and like magic, a few hours later all the droplets were gone. Wooow! 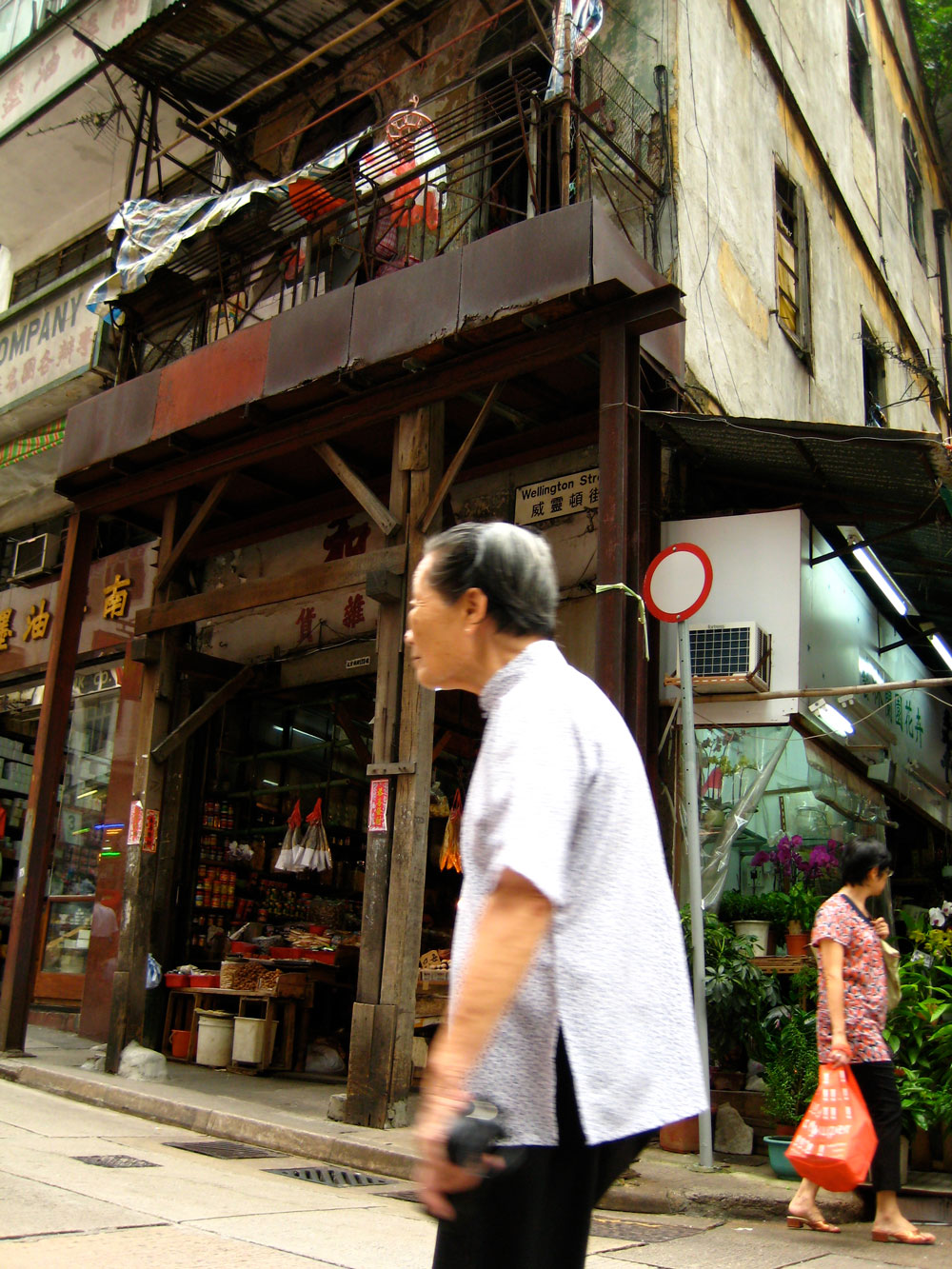 Then I put the rice in my rice cooker together with some innards and chopped carrots, and cooked a lovely meal for Koldbrann. You see? Would an OLD person with Mercadona privilege have thought of that? I think not.

Stuff to do in a lockdown: Learn a new language! 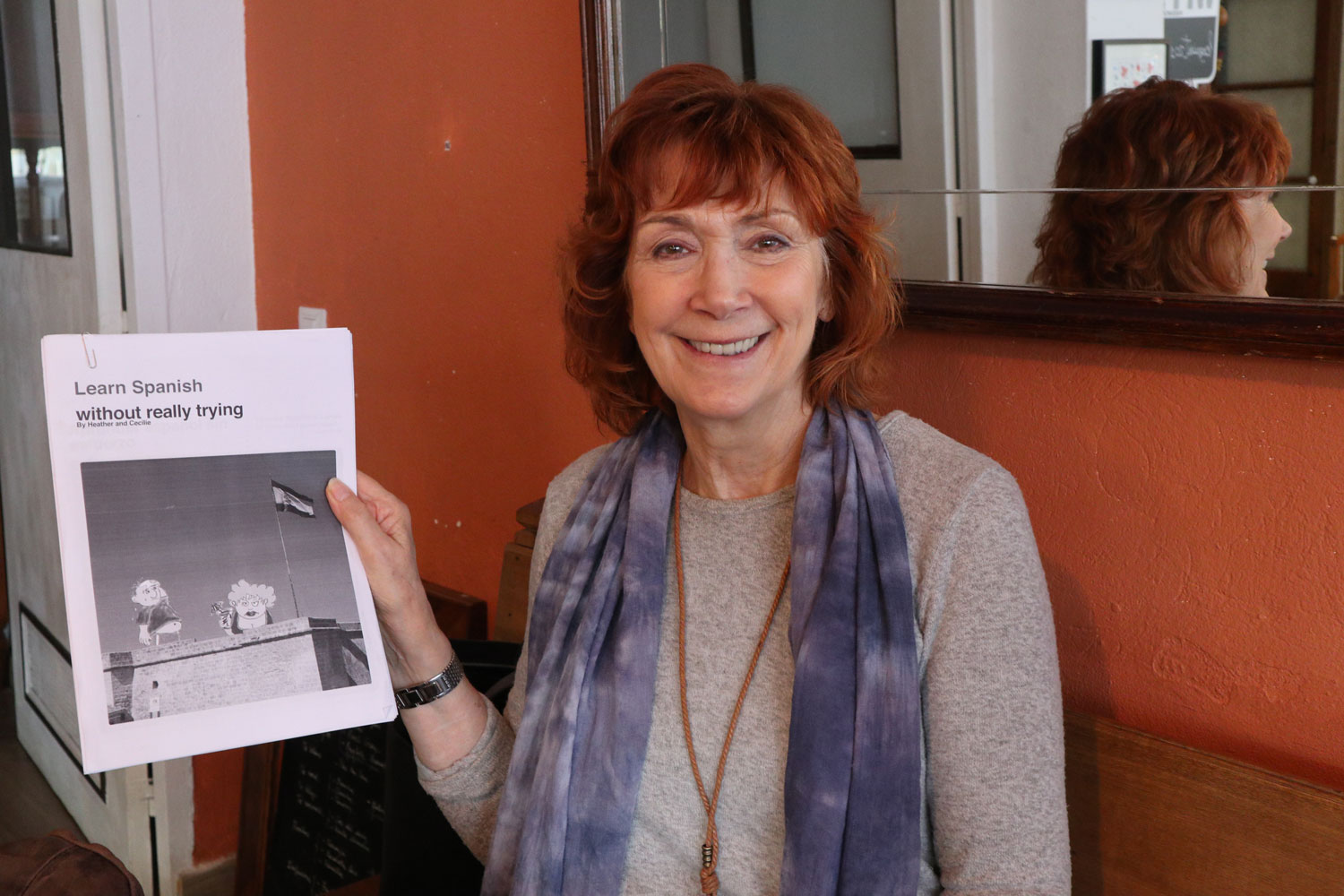 A few months ago my friend H and I were sitting in Pan y Cocina talking about how we could find something more for her to do. She was already teaching English privately and wanted some more students. A mega-fluent speaker of Spanish (Castellano) and Mallorquin, do you know, she had never thought of teaching Spanish! After being the only Norwegian Cantonese teacher in my village in Hong Kong for almost 30 years, I found that rather incredible, but when something is so close, it can be difficult to see.

So I said, let me write the course as someone who doesn't know a word of Spanish, and then you can teach it! And that's what we did. Here's our first lesson in Binissalem: 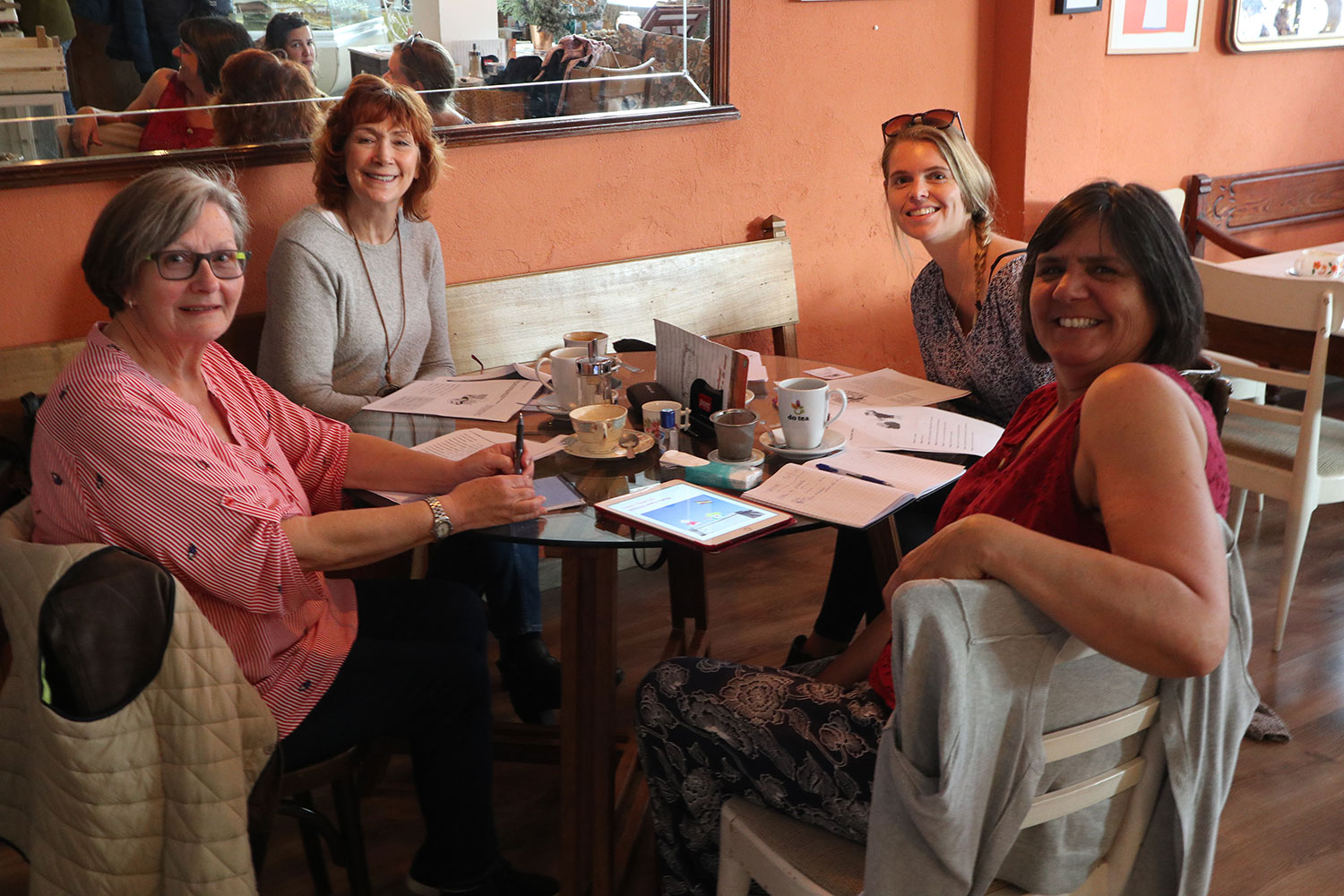 ... and about two hours later we were all told to go home and stay home and never come out again. Damn! But thank God for technology, eh? You don't have to go to Binissalem to learn Spanish, in fact you don't have to live in Spain at all! You can study by yourself or in a group, or Skype or Zoom. Here you can see H and me in action, in our early days working for Spanish World Hong Kong:

so now, between us, we've got the main languages of the world covered: English, Spanish and Cantonese. Contact us here for more details!

What a difference a week makes 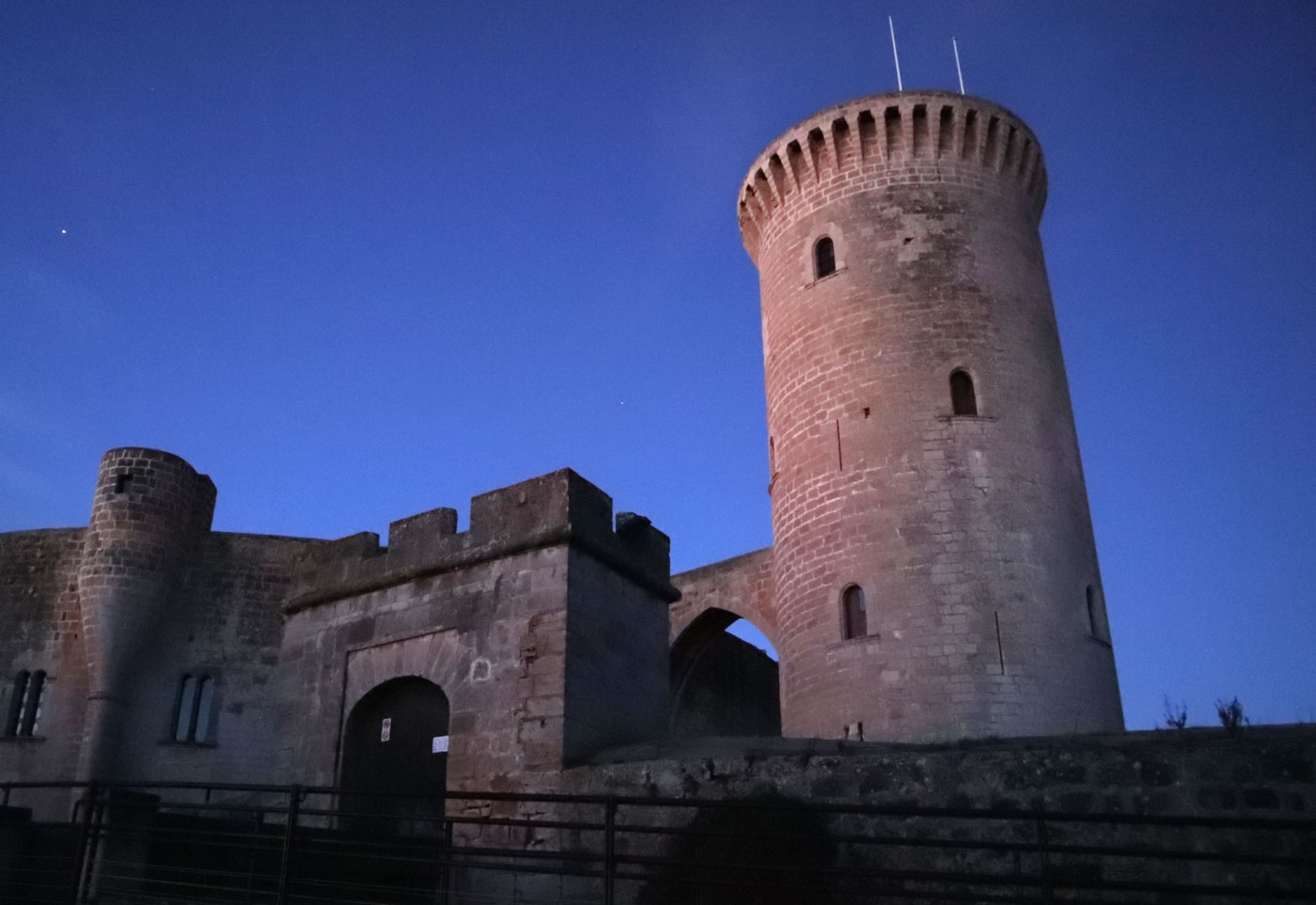 I am sooooo responsible! I waited a whole week before sneaking back to the shop (Mercadona), dog on leash. To avoid people, we weaved in and out of back streets, but signalled our honourable intentions (shopping) with carrying shopping bags while wearing latex gloves. But I could have saved myself the latter, because Mercadona has taken the great step of handing out gloves to each customer at the entrance. They had also set up plexiglass barriers between you, the virus carrying customer, and the tellers. Yes! Good move with the gloves! Because if it's really the case that this virus can settle on packets of frozen soybeans (edamame), I don't want hundreds of people's hands to touch them before I get them home. 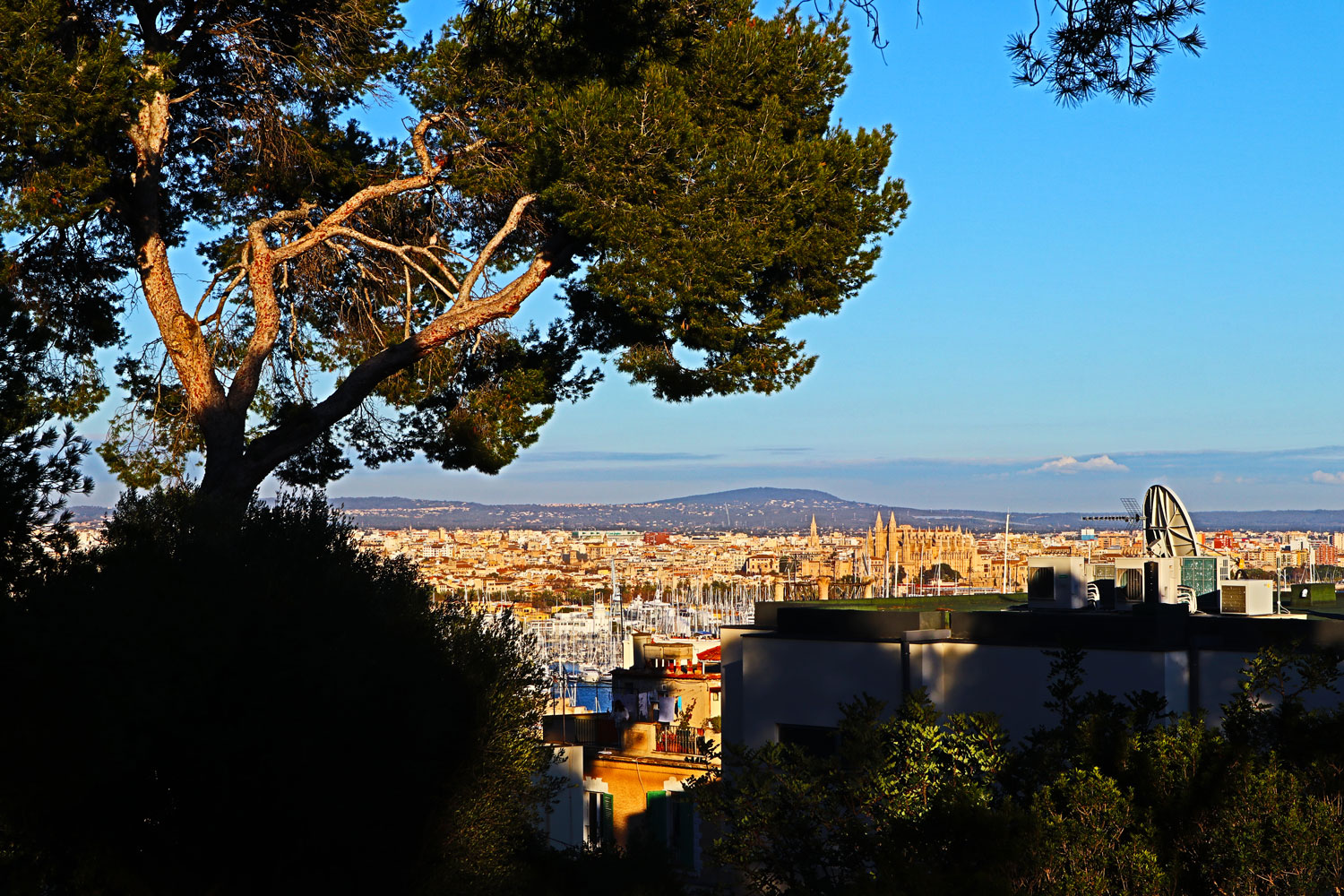 Going home I saw a police van with two masked officers. We all waved, as usual. But my first reaction was: Will they stop me? Bloody hell. Has it come to this after just over a week - me feeling like a criminal for talking my dog for a trip to the shop?

Which reminds me of the 8 o'clock chorus of clapping and boat honking every night, to honour the health workers of Spain. That's all well and good, but how about the people who bring us all the stuff we need to keep body and soul together? They are at risk too, as are the people working in shops where hundreds of potential virus carriers go in and out every day. They are brave! I would be very unhappy if I was working in retail, that's for damn sure. 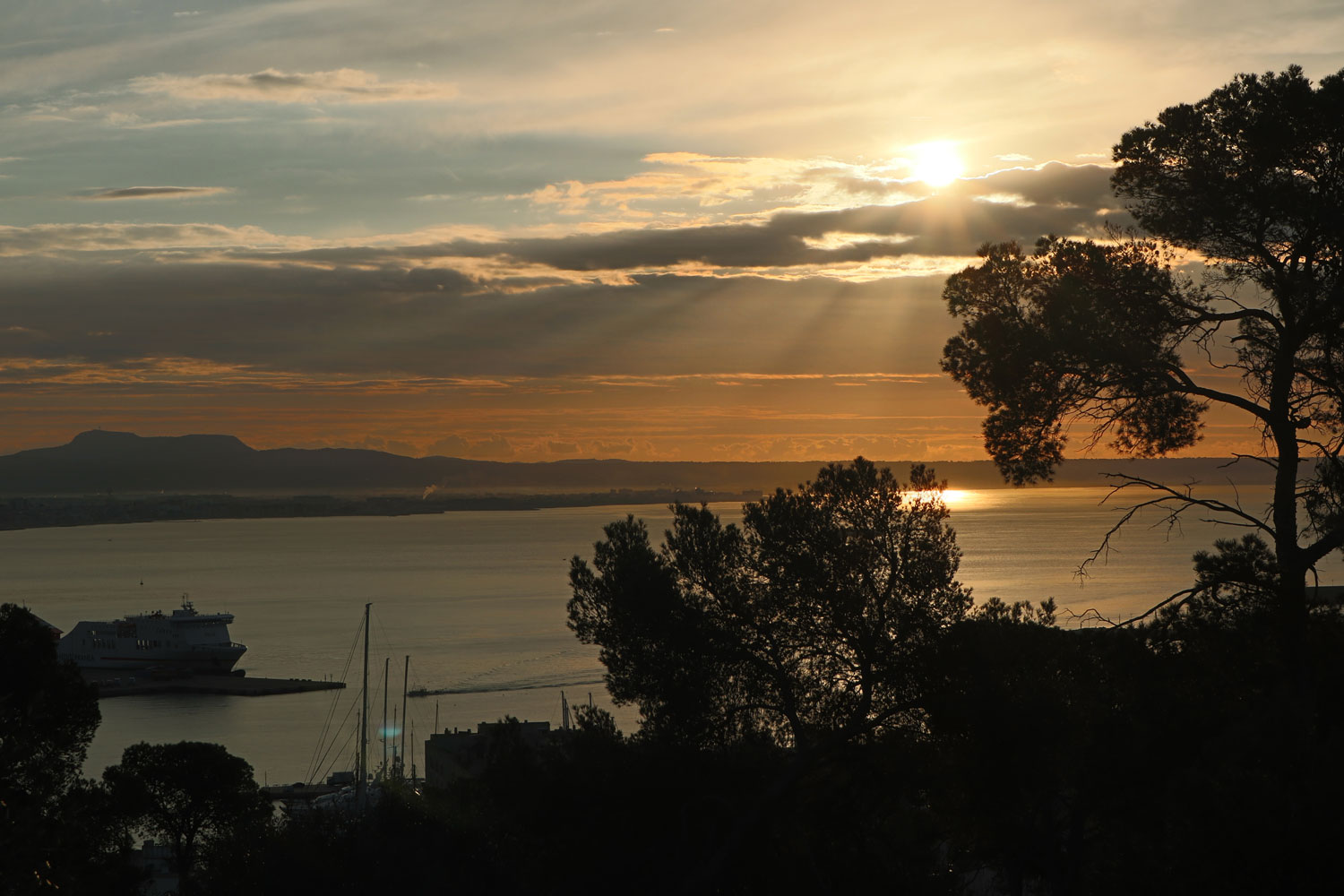 Things to do that I have put off/haven't had time to do: Clean up my photo collection(s). If I work on that for 10 hours a day for the next six months, I should be able to put at least 1/3 of them in folders and delete the unwanted ones. Woo hoo! (Notice to police: These photos were taken in 2018. When we could just go out whenever we liked.)

Today rumours have been swirling around about the Spanish government adding another 15 days of quarantine on top of the 15 days we are already half way into, taking us to April 12th. This was only to be expected, but came on top of a sudden thunderstorm whose torrential rains flooded my ground floor. I felt a bit irked, especially because I had just cleaned that floor. Then I thought about my uncle and that whole generation.

Living for five years on a boat under almost constant bombardment, that's always my yardstick when things don't go exactly the way I want them to. That, and being nailed to a cross.

We can talk to people on Skype and what not.