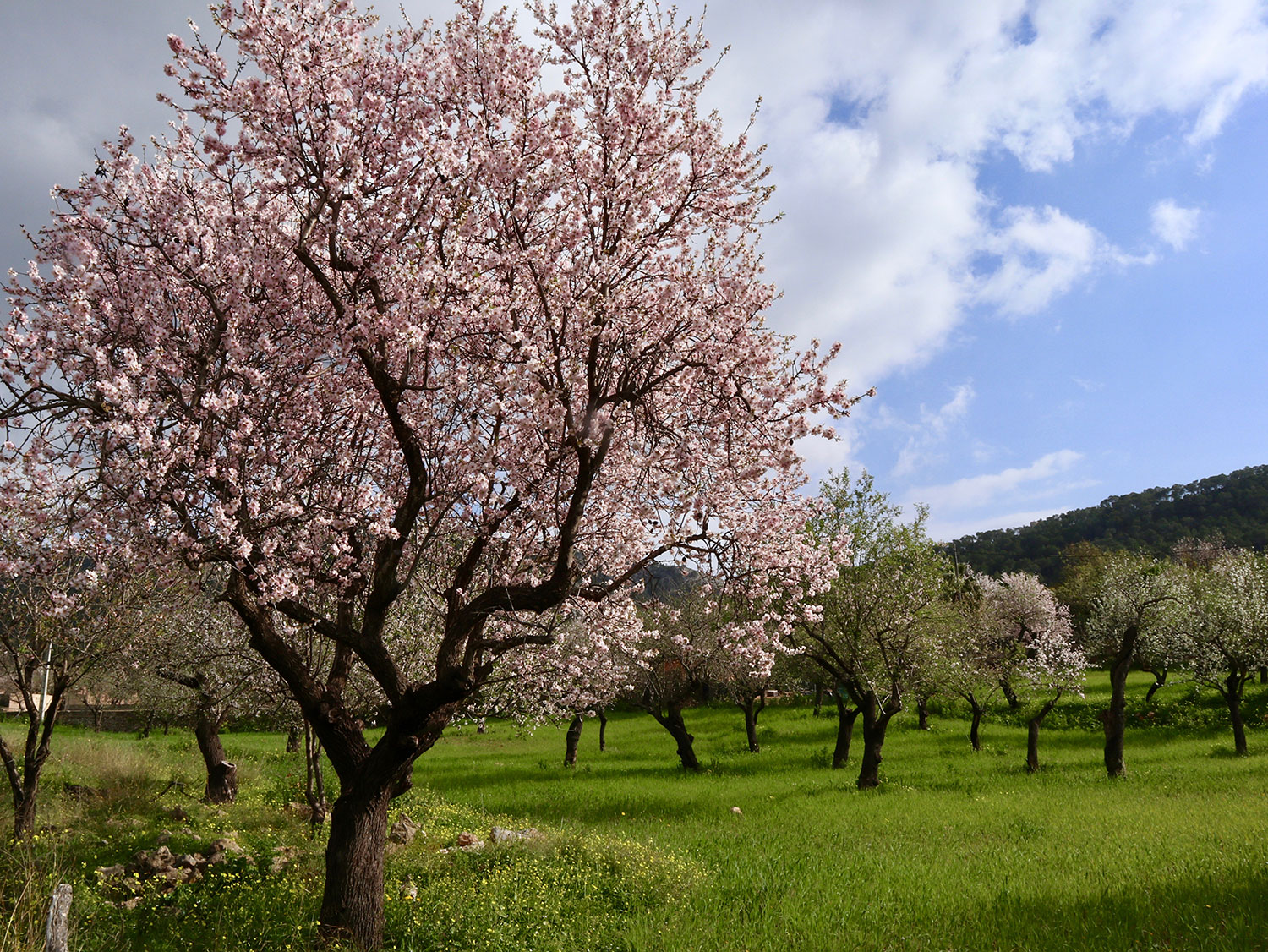 Ahrrghhh how is it possible? I missed the annual outbreak of almond flowers yet again! Last year I was buried in work, the year before that, covid, always covid. So this year I had sworn I would try to see at least one almond flower; one flower, on one branch!

But don't you think January exploded in sunny weather, the kind that would be called a nice summer's day in Norway? The flowers burst out before I had a chance to see them, three weeks early. 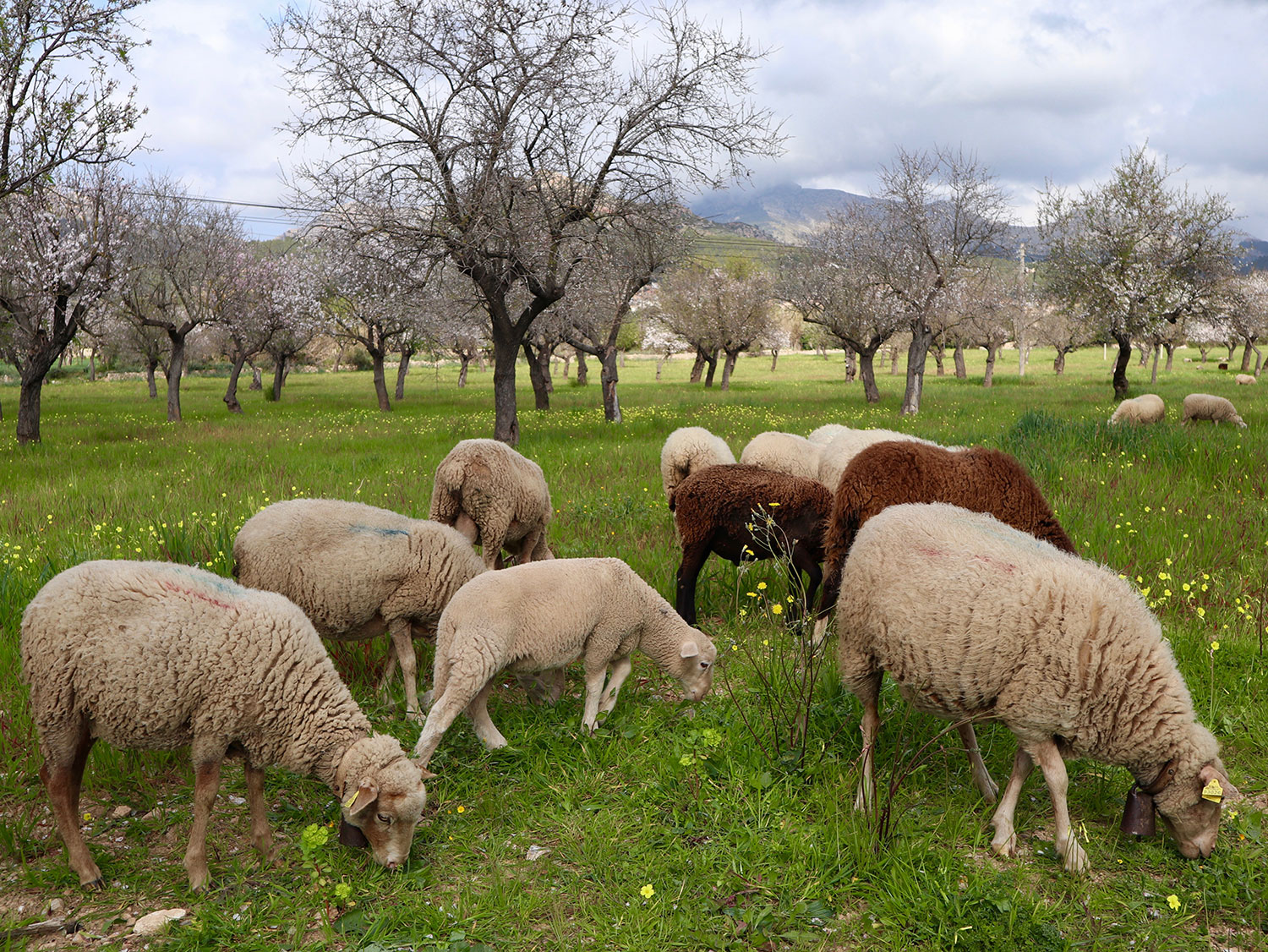 Fortunately my excellent editor and Spanish crutch Heather has a car, and she was kind enough to take me to Anthrax (Andratx, place name), we managed to catch the last seconds of almond flowers before they dropped off the twigs. A right bucolic scene it was, complete with sheep etc. What joy! Next year I'll be ready. 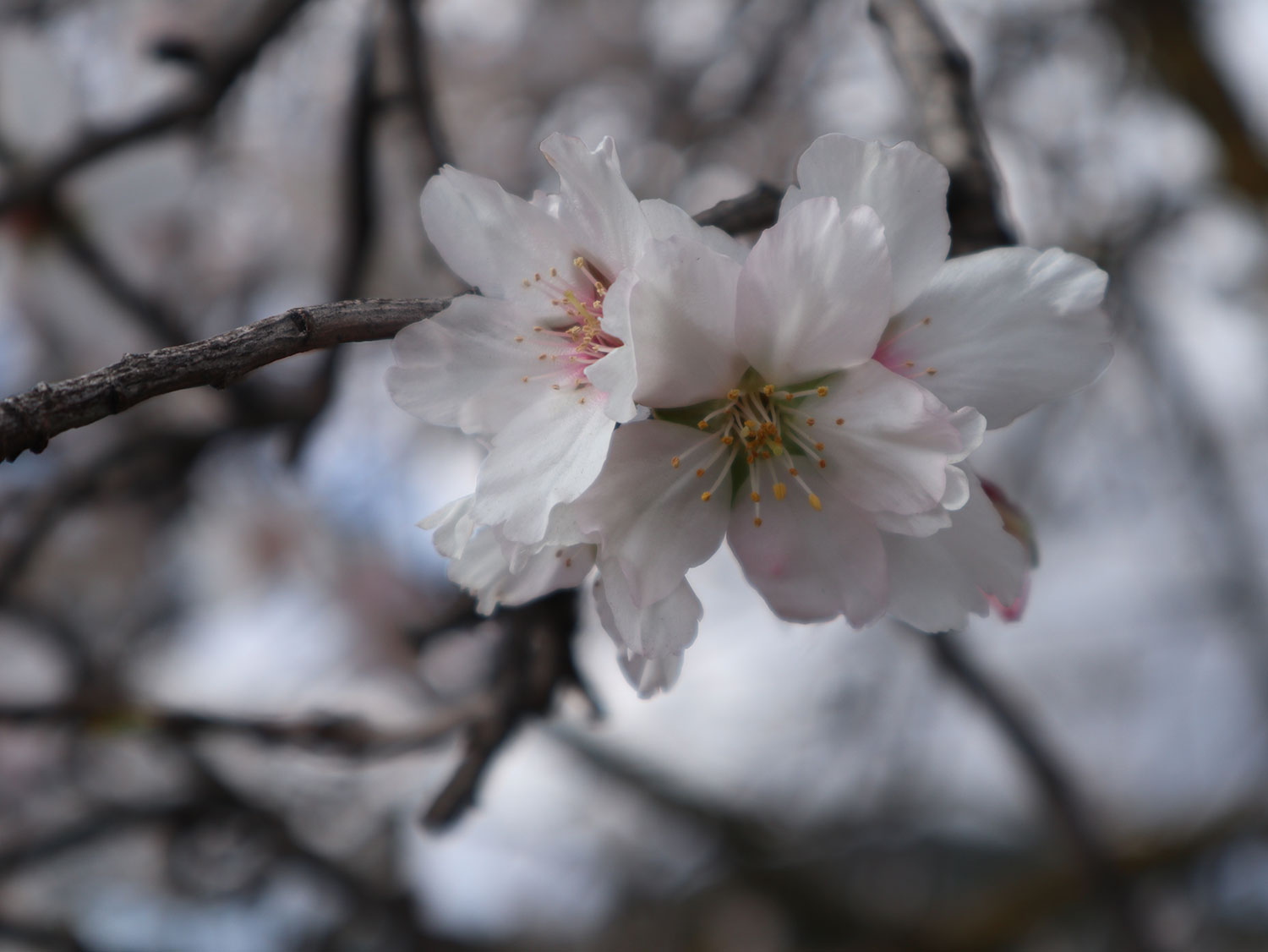 Come to think of it, the almond flower season is a bit like Hanami (flower viewing) in Japan, where people flock to park and field to see the famous cherry blossoms and get shitfaced. I always missed that too, mainly because every time I went to Japan, it was in October or November. And also, cherry blossoms flowering lasts only something like a day and a half and happens without warning, so it would be impossible to buy the ticket at the right time. Hnnnnn. 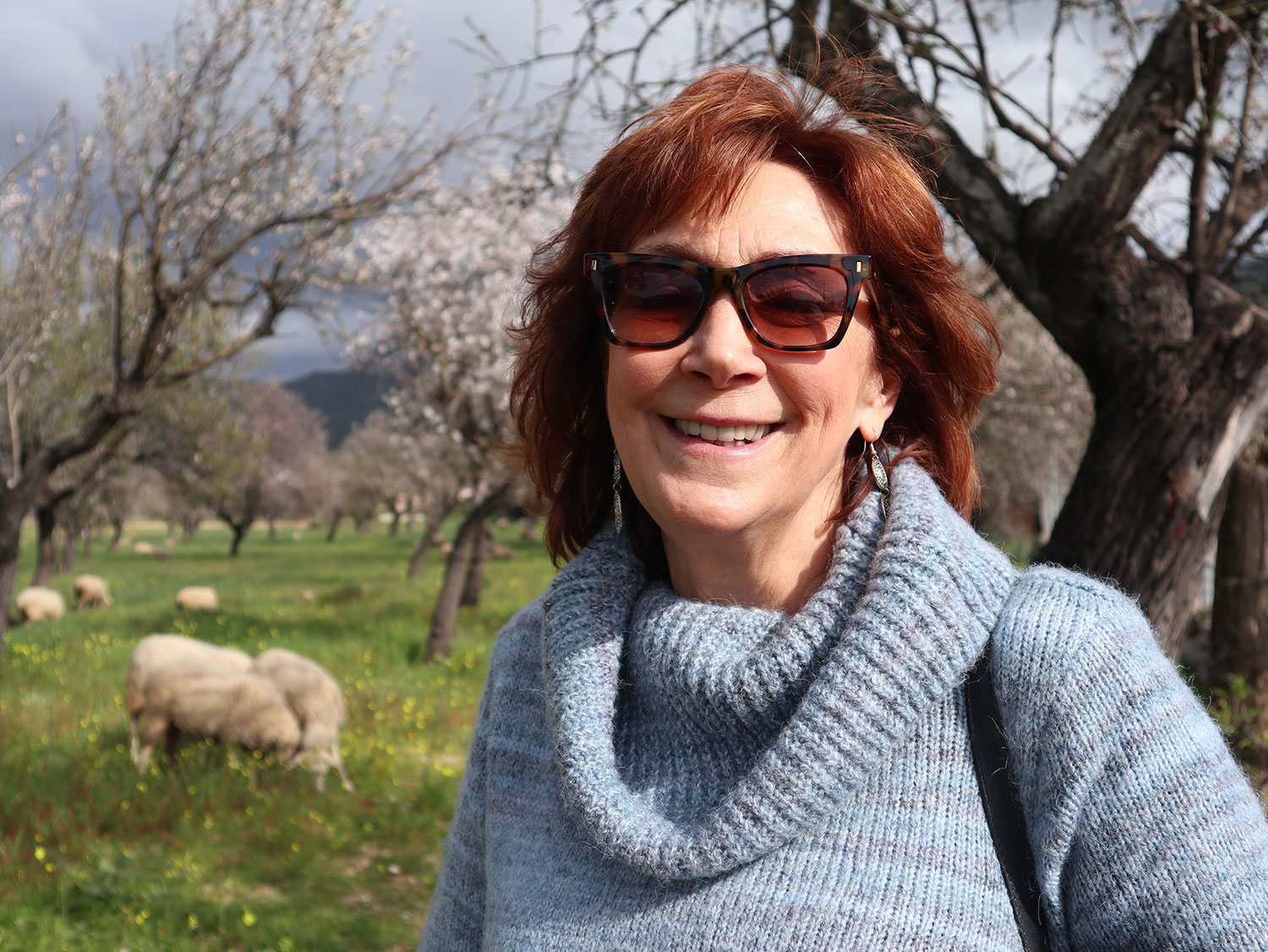 Talking of my editor Heather - she is so good at Spanish! And Mallorquin too. I think you should take lessons from her, or at least buy the book we made together, Plonkers Abroad. In it, you can learn Spanish through the method of 'plonkerism' - learning from other people's mistakes.

And while I'm at it - I can't urge you enough to take Cantonese lessons from me! It will open up a whole new world, stave off Alzheimer's forever and irritate the hell out of the Chinese government. Win win much?