Destruction of Pui O and Cantonese 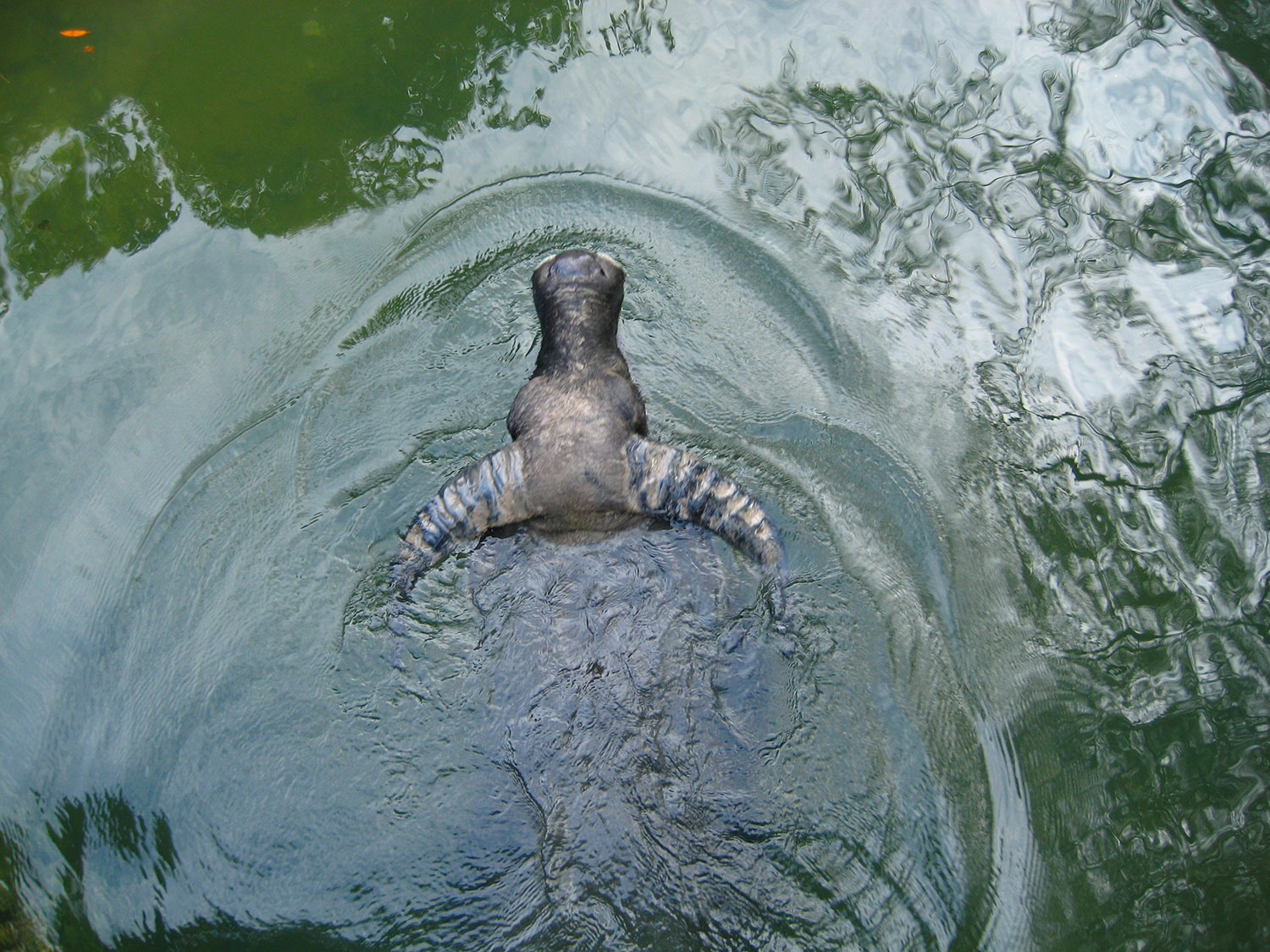 Yesterday on the morning dog walk I ran into the owner of Asmar, a beautiful and cheerful young Siberian Husky who, although young, has the patience to let Koldbrann dominance-rape him occasionally.

The owner is also young and beautiful with huge liquid, oval eyes hinting of a North African heritage. She speaks, as far as I can tell, perfect Spanish, but is originally half French. We got chatting and I started praising El Terreno, its beauty and proximity to bosque (forest) and bay. I wanted to say it's funky too, but don't know how to say that in Spanish. But it IS! It has the perfect blend of run down former glory and quirky nooks, crannies and hidden gardens.

Do you know, she said she doesn't like El Terreno! She said it is old, it has bad access, it's impossible to park there and it's far from everything (30 mins walk from the centre of Palma along a boaty promenade, not too shabby I say) 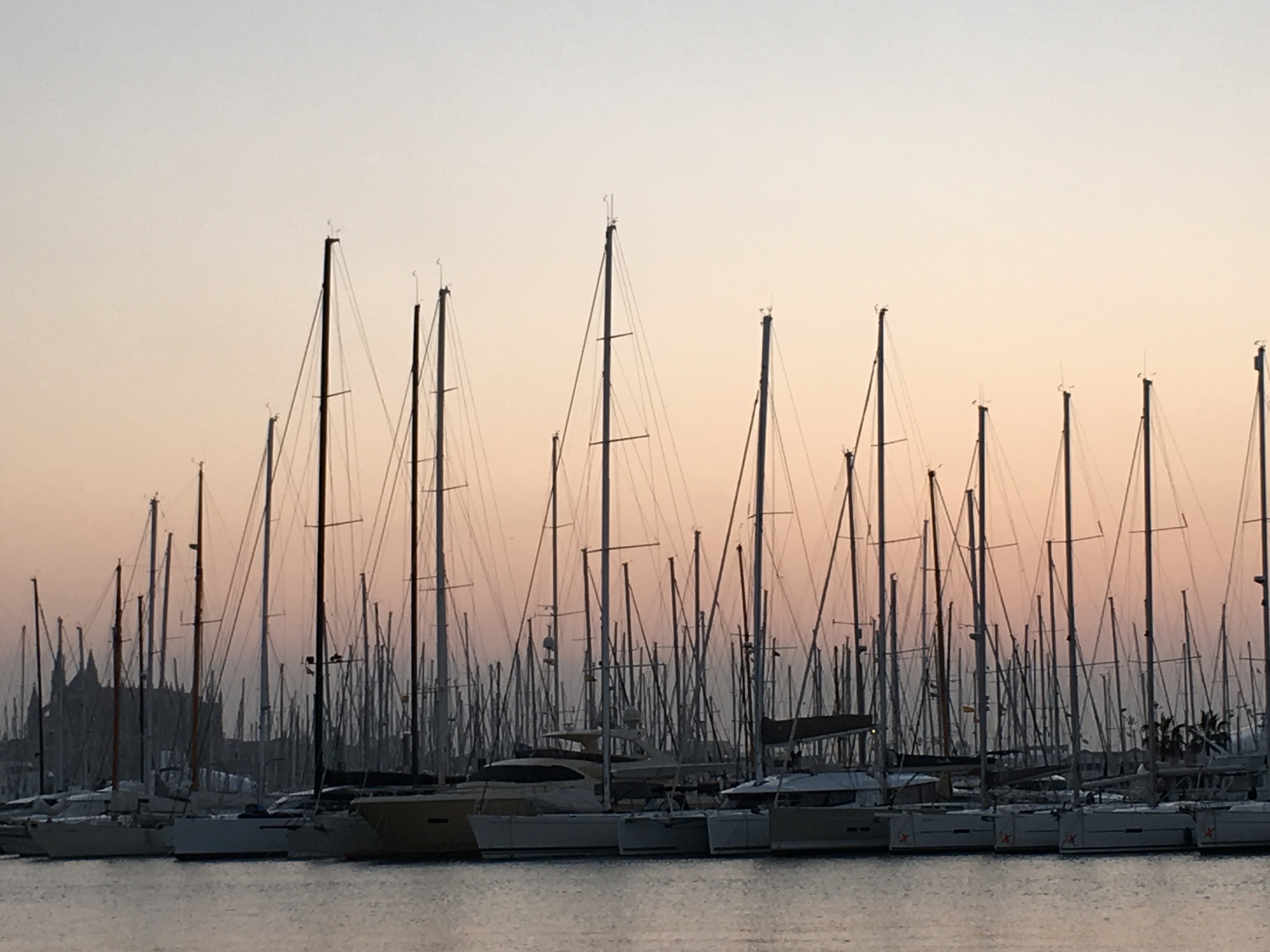 However, she said her parents love it. So it's a place for the old? Who would have thunk it! But after a lifetime in Hong Kong I understand that some people like convenience and parking houses and lifts and highways. A lot of Hong Kong people told me they didn't understand how I could live in a house - so scary and too near the ground. They preferred to live on the 21st or 64th floor, air conditioned and with lots of people around. 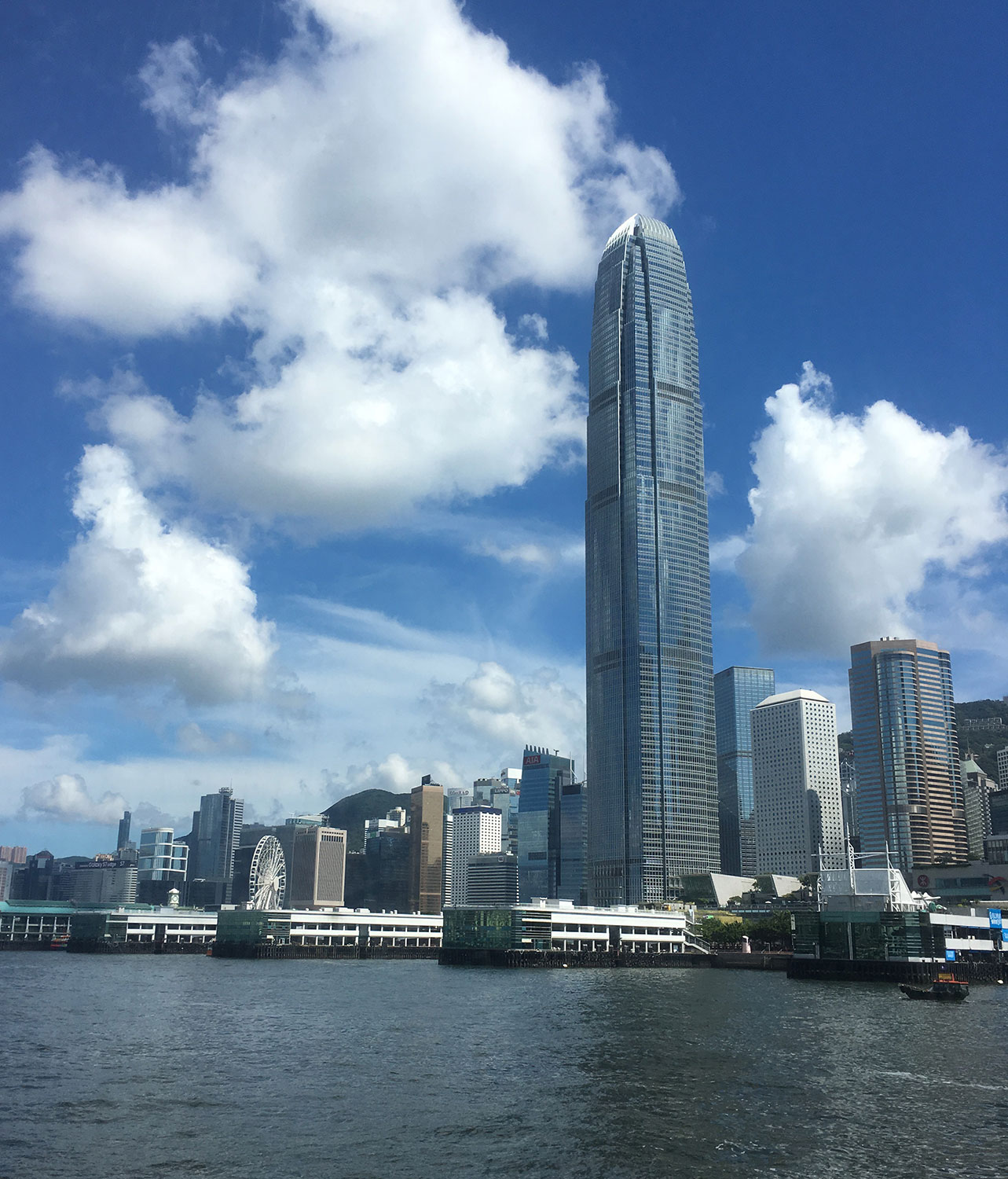 Me, I spent almost the entire 30 years in Hong Kong in various villages on the same island, Lantau Island, supposed to be the Green Lung of Hong Kong. The last village I lived in was Pui O, by far the most beautiful and interesting of the three I tried, with its long beach, mangroves, great walking terrain and huge areas of wetland harbouring Lantau's at the time best kept secret: The mighty Water Buffalo. 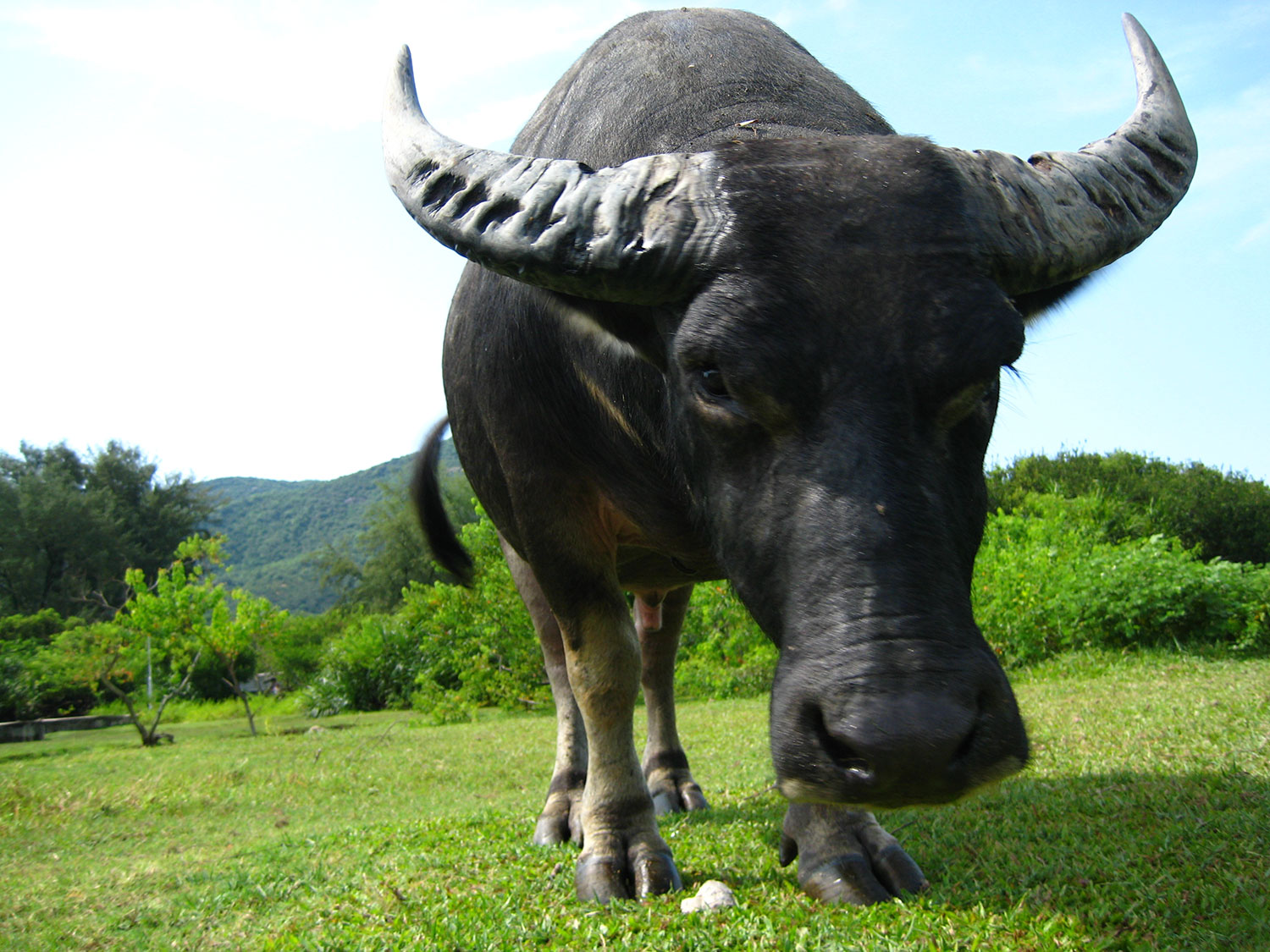 These enormous beasts, remnants from days of not very yore long, when farmers used them to till the fields of Lantau but now semi feral, sauntered around the wetlands not three minutes' walk from my house, in herds of up to 70 animals. Completely harmless, they spent their days rolling in mud, digging new trenches through the wetlands with their sturdy hooves, and sometimes walking down to the beach or river for a good old bath. 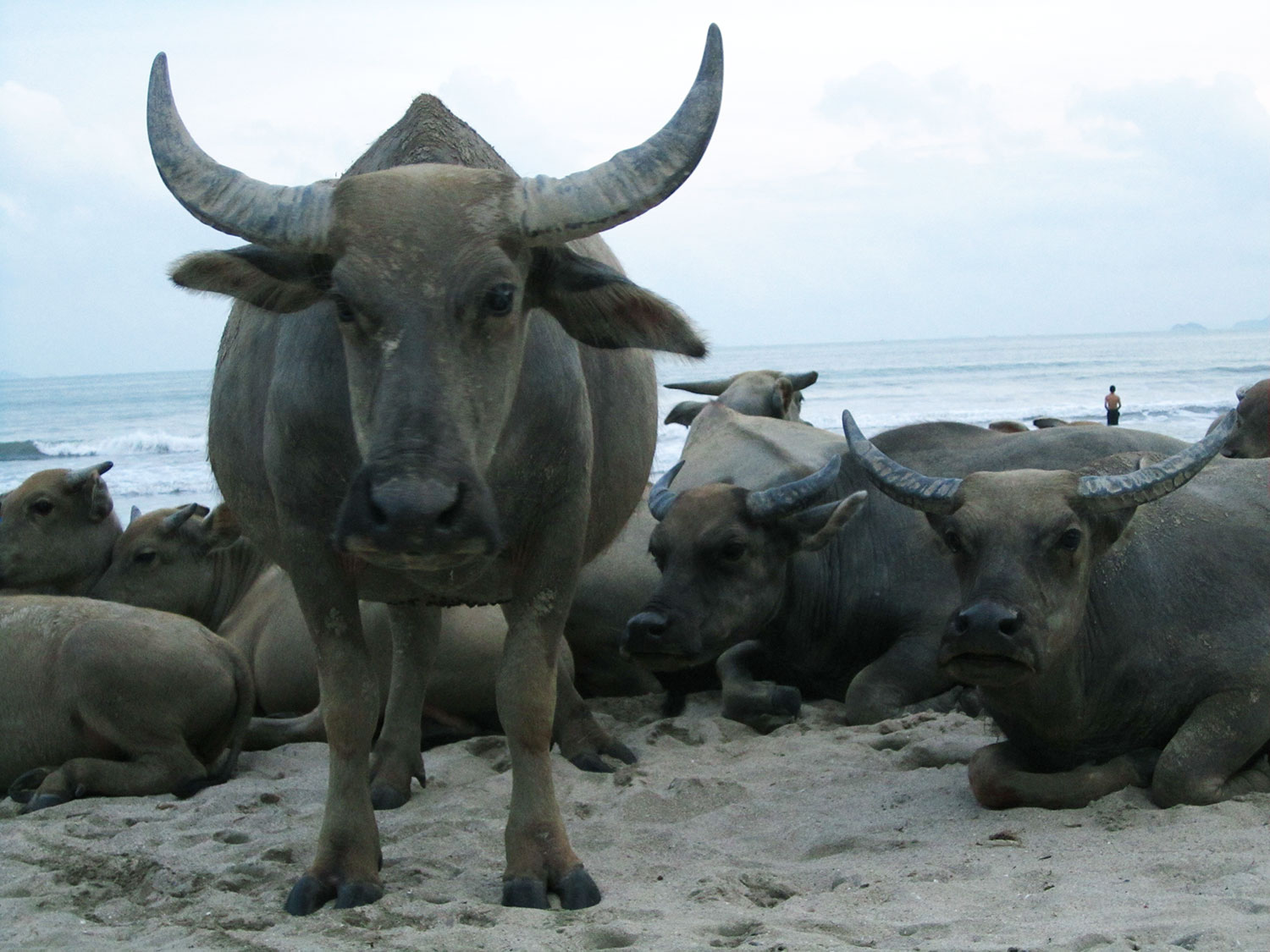 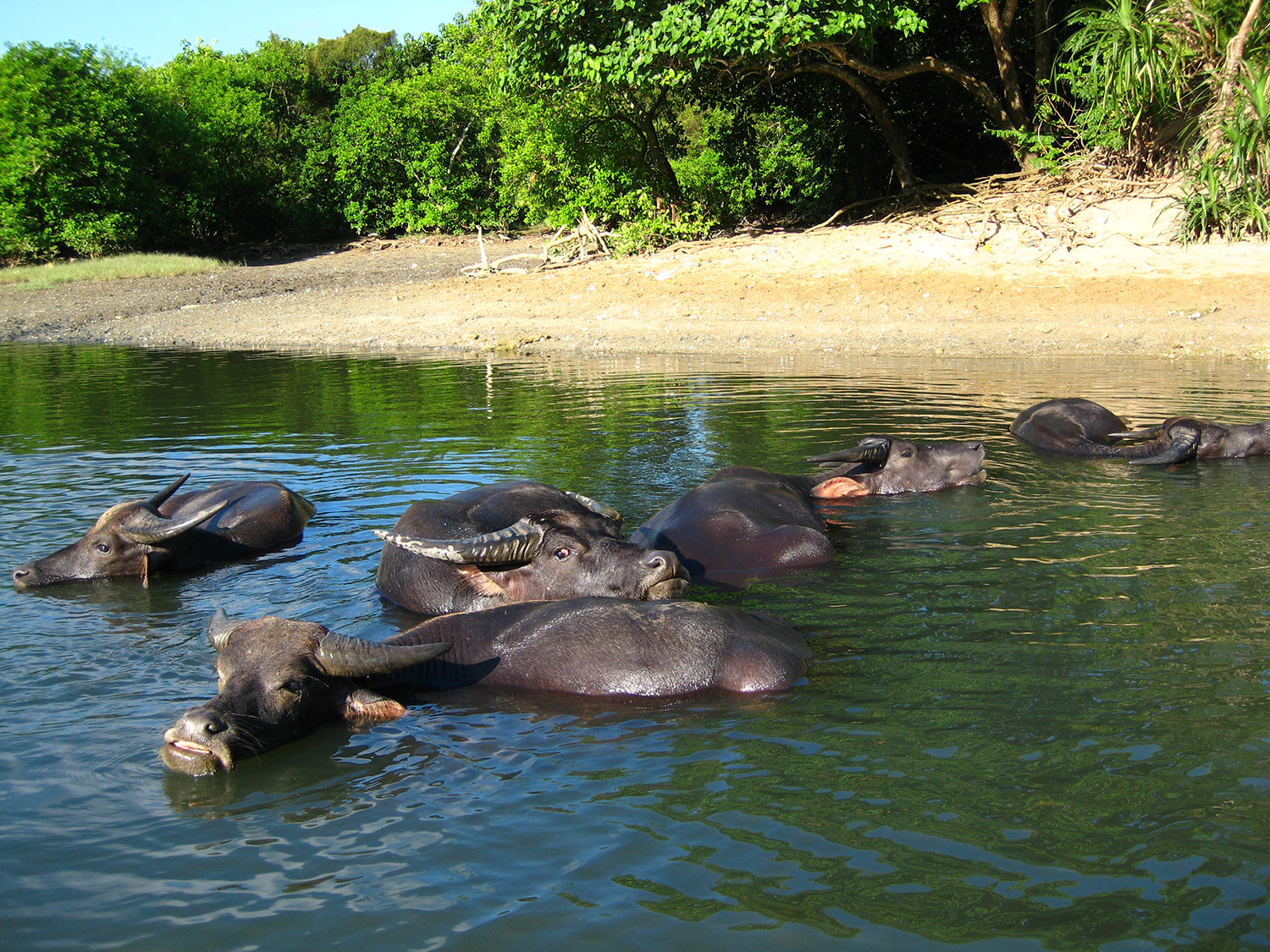 But because the Hong Kong government (and a fair number of villagers it has to be said) don't like things that remind them of their childhood of poverty (and who can blame them), they see buffalo as old fashioned, backwards and dangerous. Not least, the hulking 'water cow' slow down traffic as they amble across the roads making busy people with city aspirations stop for five seconds or more. The buffalo must out! Forget that they keep all the grass in the area trimmed, attract migrating birds and tourists and have created an entire eco system on the wetlands complete with little fish; we must get rid of them!

Raising much ire with their first cack-handed attempt at "moving the buffalo to another island" (where they would have died from lack of fresh water) by tranquilising them and stacking them in a truck, resulting in 18 of 20 animals being crushed to death, the government found a different, "kinder" approach: Eliminating through sterilisation and culling. Now all the females in the herds have been 'done' and when I left, many newborn calves were dying after a few weeks because the water and grass has become so polluted, so it won't be long before the last mighty hoof has squeezed out its last footprint in the mud, which will by then be concrete covered in crap anyway. 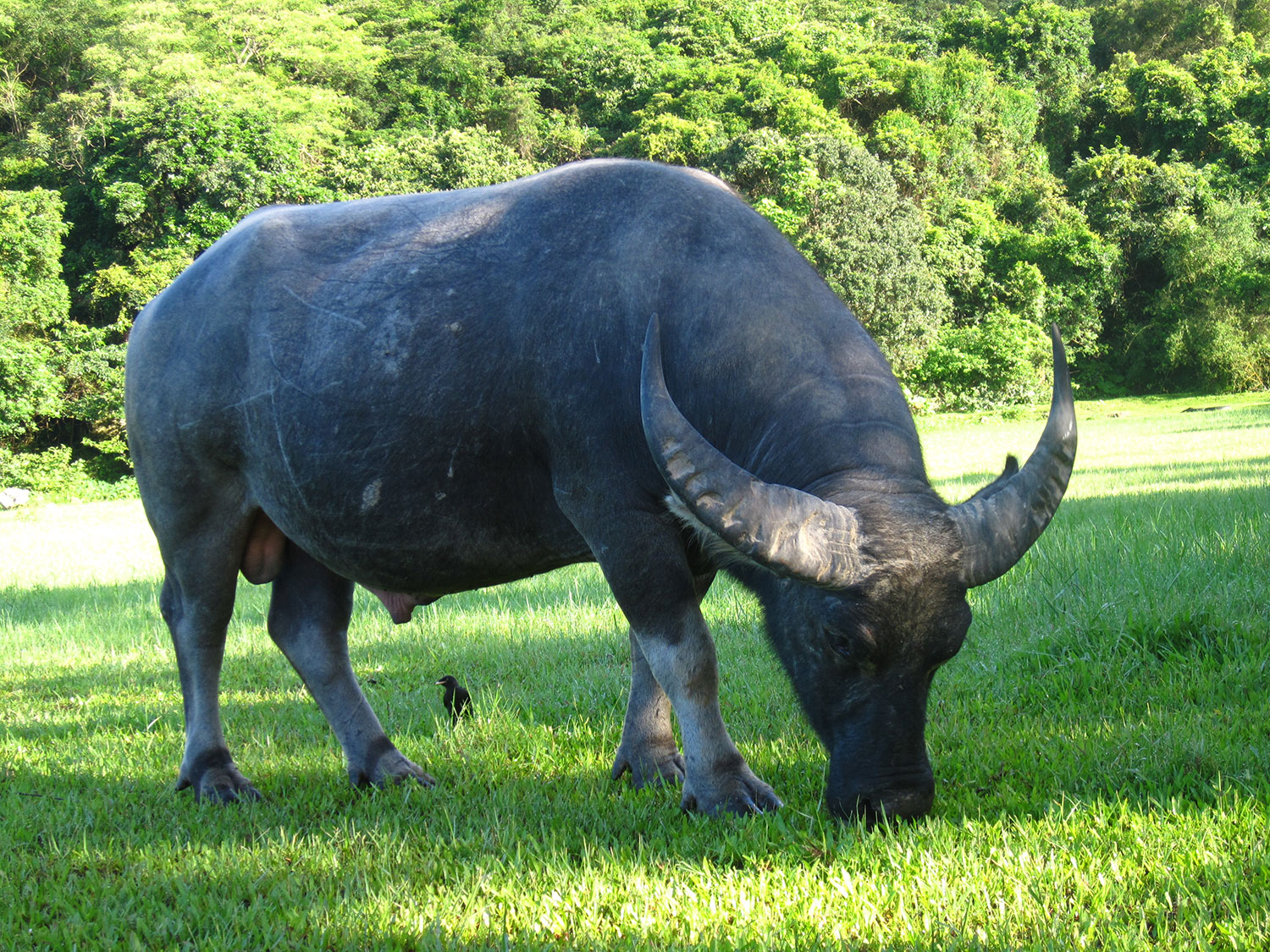 That was another reason for me to leave Hong Kong. Pui O without the water buffalo, and, as I will show later, with the continued destruction of the entire wetlands and surrounding beauty spots, is really nothing. In fact, most of the green stuff you see in the photos above, is already gone.

Still, there is one way to keep at least a corner of Hong Kong alive: By Learning Cantonese the Natural Way - from a Norwegian