was the scourge of Hong Kong throughout most of the time I lived there, and apparently after 30 years he is still active.

Hundreds of dogs in the leafy hillside of Mid-Levels, one of the few places people can legally walk their mutts in dog-hostile Hong Kong, have fallen victims to his psychotic canine cleansing. He? Well, yes. For some reason, everyone thinks it's a he, although he has never been spotted as he puts down his choice pieces of chicken or pork drenched in poison.

I lived far away from Bowen Road on an island, but dog poisonings were not unknown there either: Villagers with an axe to grind, barbecue materials left behind, crap with crappy crap in it everywhere, etc. 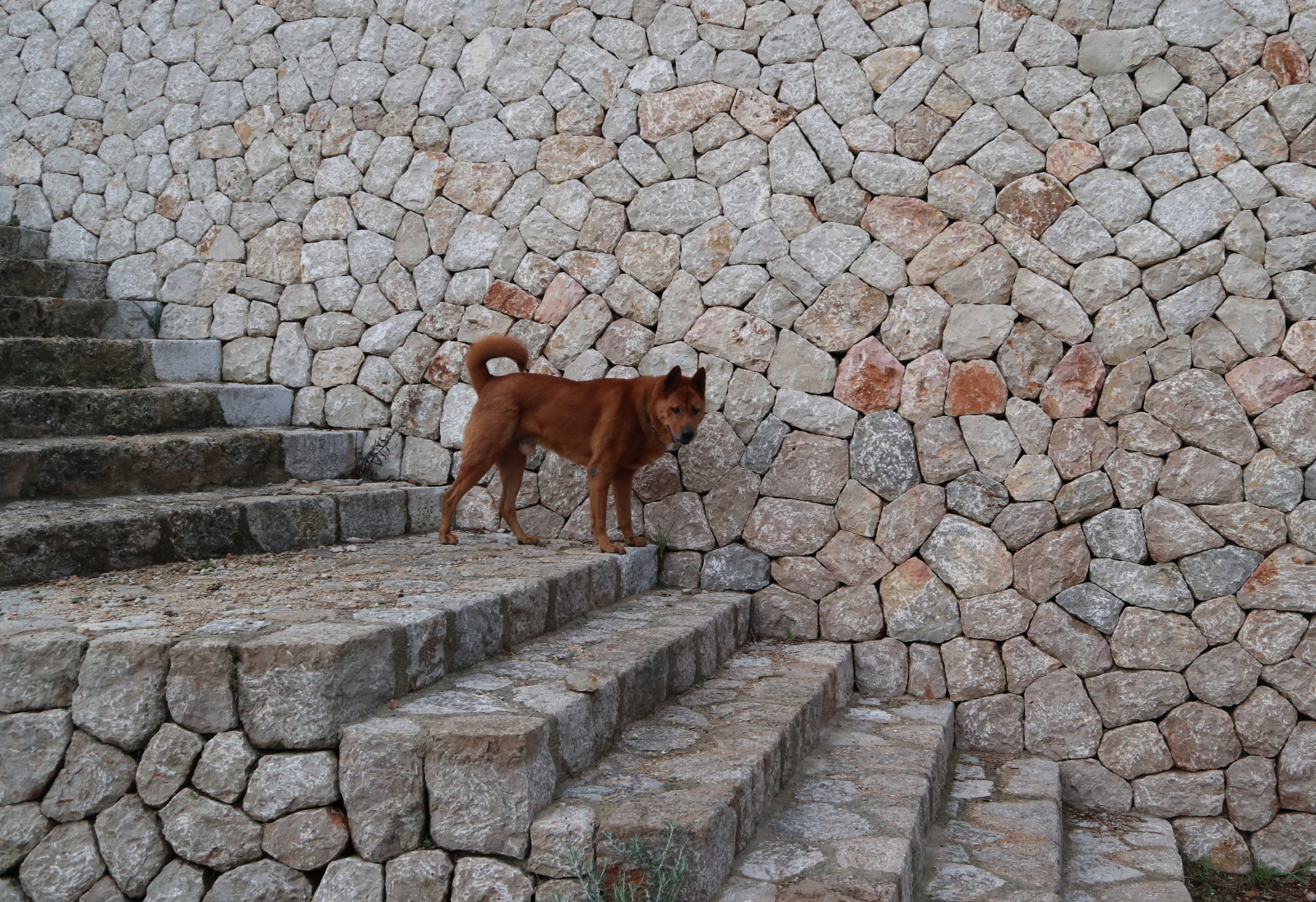 I was therefore so happy to come to Mallorca with its cleanliness and dog loving shops and restaurants - imagine the double take I had to do the first time I saw someone taking their dog into the bank! But my joy soon turned to dismay. For here, people love animals so much, they put out dried cat food absolutely everywhere, and since coming here, Koldbrann has developed an even finer sense of smell.

He is like a heat seeking missile, honing in on cat food, discarded baguettes and other delicacies from kilometres away. One of his favoured delicacies is outdoor deposited human poo, the incidence of which has increased exponentially this year with young people partying outdoors where before they sat civilised-ish in a bar.

I keep Koldbrann on a leash most of the time, but even then he manages to dive like a hawk to vacuum up all sorts of crap from the pavements, forest lanes and tree rings. If something has ever been alive, been inside a package or someone's intestine, he will find it.

But when he is at home he is a paragon of restraint, waiting to eat until he is invited, never touching the dustbin or things on low tables or chairs. And he sleeps through the night.

I therefore knew something was seriously wrong when he woke me up at 02:43 Friday morning, dancing round the bed, nudging me and yelping softly. What the? I had only seen him like that once before, last year when he wanted to get outside to puke. But this time the balcony door was already open, and what's more, I saw to my alarm, he had already puked.

I jumped in my clothes and flip flops, feeling there was no time to waste on shoe laces. Out we dashed, but wait! We are living under curfew! House arrested! Koldbrann was beside himself with - something - and dragged me down the street, galloping. Oh no, a car! What if it was the police? Wouldn't it be absolutely ridiculous if I were arrested - for being outside? I dove into the shadows, feeling like some kind of beret wearing heroine of the Resistance. 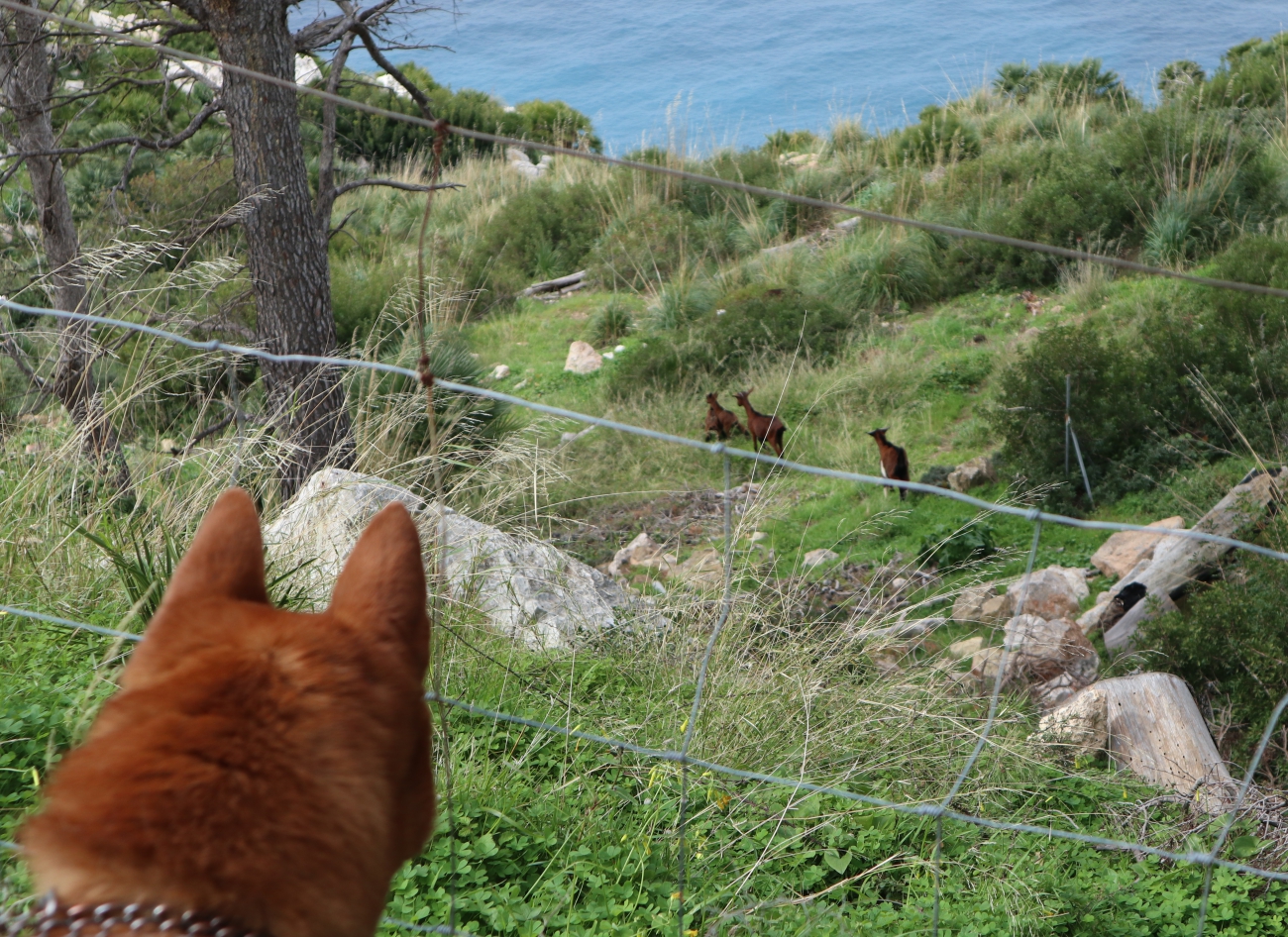 Finally we were in the little harbour of Can Barbera, the nearest nature-like place. And that's when Koldbrann could finally let it rip, with a projectile diarrhoea so straight and perfectly aimed at a tree, no one would think it wasn't ... just discoloured water.

We trudged home, clinging to the shadows, and I went back to bed. At 04:45 the same thing happened. Hop, hop, yelp, flip flops, projectile diarrhoea in Can Barbera.

It's a good thing I like to get up early! I got a lot done that day.

And were we ever caught breaking the curfew? Of course not! No police. Only lawbreakers like me are outside at that time of night.