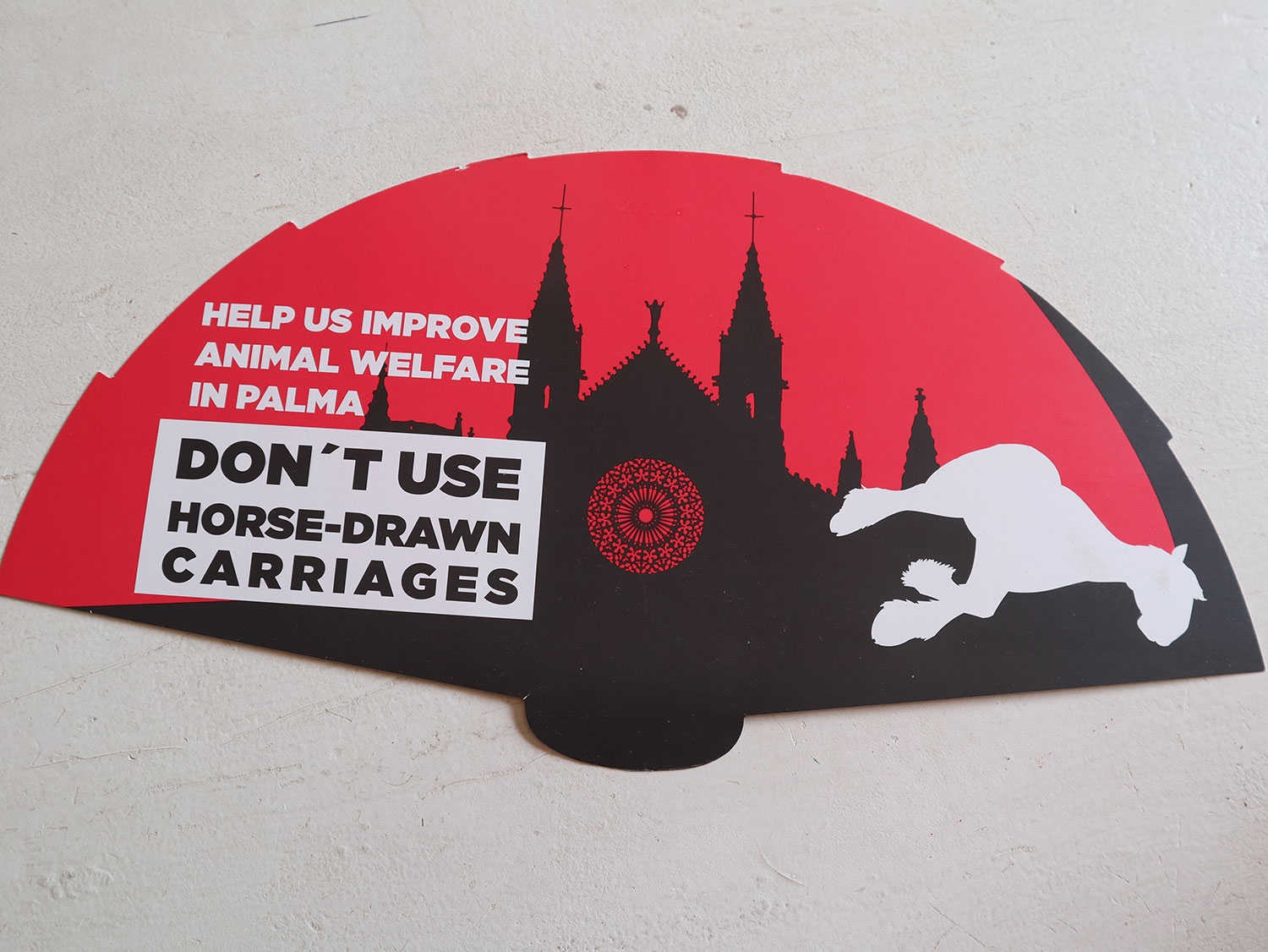 Almost good news! After I don't know how many years of complaints, the local government was finally getting around to agreeing to think about taking steps to maybe stopping the custom of horse driven carriages in Palma in the middle of the day in up to 45 degrees.

But first there was to be a demonstration in favour of the horses.

It is rather painful to look at, I must admit; the enormous tourists and driver in the buggy and the thin, panting horse struggling along the asphalted, lightly melting city streets. Can't they have people pulling the carriages, like the cycling rickshaws in China of yore? At least people can decide when they need a drink of water or a break, and not just collapse and die like the horses. Having said that, in the latest incident

the horse didn't die at all, the owners indignantly protested, it just collapsed a little. Also, those animal rights campaigners are clearly racists, why else would the protest against animal abuse. 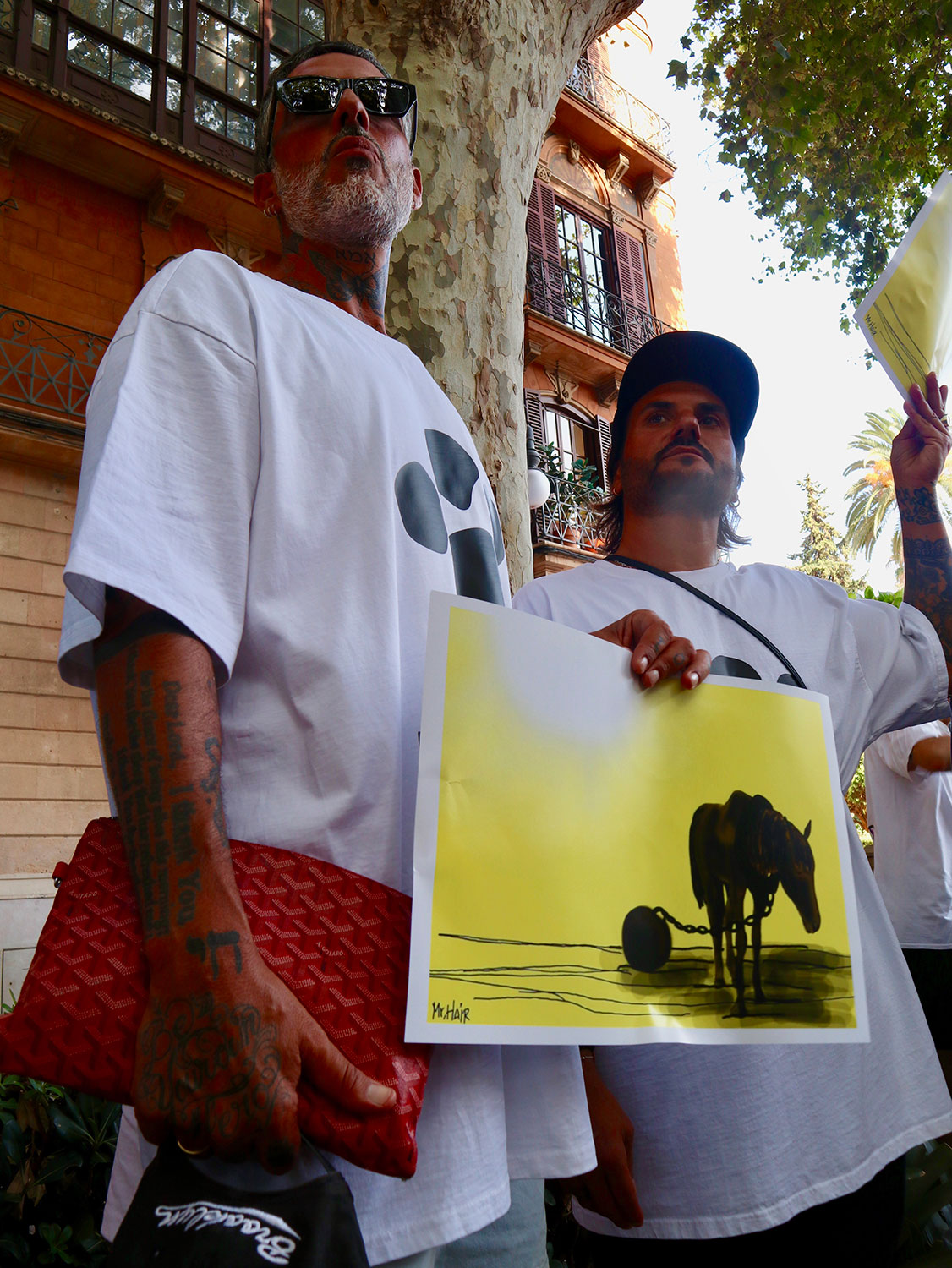 I'm always up for a good demonstration, so off I went with my friend R, to see what all the fuss was about. With clenched fists we started shouting "down with the horses" but in English and from a safe distance. We were joking, you see, knowing very well that the demo wasn't against horses, but against the abuse and accidental killing of them. Yes! Even I am against that.

I seemed to recognise many of the anti horse-abuse people from the anti vaccine mandate demos I had been to, but maybe all demonstrators look the same to me. This time, instead of shaking tambourines, they were hitting on pot lids with a spoon. Not a good sound. 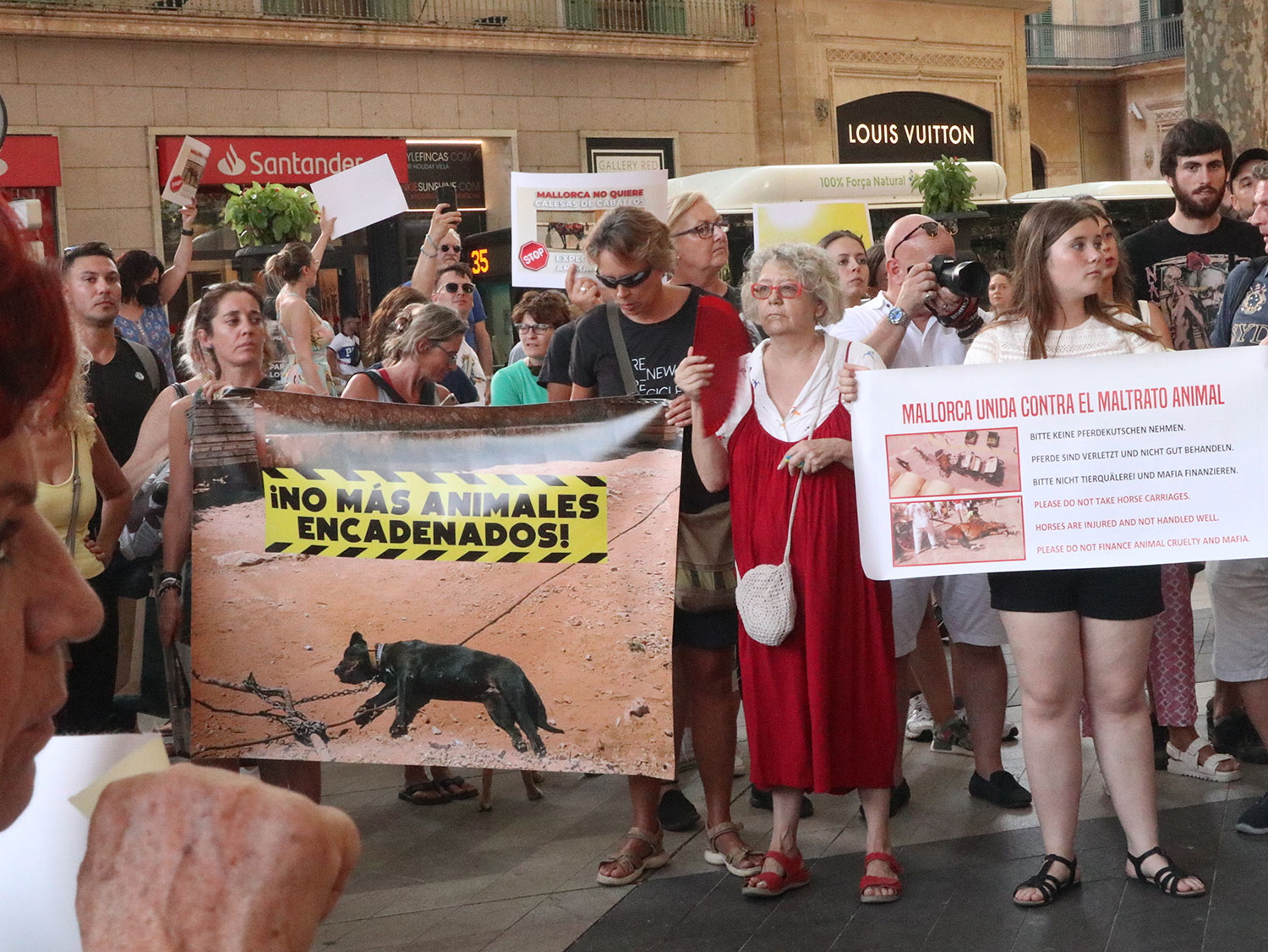 Anyway, just hearing the word 'horse' catapulted me right back to Kazakhstan, that wondrous home of Borat whose name must not be mentioned, mysterious landlocked entity to the west of China. That's where my friends E and K and I went on a semi-whim in 2011, by train from Hong Kong. It was harder to get the visa than to travel by train for three weeks without air conditioning or restaurant cars... but I digress.

In fact I think I'll have to come back to the Kazakhstan trip on another occasion. The reason I mention it now is that for both E and me, (K is sadly a vegetarian) discovering the many pleasures of horse meat was the highlight of our stay. By far. Especially barbecued horse meat. In fact the food in Kazakhstan was better than all other things about the country, as far as we could tell, with horse meat towering proudly on top. 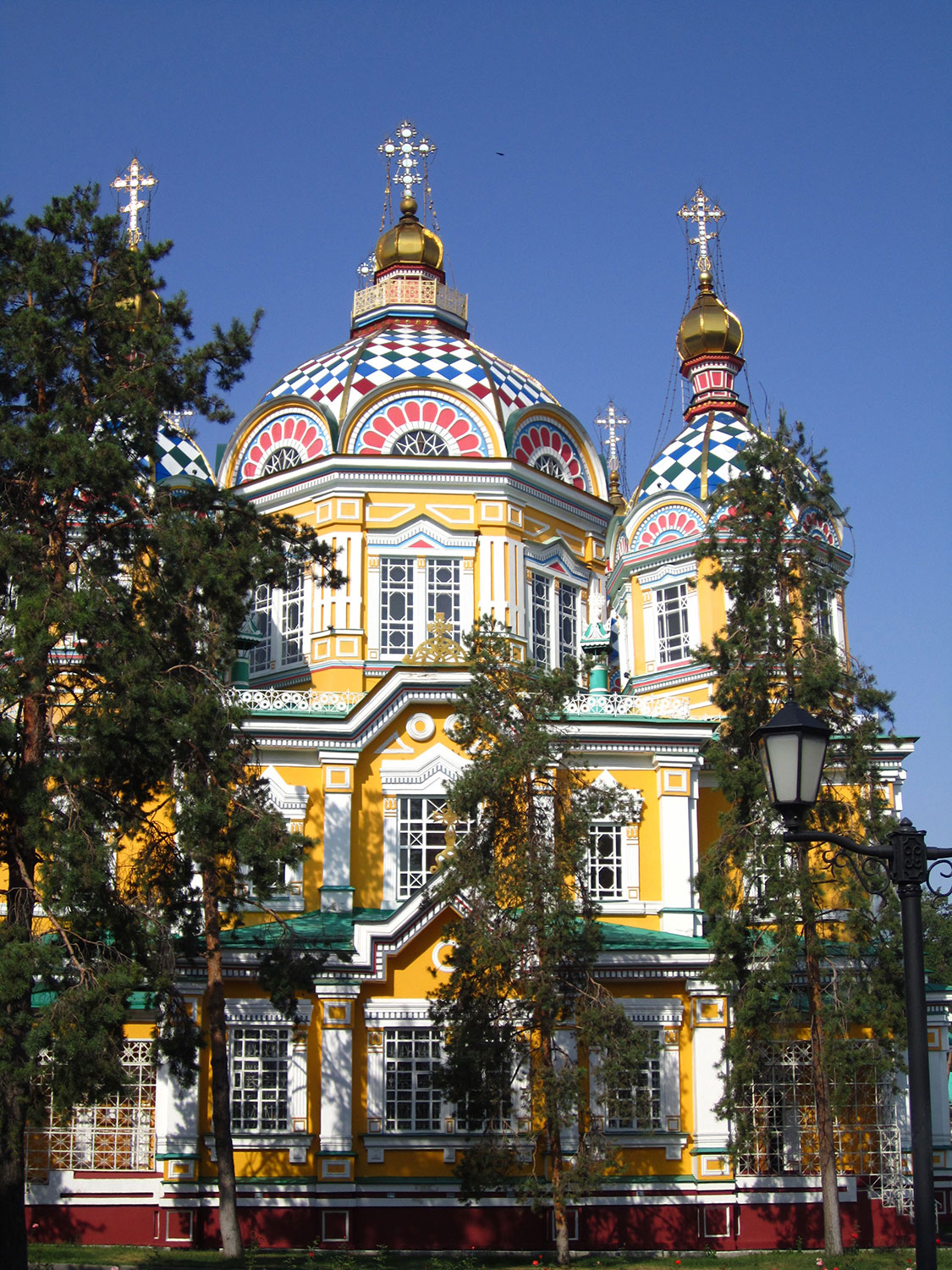 It is strange that the people of China, proud as they are of "eating anything with four legs except the table" still haven’t embraced this delicacy. After all, there would be no shortage of cheap horse meat coming from Hong Kong, on account of all the racehorses. They kill racehorses, don’t they, as soon as they as much as develop a sniffle, let alone break a leg. But perhaps Hong Kong racehorses are too lean and sinewy after all that running; what do I know. Kazakh horses on the other hand – oh! Succulent and melting in the mouth doesn’t begin to describe them. And also, if horse meat eating caught on in China, there wouldn't be any horses left in the world, to pull carriages or run free with the wind in their hair.

And that would be a pity.

Is it wrong to love animals but also like to eat them?

At least I am not part of the overfishing of the oceans. I hate fish. 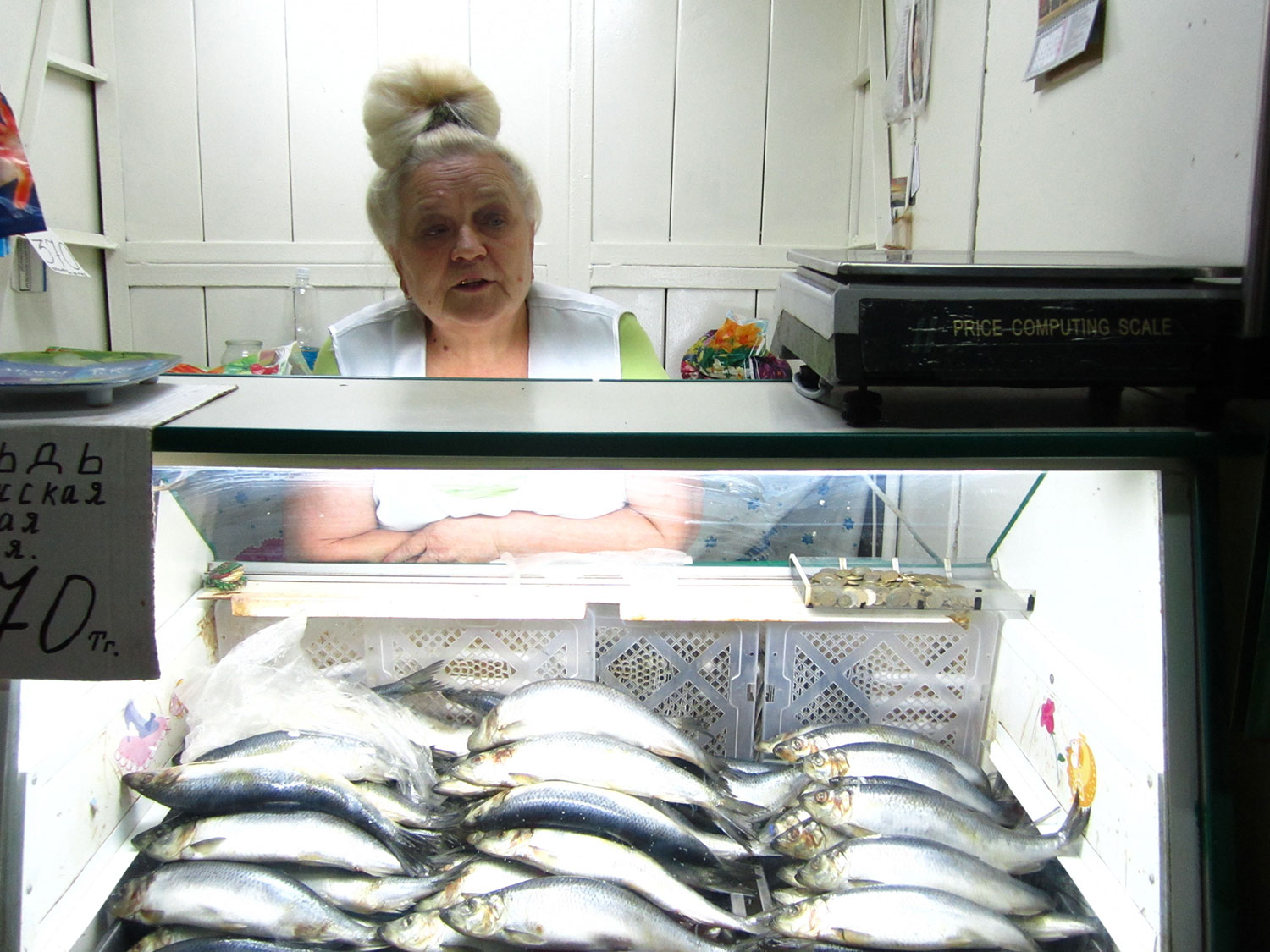 Meanwhile, did I mention that Cantonese is now on the kill-list, not only of the Chinese government who has been trying to get rid of it for years with great success, but now also of the so-called government of Hong Kong?

It's time the people of the world stood up and told them where to stick it, and the best way to keep something alive is NOT to kill it.

Learn Cantonese the natural way - from a Norwegian! If you don't have time to take lessons, you can kick off with a fun and instructive video, Cantonese - The Movie.