Past Loves, Present Loves and Cantonese 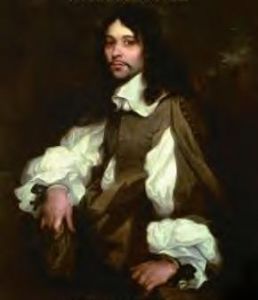 My first love was D'Artagnan. That's right, the hero of Alexandre Dumas' The Three Musketeers. With his haughty demeanour, youthful recklessness and, I imagined, dark curly hair, he was the perfect romantic dream for me when I was a child.

I must have read that book 30 times between the ages of six and 12, hoping against hope that this time Madame Bonacieux wouldn't fall into the evil Mylady's trap. But every time the book ended in the same way. Then I saw a picture of D'Artagnan in a different edition of The Three Musketeers and realised he had facial hair! It was all over between us. 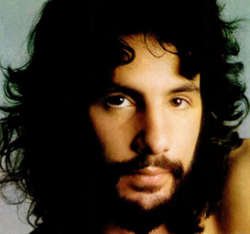 Moving into early adolescence a real, living human caught my attention: Cat Stevens. Dark, curly hair, divine songs, what was not to love. Although he appeared with a beard in several photos, he kept it well trimmed so it was acceptable. Just. I realised I was drawn to the dark, mysterious looking guys. My best friend at the time liked David Cassidy and Donny Osmond but they were just too clean for me. Cat Stevens turned out to be a worse bad boy than anyone could have imagined; a few, well, many, years later he was suddenly called Yusuf Islam, grew a long, disgusting beard and advocated for Salmon Rushdie to be killed for having written words. It was all over between us. 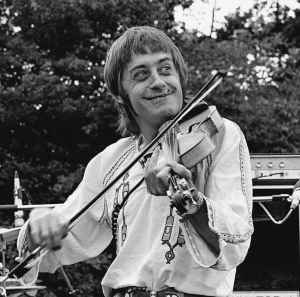 Now began my real youth and I promptly fell in love with Dave Swarbrick, the fiddle player in Fairport Convention. It was at a concert in my hometown when I was 16 I saw him, so cheeky and a virtuoso on the violin. He is the only one of my distance infatuations I have been in the same room with, (not counting D'Artagnan but he was in a book in the same room.) My first trip abroad happened that year. I went by myself to Shetland to visit a friend I had bumped into... somewhere. We went together to London where I realised I must always live abroad. When I came home, or maybe the next year, Swarbrick had grown a moustache. It was all over between us. (He later became morbidly obese and smoked himself to death. But I still listen to the music.) 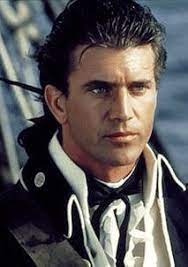 Becoming busy with real life boyfriends, I hardly had time to cultivate fantasy ones, not even with fictional characters. But then came 1981 and the film Gallipoli starring Mel Gibson. Holy mother of phwoaaaar, kill me now, etc. This was the ideal man for me. He kept churning out films, Mad Max 2, The Bounty, The Year of Living Dangerously, in which his talents and attractiveness just increased and increased. What a pity he would turn into an action hero. Still, I loved him for many years until I went to China and found 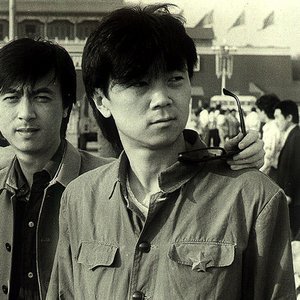 Cui Jian, 崔健， China's rock sensation number 1, who had just burst onto the scene the year before I got there. Oh, the heady days of China 1988 and 1989... until June 4th that year, of course. The haunting 一無所有 (I have nothing)

became one of the anthems of the post Tiananmen movement in Hong Kong. Cui Jian! So good looking, great voice and using traditional Chinese instruments and melody lines to play rock! I still listen to his music, but our love couldn't last, because I left Beijing for Hong Kong, where I discovered 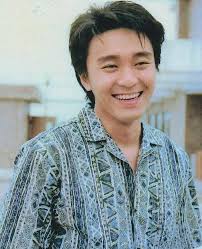 . He parodied every cliché in Chinese films, costume dramas and karaoke videos, and coined lots of Cantonese phrases with his "mou lei tau"* style humour. I kept a photo of him on my pager (yes pager, this was right at the beginning of mobile phones the size and weight of a tree trunk and in fact they became something of a favourite murder weapon of triads) but was forced to burn it symbolically in an ashtray on my wedding day to another Hong Kong guy. So it was all over between Chow and me.

Living in exile in Spain, I no longer have any photo or film loves to cultivate. My only love now is - you guessed it - Cantonese!

If you are trying to learn Cantonese, I strongly suggest watching Chow's impressive canon of work, especially the early films. AS WELL AS taking lessons from me, of course! This way we can help keep the Hong Kong culture alive. God knows mighty powers are working day and night to eradicate it.