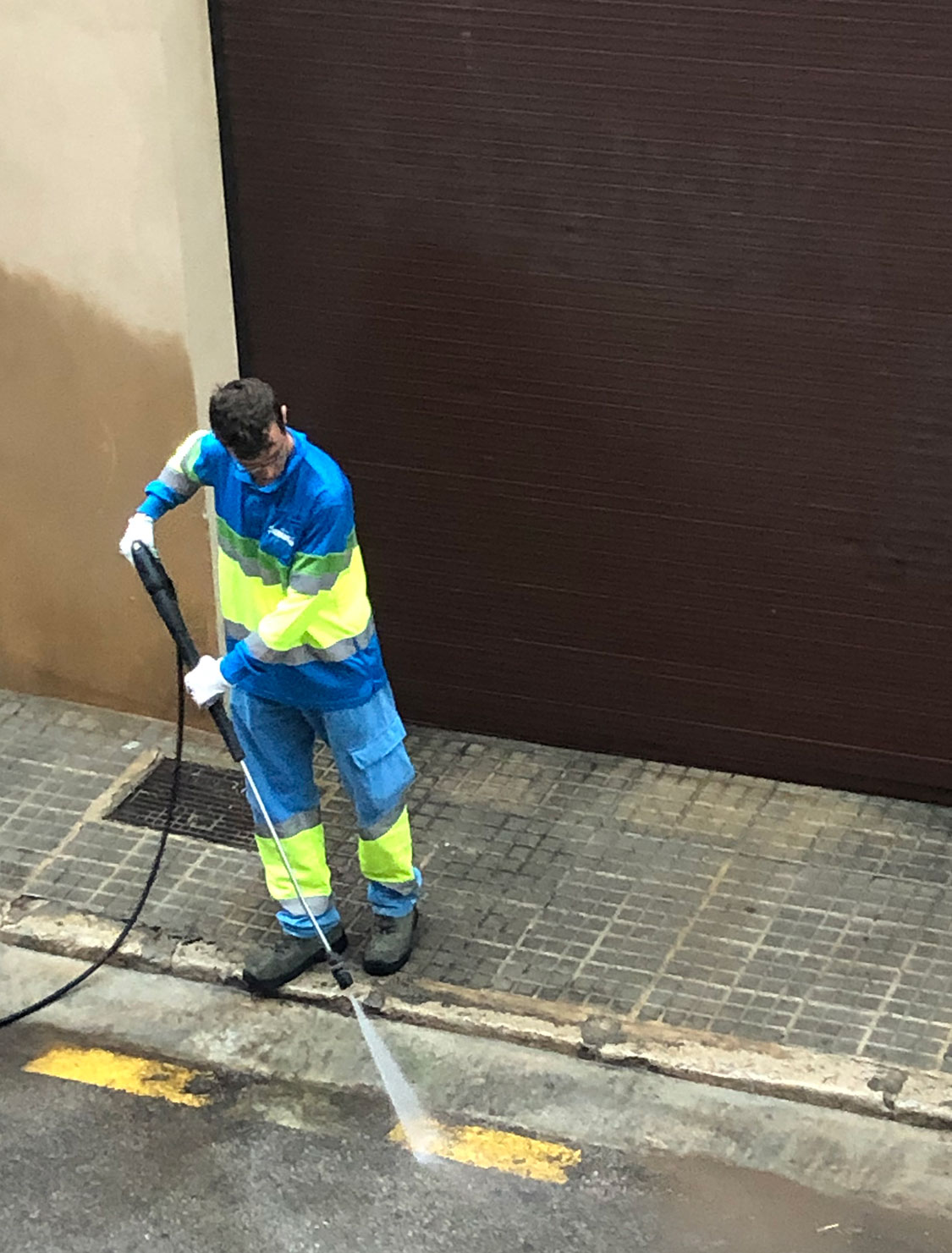 Last week it rained for the first time since March or something, so it was natural for the municipal services to choose that day to clean the pavement behind the communal dustbins.

I was glad, for that pavement is frequently used as a toilet by happy revellers from the church stairs across the road, where they can drink cheaply and revel loudly. After a few beers nature calls, also loudly, and hey! Behind the dustbins across the road from me we go; it is almost like a real toilet, almost like being at home.  Right?

And behind the dustbins is the chosen receptacle not only for what beer results in either. My dog Koldbrann is a keen seeker out and eater of human poo, and when I  got here I realised there were few places I could have him off the leash for this reason. All the stairs in the neighbourhood are party central on a Saturday night, with the inevitable result. 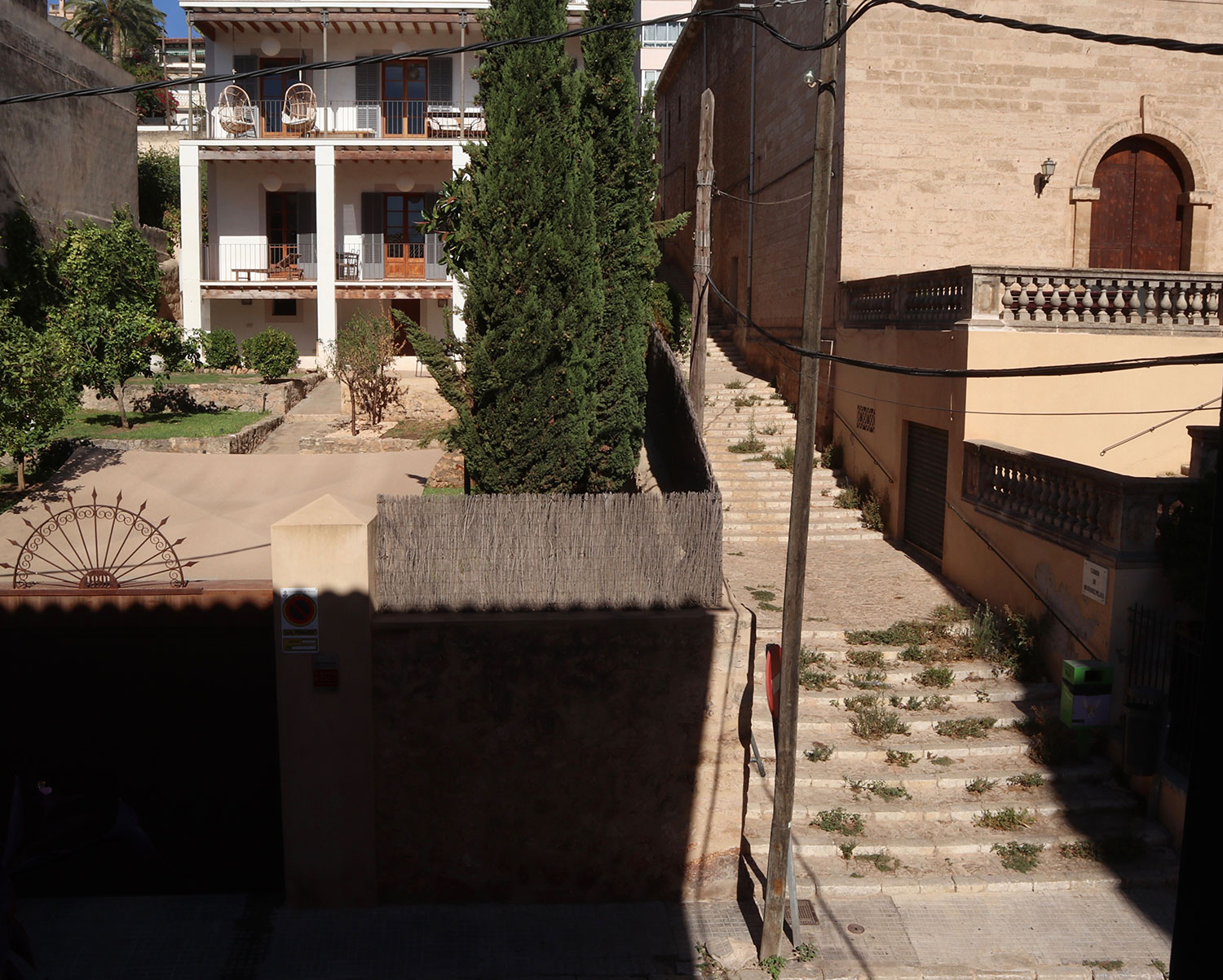 But I normally only find out the poo is imminent when Koldbrann alerts me to it. That wasn't the case last Saturday morning when we were walking in nice middle class area Son Armadams on our way home from early dog walk. I saw a man who looked to be in trouble, kneeling on the side of a car, facing the pavement. Oh no, was he dying? But I didn't have my phone, nor did I know the emergency number.

Then I realised he wasn't kneeling but crouching. That is to say, squatting. It was light enough to see a blue shirt, then skin where the trousers should be... the bearded face of a 30-something-year-old as he looked straight at me as if asking for a tissue.

But did I give him a tissue? I did not! I reached for Spanish and found the only expression adequately covering the situation was in Cantonese: 你有冇攪錯呀!*

People say all the relieving of oneself in streets and stairs and of course in open wooded areas is because there are no public toilets here in sunny Palma de Mallorca. I don't think that's necessarily true.

Where I lived in the Hong Kong countryside there were five or six public toilets within a 500 metre radius, but that didn't stop happy beach and mountain visitors from letting it rip whenever the fancy took them. How did I know? Because my dog, Piles (a pain in the arse) liked to roll in it. Fortunately Piles was a black but mostly white dog, so it never took me long to realise where the terrible stench came from. 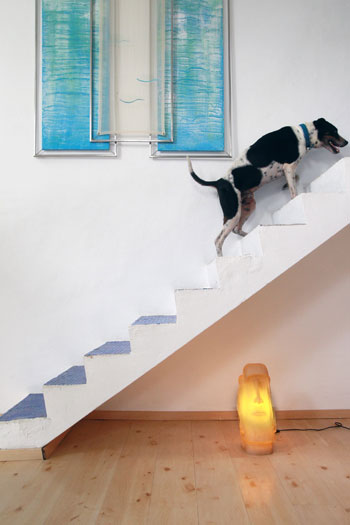 Cleaning his collar was the worst.

In that respect Koldbrann wins hands down, for although his liking for human faeces is somewhat sub optimal; when they're gone they're gone, right down the hatch with not even a lingering whiff.

Talking of Piles, he sadly died of kidney failure in 2011 but his memory lives on as the tiny puppy the Smith family in my Spanish textbook "Plonkers Abroad - Learn Spanish without Really Trying" acquire, thinking he is a teacup poodle. 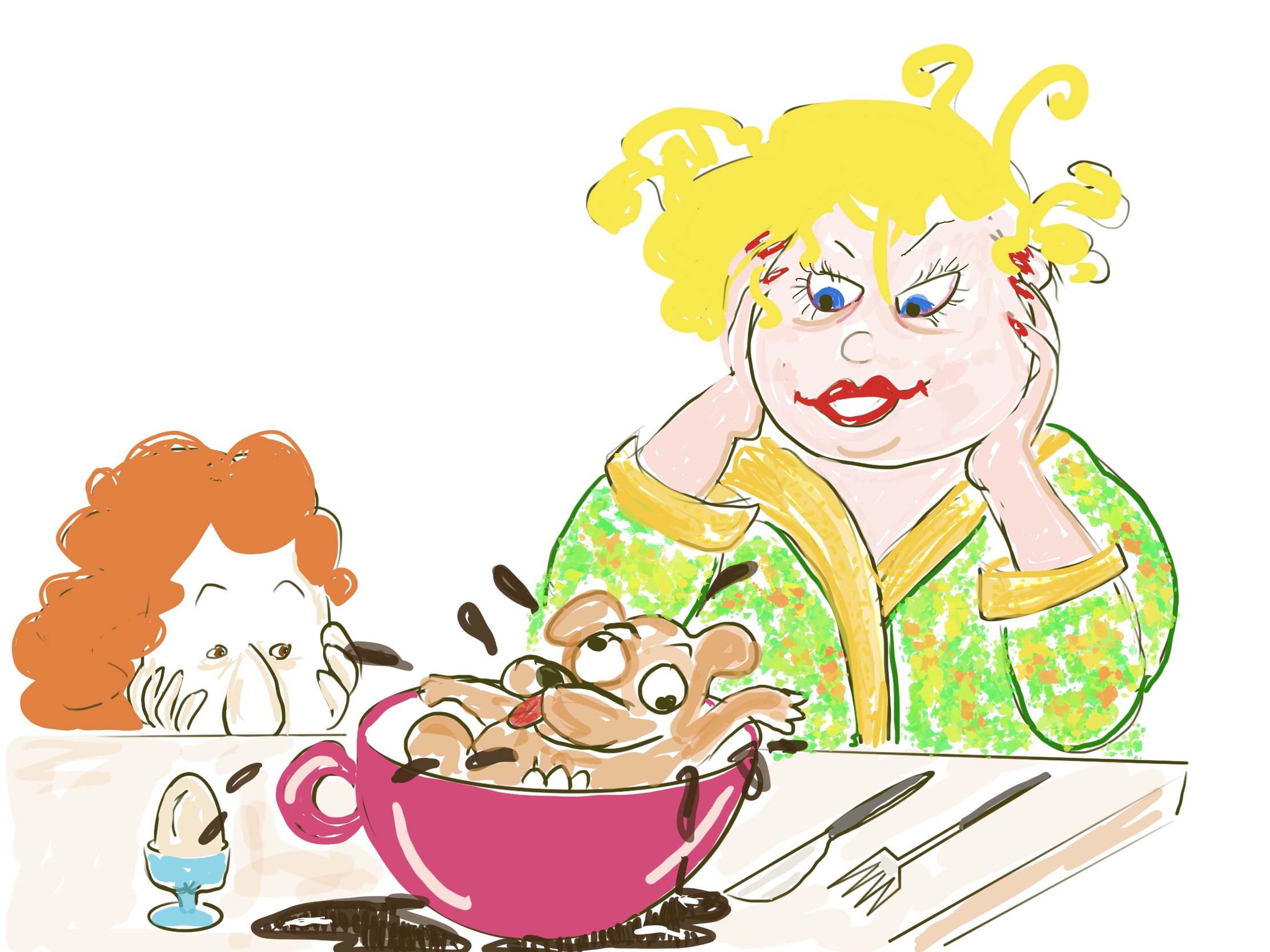 He turns out to be more of a Great Dane, admittedly with a fondness for teacups.

Oh! If I had only spoken Spanish as well as I do Cantonese that day with the crouching reveller, and especially a few minutes later when I saw two guys knocking over a large recycling dustbin for plastic bottles and metal!

Then I wouldn't have had to resort to 你有冇攪錯呀* or any other Cantonese OR English expression, but could have said Un poco de civismo, ¡por favor!

If you don't know what that means but want to, you can join my book editor Heather in her Spanish group in Palma next month.

Meanwhile, Learn Cantonese the Natural Way - from a Norwegian!

*Today's Cantonese 你有冇攪錯呀 - Lei yau mou gau cho ah! - You must be joking, are you mad, pull the other one, what the hell are you doing, get out of here