Sojourn in Menorca, My Trip to Hong Kong and Cantonese

Oooooooh travel! Menorca! Road trip! It had been so long, I couldn't remember how to do it.

Fortunately my excellent friend, also called Cecilie, came over from Norway to help, and to steer the car. That's right, I don't have a licence. So? 30 years in Hong Kong will do that to a person.

I managed to book some hotel rooms and ferry tickets at least, but soon realised what had looked like downtown Mahon on the map was actually near a roundabout and petrol station 5 km out of town. No worries - while C relaxed in the pool I did something I hadn't done in what seemed like years: Took a walk in the sun. Free and free! Just strolling along with the sun on my face. It felt so good, I decided to do it again this year.

I ended up in Es Castell, a charming little harbour which, like so many other little harbours in Menorca, manages to look like a little fishing village in Dorset. And small wonder, because the English strategically occupied Menorca three times, building roads and infrastructure and apparently becoming quite popular. Like they were in Hong Kong!

Yes, how many times the last five something years I lived there did I hear people like taxi drivers sigh wistfully: "I wish the British would come back." I don't think many HK people today, if they were free to speak honestly, would say that life under the commie heal is much better. But that's speculation of course.

Another legacy of the British or perhaps another of the many occupiers of the island, or of course the Menorcan islanders themselves, is a pride in their environment. Menorca is so clean! Orderly! Even in the larger towns Ciutadella and Mahon there is none of the debris you find all around the streets and countryside of Mallorca and Hong Kong - plastic bags, plastic bottles, cans... and of course paper face masks made in China. 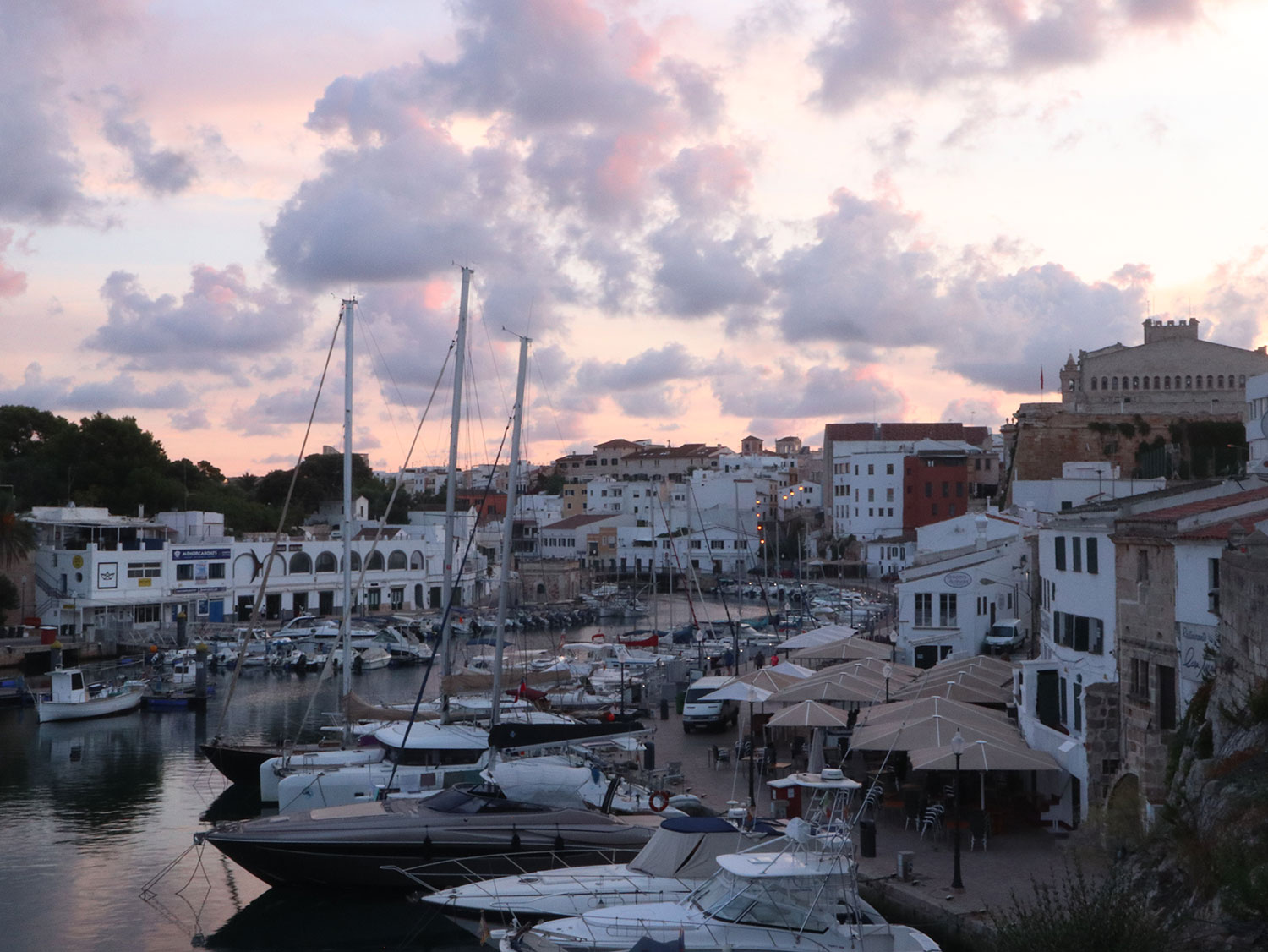 Talking of masks; on the ferry between Alcudia and Menorca, they still kept up the conceit of having to wear a mask in the enormous, airy salon. As you enter, a member of staff, very apologetic, hands you a fresh paper mask made in China.  It made me gag to have that scratchy paper near my skin again. And it made me think about Hong Kong, where I am going soon. In Hong Kong they are still doing the outdoor mask thing, thinking (?) it will save them from Covid. The fine is HK$ 5,000, and is apparently strictly upheld. Of course they need some revenue in their coffers now that people are leaving in by the tens of thousands, and businesses are being slaughtered on purpose.So that will be blogworthy and a half. I have to see those frogs boiling. Almost three years of mask wearing and lockdowns will have done something to their psyches. I will get back to Menorca and its many joys, but for now, sign up sign up for LIVE crash courses in Cantonese, people! I can see you from November 5th onwards.

If you want to know what it says on this mask, sign up for a crash course in Cantonese! Today's Cantonese: 我十一月去香港! O sap yat yuet heui Heung Gong! I 11 month go Hong Kong!