The Former Beauty of China

One of the reasons why I just had to leave Hong Kong after 30 years there and in China, is that everything had become so damned ugly. It was just high rises of 80 floors or more; cold, sterile, forbidding; glass and metal canyons. It made me feel like an ant. Look at this streetscape of Hong Kong:

All the signs are gone. The famous neon signs are all but gone, as are most street markets and anything that's cool and beautiful, the beauty being that it's unique and could only be Hong Kong. Now most of the city consists of shopping malls, high rises and highways. 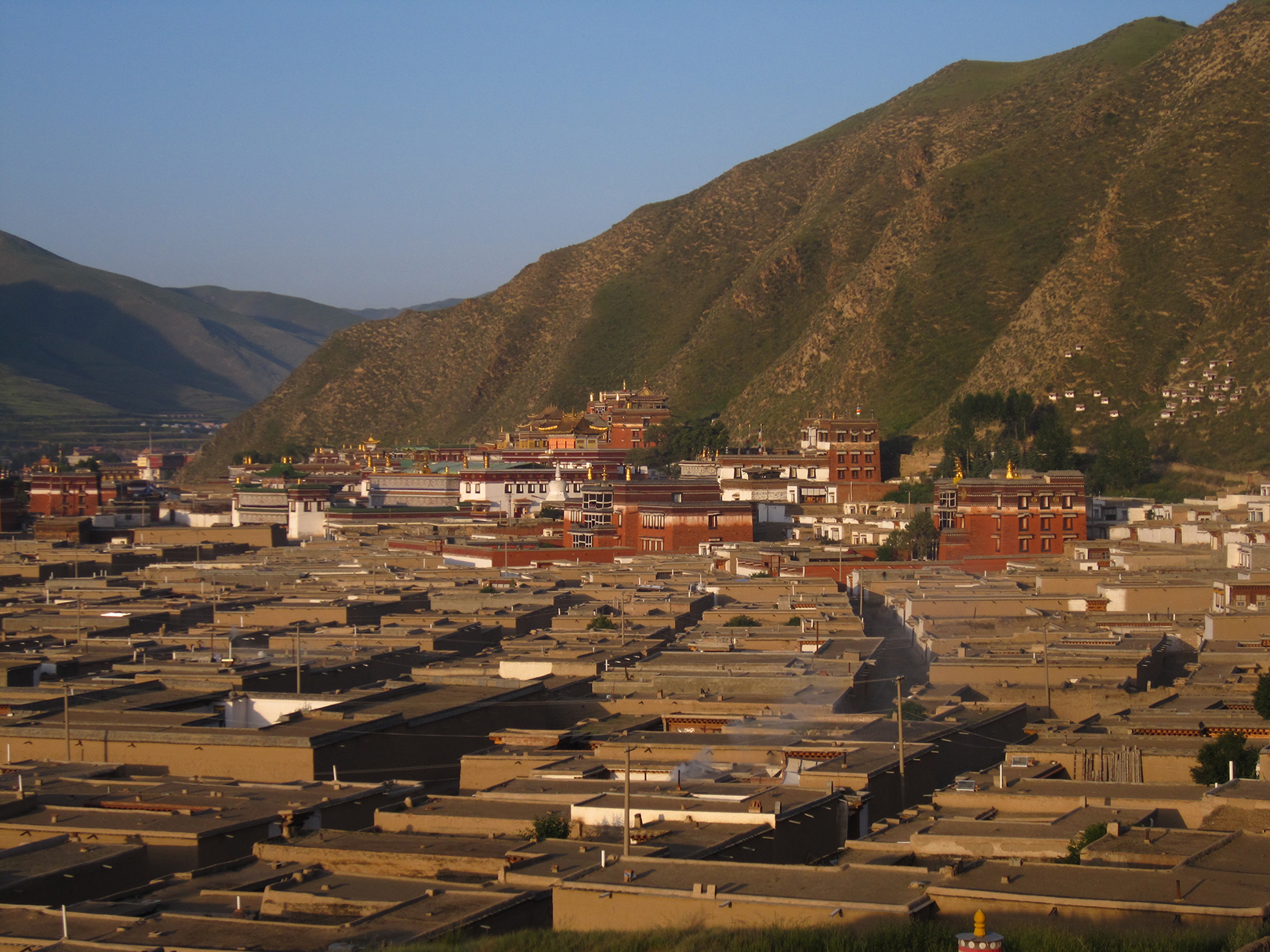 Mainland China, dead set on out- hongkonging Hong Kong at all cost and in addition still on a great momentum started by Mao in the 1950s to get rid of all Chinese culture, is well on the way to becoming a gigantic shopping mall interspersed by highways as well. It hasn't yet succeeded everywhere, what with it being the fourth biggest country in the world and therefore quite a lot of area to get through. You can still find towns like the one above, Xiahe, not yet succumbing to the wrecker's ball. But with the latest push to get rid of all religion, perhaps they will now finally be able to raze the monasteries and build some proper skyscrapers.

I understand that people don't want to live in hovels, but when it comes to visual beauty, the shiny new stuff just doesn't cut it. 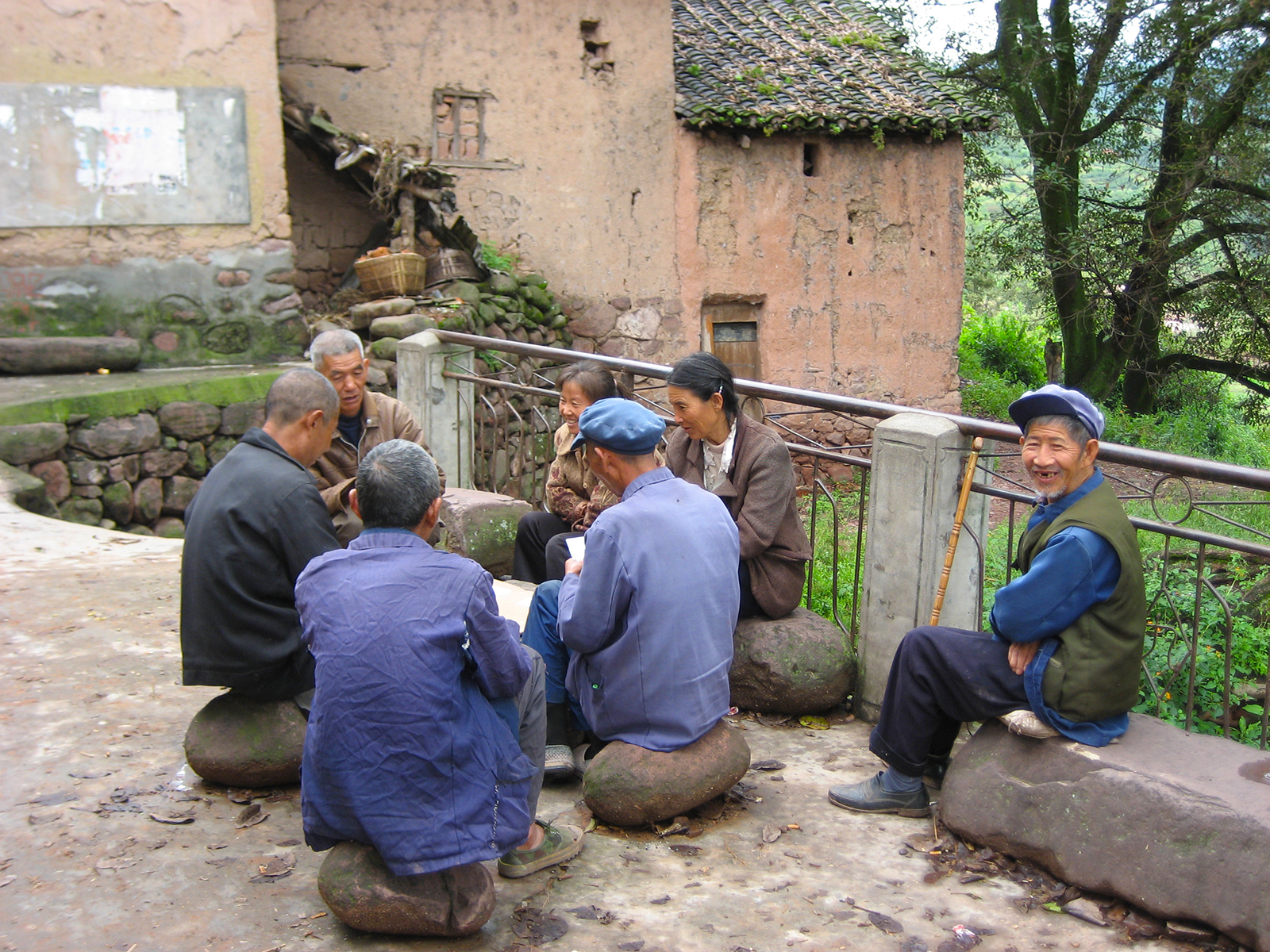 So because I couldn't very well ask Chinese and Hong Kong people to keep living like they did 30 years ago just in case I should drop by and want to take a photo, I had to leave. It was the only thing I could do. And guess what? I miss China, but, like the past itself,  it's a China that no longer exists. Now I live among beauty again.

Bellver Castle, King of the Hill

Of all the superb things of El Terreno in Palma de Mallorca, where I have been living for more than eight months now after 30 years in China, Bellver Castle is possibly the most superb. I mean, imagine living a few minutes' walk (16) away from a real castle, one of only two circular-shaped castles in Europe and the only one in Spain, and look at and touch the same stones that were laid in 1310! That's the kind of thing that impresses me. I want to see and touch history, not just read about it or, as in Hong Kong, be frankly a bit insulted when a street with nothing but shiny 120 floor high rises, suddenly has a plaque with a photo of what it used to look like, calling it "Heritage Trail".

As castles go it's not particularly big, and you can see everything, including a view of all of Palma from the top, in about an hour.

But on the ground floor the City of Palma has set up a truly excellent permanent exhibition of the history of the castle and of Palma, in well-made, easy to read posters and pictures. That's really worth spending another hour on! If you get tired, you can alway repair to the charming café outside, where you can enjoy cakes and what not.

The castle was originally built to be the summer cabin thing for kings visiting from the mainland, but was never used for that. Instead, it immediately turned into a prison where many an illustrious geezer languished, mainly for saying and writing things. Sigh.

Ah, Bellver! So beautiful. I look at it every day, and touch it as often as I can, which is also most days, on dog walks.

I have found my perfect Chinese restaurant in Palma. Admittedly, it's not within the requested 8 minute walk radius from my gaff, but still close; 25 minutes. And anyway, who cares when it's so, so worth it? 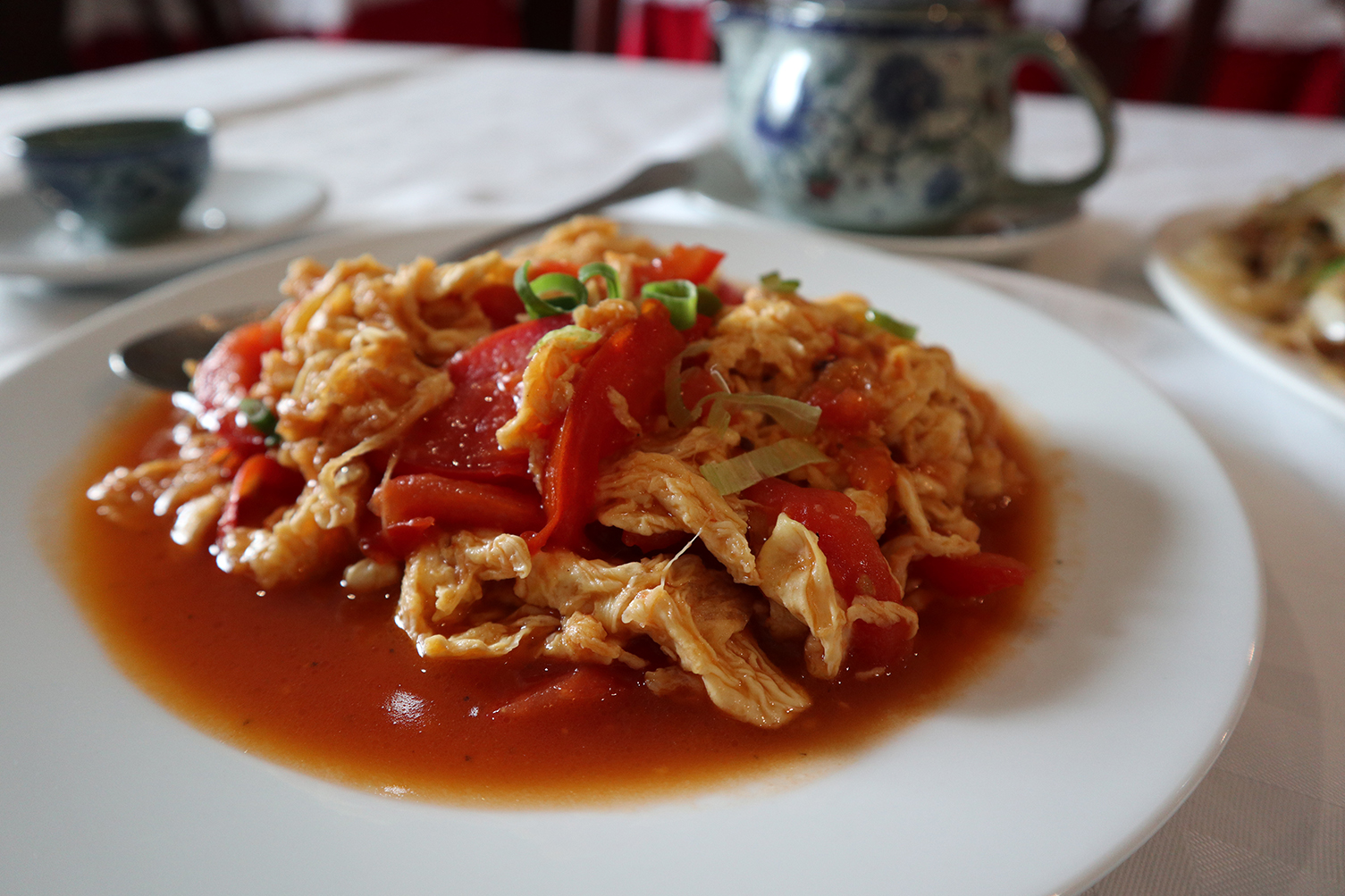 I road tested it the other day on possibly the most connoisseury food connoisseur I know, Ellen. She has been with me through thick and thin in China, travelling on all conceivable types of transport and, like the Chinese themselves, eating everything with legs except the table. 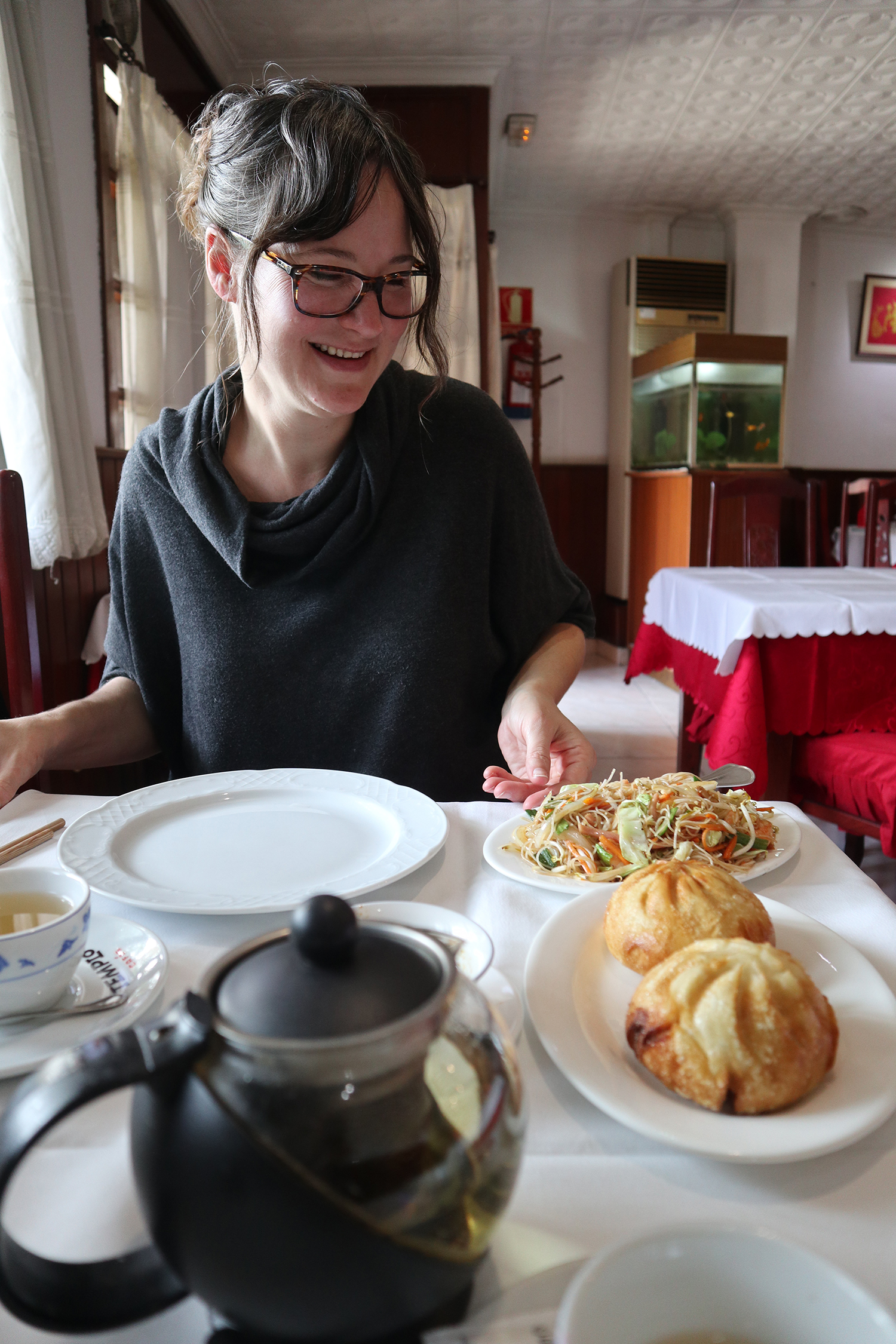 Here she is smiling at food in the Kung Fu Restaurant in Santa Catalina. And there is much at which to smile: We're eating Chinese food together again for the first time in six years, the food is superb, up to normal Chinese standard in fact, and they even have (some) dim sum! 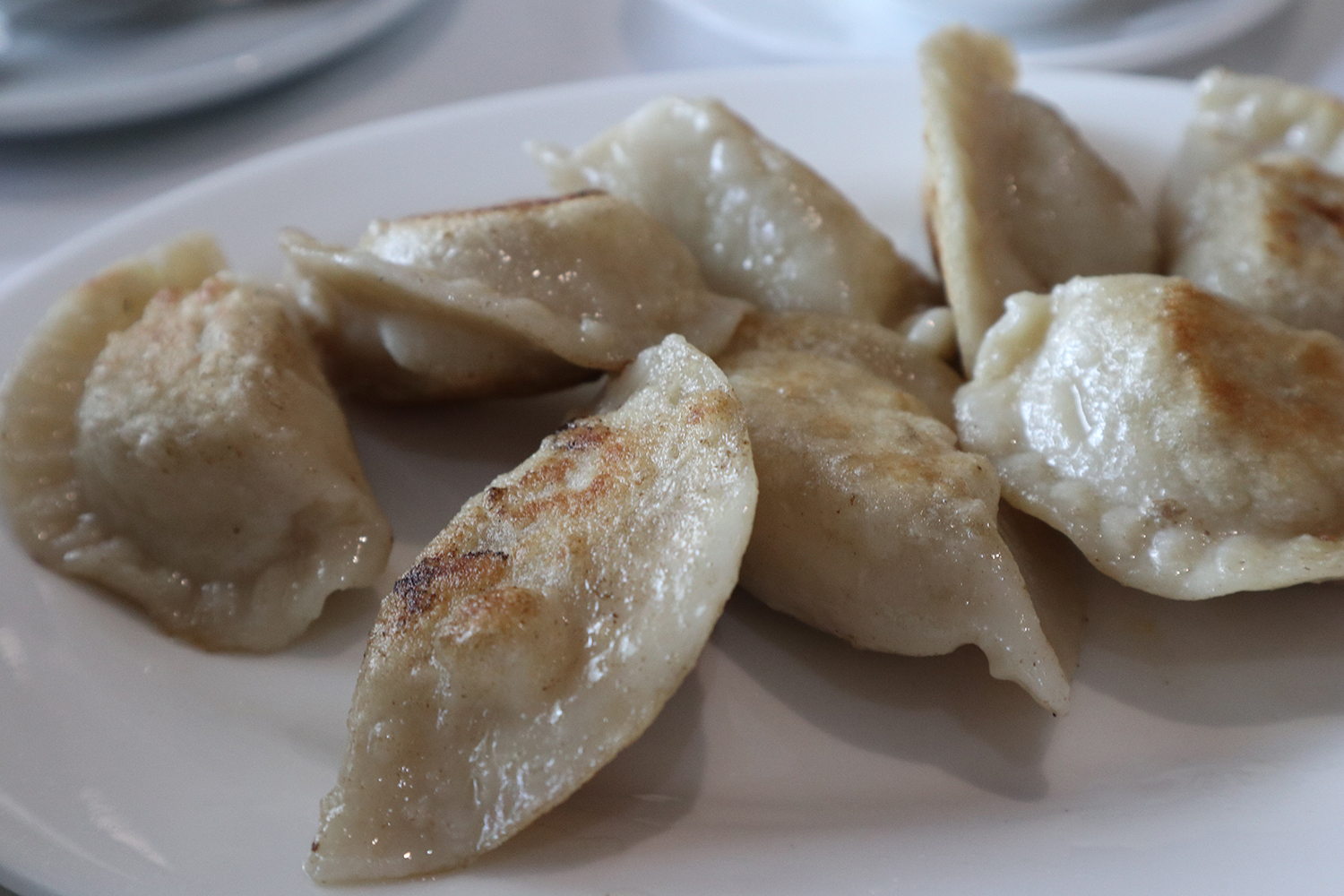 And real tea! And best of all, as I discovered yesterday on my 4th visit: 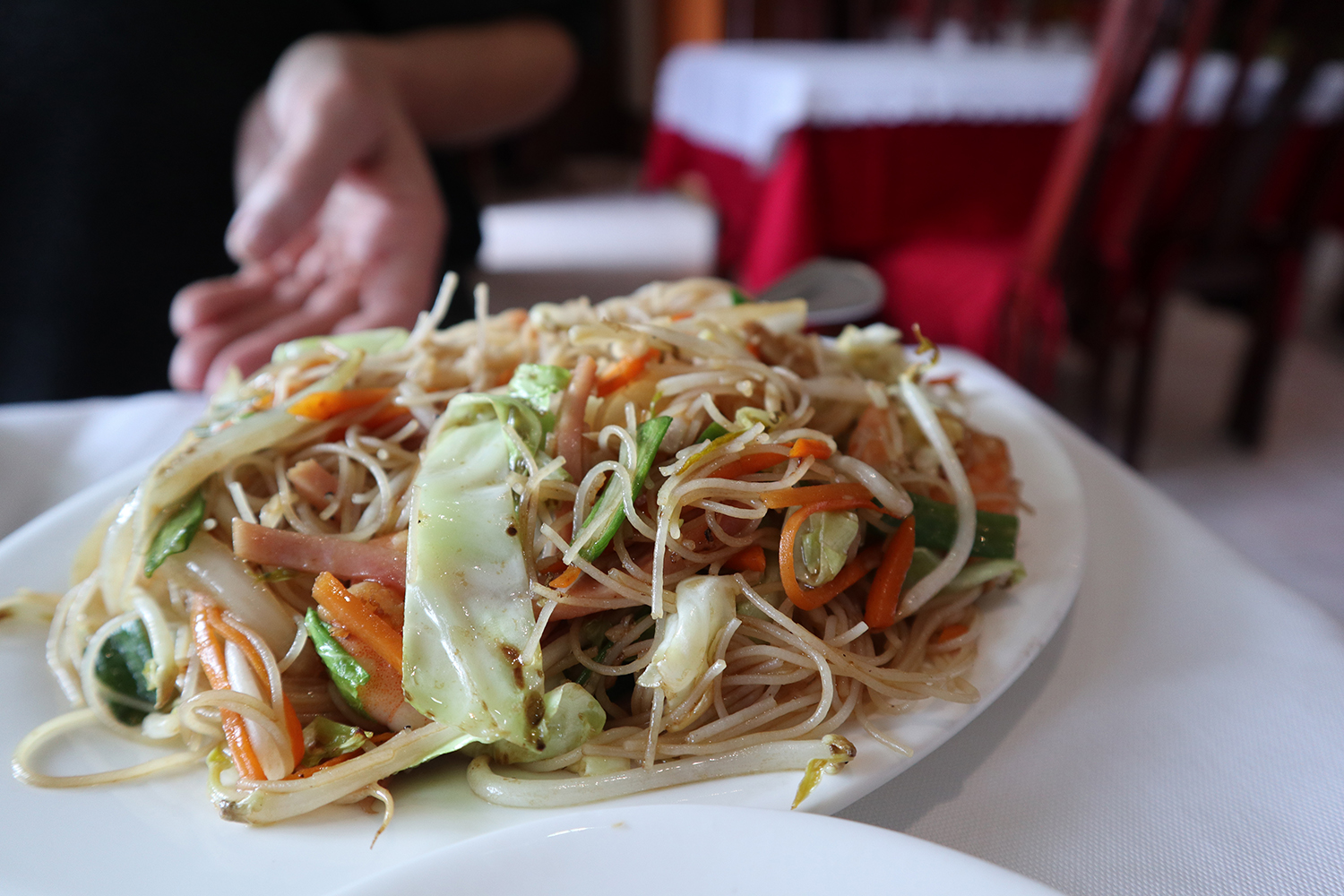 THE WAITRESS SPEAKS CANTONESE!!!! In fact she IS Cantonese, from Guangdong province itself, the cradle of Cantonese from which the tirelessly working Chinese Government has now managed more or less to eradicate Cantonese among the younger generation. Well done, chaps. It was a long hard slog but you succeeded.

Without a doubt, more about Kung Fu soon. Very soon.

Further to yesterday's post about the excellent talk by Jane Choy-Thurlow about the wonderful painter Vermeer, as a former Hong Kong dweller I was naturally interested in her surname, Choy. I had the chance to talk to her and her husband afterwards, and it turned out she had taken her husband's surname. His father had been born in Shenzhen, nowadays paradise of tailors and foot massage but probably not when the family got the hell out of there and settled in The Netherlands where the father married a local woman.

Unfortunately mr. Choy couldn't speak Cantonese and couldn't read Chinese characters, but he showed me his name in Chinese. Of a sort. For somehow, although the family escaped before Communism had had a chance to ruin the Chinese written language, his name is now recorded in simplified characters.

I can't tell you how much I hate simplified characters, or 'crippled characters' as some Hong Kong people sensibly call them.

Here is mister Choy's real name: 蔡雲燦  but in simplified characters it's (oh, how it hurts to even let a machine write this) 蔡云灿

The communists' excuse for murdering the language was that there were so many illiterates in China and they wanted to make it easier for them to read. An admirable gesture, to be sure. But seeing how their main plan was to destroy Chinese history and society, I think simplified characters were rather invented to break the link with the past - the written word -  and to enable peasants to read the 'Big Character' propaganda posters the Maoists put up everywhere and which are still a blight on the Chinese landscape today. Write it big enough and often enough and the people will comply, was the idea.

Here is what I think about simplified characters:

By the way, I'm sure you're interested to know what the characters mean and to take Cantonese lessons from me, live or on Skype? Here's a free lesson!

雲 Wan. Cloud. Yes, I know mister Choy's family called him Wang - perhaps they thought it easier for a Western audience? We have seen in Hong Kong that the Romanisation of characters is not a thing they take very seriously, resulting in many a hilarious taxi ride. I mean, how did 九龍 (Gau Long) suddenly become "Kow Loon"?